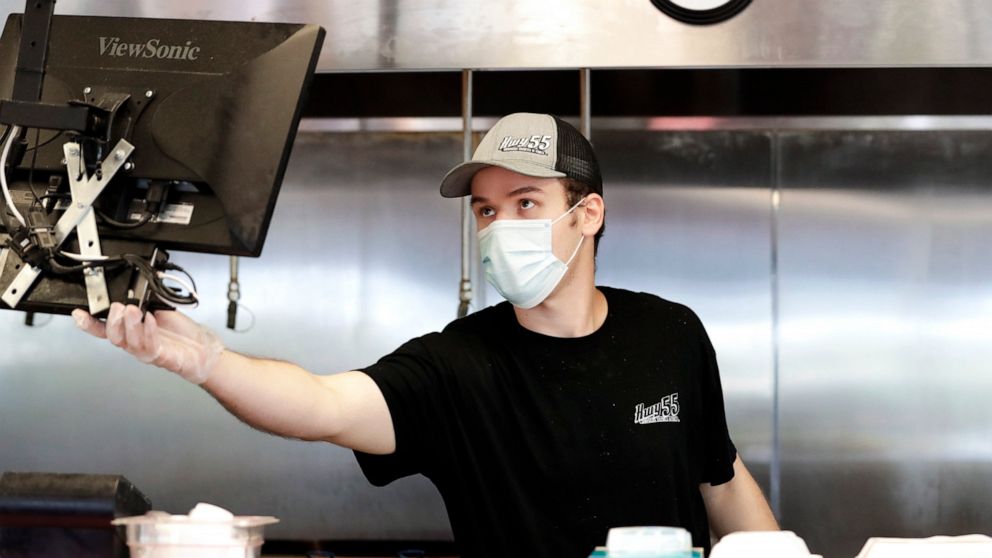 RIO DE JANEIRO — Brazil is emerging as potentially the next big hot spot for the coronavirus amid President Jair Bolsonaro’s insistence that it is just a “little flu” and that there is no need for the sharp restrictions that have slowed the infection’s spread in Europe and the U.S.

As some U.S. states and European countries moved gradually Monday to ease their limits on movement and commerce, the intensifying outbreak in Brazil — Latin America’s biggest country, with 211 million people — pushed some hospitals to the breaking point, with signs that a growing number of victims are now dying at home.

“We have all the conditions here for the pandemic to become much more serious,” said Paulo Brandão, a virologist at the University of Sao Paulo.

Brazil officially reported about 4,500 deaths and almost 67,000 confirmed infections. But the true numbers there, as in many other countries, are believed to be vastly higher given the lack of testing and the many people without severe symptoms who haven’t sought hospital care.

Some scientists said over 1 million in Brazil are probably infected. The country is heading into winter, which can worsen respiratory illnesses.

Worldwide, the death toll topped 210,000, according to a tally by Johns Hopkins University. The number of dead in the U.S. surpassed 55,000 — close to the 58,000 U.S. troops killed during the Vietnam War. Italy, Britain, Spain and France accounted for more than 20,000 deaths each.

— U.S. President Donald Trump said Monday that deaths in the United States from the coronavirus could reach as high as 70,000, after putting the number at 60,000 several times earlier this month.

— The Trump administration worked to draw up new guidelines for how restaurants, schools, churches and businesses can safely reopen. The administration also unveiled a “blueprint” for states to scale up their virus testing in the coming week. Still, there were doubts from public health experts that the new testing targets were sufficient.

— The U.S. Centers for Disease Control and Prevention expanded the list of people to be prioritized for virus testing to include those who show no symptoms but are in high-risk settings such as nursing homes.

— British Prime Minister Boris Johnson returned to work after a bout with the virus and warned strongly against easing his own country’s lockdown too soon: “I refuse to throw away all the effort and the sacrifice of the British people and to risk a second major outbreak and huge loss of life.”

— New York canceled its Democratic presidential primary, set for June 23, since Bernie Sanders has already conceded the nomination to Joe Biden. In a bit of encouraging news, the state reported 337 deaths for the lowest daily count this month, down from nearly 800 almost three weeks ago.

— Massachusetts recorded its 3,000th known death from the virus. The state is “still in the surge and very much in the fight against COVID-19,” Gov. Charlie Baker said.

In Brazil, Bolsonaro has disputed the seriousness of the coronavirus and said people need to resume their lives to prevent an economic meltdown. But most state governors in the country have adopted restrictions to slow the spread and pushed people to stay at home.

In mid-April, Bolsonaro fired his popular health minister after a series of disagreements over efforts to contain the virus, replacing him with an advocate for reopening the economy. Residents protested, leaning out their windows to bang pots and pans.

Medical officials in Rio de Janeiro and at least four other major cities have warned that their hospital systems are on the verge of collapse or too overwhelmed to take any more patients.

Officials in Sao Paulo — the largest city in South America, a tightly packed metropolitan area of over 21 million residents, many living in poverty — have issued death certificates over the past two weeks for 236 people who succumbed at home, double the number before the outbreak, according to the SAMU paramedic service.

Manaus, an Amazon city of 1.8 million, recorded 142 deaths on Sunday, the most yet, including 41 who died at home. In the main cemetery, workers have been digging mass graves. Brazil’s funeral industry warned last week that the city was running out of coffins and “there could soon be corpses left on corners.”

In the U.S., the governors of Nevada and Colorado announced their states will join California, Oregon and Washington state in coordinating their reopenings. The governors of all five states are Democrats.

At Plucked Up Chicken & Biscuits in Columbus, Georgia, eight regulars showed up in the morning to have their coffee and breakfast and “chatted at each other across the room,” manager Alesha Webster said. But only 10 customers could be inside at a time, well below the capacity of 45.

Alex Brounstein, owner of the Atlanta-based chain Grindhouse Killer Burgers, had no plans to reopen right away. “You’re talking about people putting their mouths on things in your restaurant. You now have dirty dishes going back into your kitchen. To me, it’s just completely illogical,” he said.

Texas Gov. Greg Abbott on Monday outlined a slow reopening, allowing restaurants, retailers, movie theaters and malls to start letting customers trickle into their establishments starting Friday. The state has one of the world’s largest economies.

Technology is likely to play an important role in helping countries ease their restrictions. Many countries, including Italy, France, Switzerland and Britain, are working on virus-tracking apps and other means of reducing the labor-intensive task of tracing infected people’s contacts.

In Australia, with about 80 COVID-19 deaths, 1.1 million of the country’s 26 million people downloaded a new contact-tracing app within 12 hours of its becoming available.

Biller and De Sousa reported from Rio de Janeiro and Geller from New York. Associated Press journalists around the world contributed to this report.