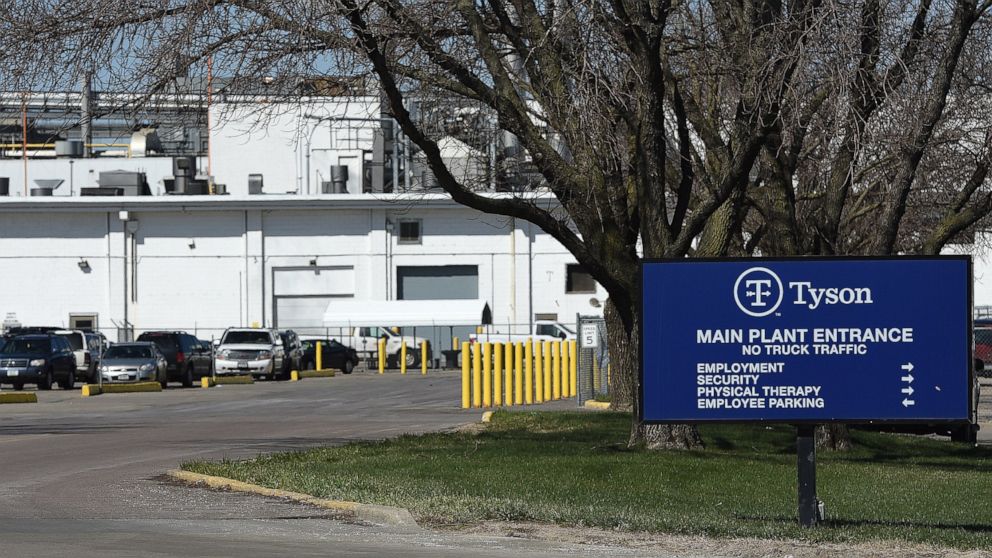 O’FALLON, Mo. — The world’s largest pork producer told a judge in Missouri on Thursday that it was working as quickly as it can to comply with federal guidelines that seek to slow the spread of the coronavirus but that it needs some flexibility in an industry where people typically work side by side.

The comments from a lawyer for Smithfield Foods came as a judge weighed whether to issue a mandatory injunction requiring a rural Missouri meat plant to abide by federal guidelines. The lawsuit, filed by a worker identified only as Jane Doe, accuses the Virginia-based company of not doing enough to protect workers.

The worker’s attorney, David Muraskin, told the judge that the pork processing plant in Milan, Missouri, is not requiring workers to stand 6 feet (1.83 meters) apart, is using “small, flimsy” plexiglass to separate workers in break rooms, and is not performing adequate testing for the coronavirus that causes COVID-19.

The hearing came as the state health department revealed that 92 asymptomatic workers at another pork plant had tested positive for the virus. The health department this week tested more than 2,200 workers at Triumph Foods in St. Joseph, where 34 employees with symptoms had previously tested positive. The agency so far has results for 707 workers, with results for 1,500 others still pending. The plant remains open.

“Having this important information will now allow those individuals, who have not been showing symptoms, to self-isolate,” the company said in a statement. “This is good for our workforce, their families and our community.”

Also Thursday, Tyson Foods announced that it was closing a massive beef processing plant in Nebraska from Friday to Monday for deep cleaning after hundreds of people in surrounding communities tested positive for the virus.

President Donald Trump issued an executive order this week requiring meatpacking plants to stay open amid the coronavirus crisis after more than 20 plants suspended operations under pressure from local authorities and their own workers. The order was widely seen as giving processors protection from liability for workers who become sick on the job, and it came soon after the Missouri lawsuit against Smithfield Foods.

U.S. District Judge Greg Kays offered no timetable Thursday on when he would issue a ruling in the Missouri case. Kays earlier issued a preliminary order telling Smithfield to follow guidance from the Occupational Safety and Health Administration and the U.S. Centers for Disease Control and Prevention.

Milan is in a remote area of northern Missouri. While hundreds of meat plant workers across the country have tested positive for the coronavirus, Sullivan County, where Milan is located, has no confirmed cases, according to the state health department. But Muraskin said the “risk of harm” merits the injunction.

Missouri’s health department said Thursday that it tested all 707 asymptomatic workers at another meat plant, operated by Triumph Foods in St. Joseph, and 92 employees tested positive. That was in addition to 34 employees who previously tested positive.

During the court hearing, Muraskin also cited concerns that Smithfield is paying sick leave only to workers who have tested positive for the virus and are quarantined, while CDC guidance calls for workers with symptoms to stay home.

“They believe they can pick and choose which CDC guidelines to follow,” Muraskin said.

Smithfield attorney Alexandra Cunningham told the judge that the company is doing everything it can to protect workers, consistent with OSHA and CDC guidelines. But she said addressing issues like social distancing “requires a level of judgment” that has some flexibility.

“We are doing what we can as fast as we can,” Cunningham said.

Tyson Foods’ decision to suspend operations at its Dakota City, Nebraska, beef plant followed a surge of coronavirus cases in the area, including in nearby Sioux City, Iowa. Tyson previously disclosed that some of the plant’s 4,300 workers had tested positive for the virus, but it has not said how many. The Arkansas-based company said it was screening Dakota City employees for the virus this week with the help of the Nebraska National Guard.

In Kansas, four counties with packing plants — Seward, Ford, Finney and Lyon — are in the top five of the state’s 105 counties in terms of number of confirmed coronavirus cases per capita. But U.S. Rep. Roger Marshall of Kansas said that after a recent visit to some plants, he believes they are safe.