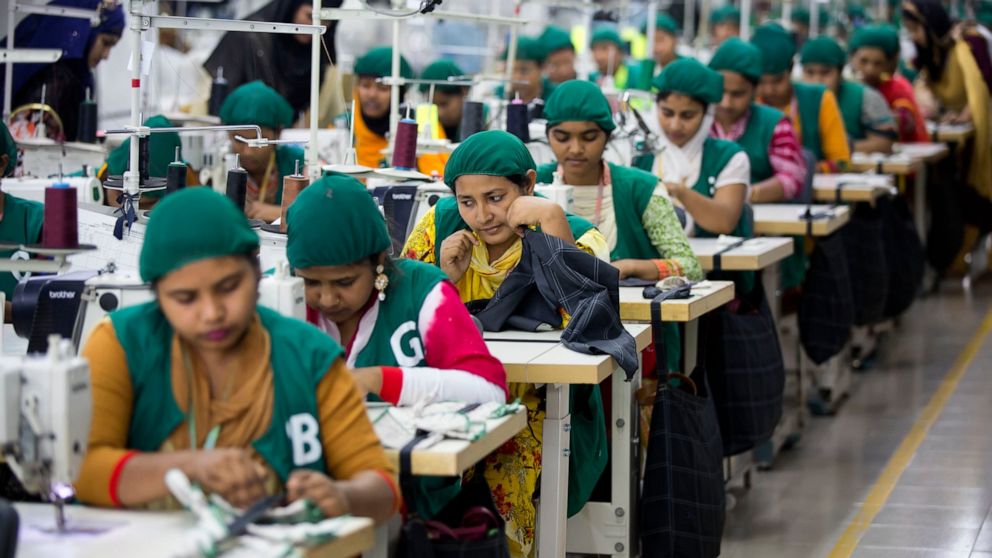 DHAKA, Bangladesh — Bangladesh has reopened hundreds of its garment factories this week after nearly one month of closures to fight the coronavirus pandemic in a move critics say risks igniting a sharp increase in infections among workers.

An industry group said about 850 factories are operating with fewer workers than usual and following safety guidelines. Labor advocates say not enough is being done to ensure safety for the 4 million workers in Bangladesh’s roughly 4,000 garment factories.

The number of factories that have reopened is in dispute. Activists and analysts said Friday about 2,000 garment factories have restarted production.

The Bangladesh Garment Manufacturers and Exporters Association says only 850 factories had opened by Thursday, using a limited number of workers who live nearby.

“The global brands are happy to see the factories opening up as otherwise a whole season would have been lost,” Mohammad Abdur Razzak, secretary of the industry group, said in an email.

Razzak said the factories were complying with health guidelines and that inspections found that only four of 105 visited were not meeting standards.

As is true elsewhere workers and their employers are torn between suffering still more loss of income by staying closed and risking a surge in infections if they stop taking precautions too soon.

The resumption of manufacturing followed a government decision to allow companies to reopen that was made under heavy pressure from businesses. Factories went ahead, fearing they might lose business to competitors in Vietnam, Cambodia, India, Sri Lanka and India.

A senior government health official in a major industrial zone near Dhaka urged factories to close down again.

Bangladesh has confirmed 7,667 people infected with coronavirus and 168 deaths since its first case was reported on March 8. About 500 new cases are being confirmed daily in the nation of 160 million people, which has only 25 testing facilities and a fragile healthcare system.

Thousands of workers reportedly are rushing back to reclaim their jobs in the capital, Dhaka and nearby industrial districts, alarming labor advocates.

“Who will take the responsibility if hundreds of workers become ill?” said Kalpona Akter, executive director of the Bangladesh Center for Workers Solidarity.

Ahsan H. Mansur, executive director of the local think tank Policy Research Institute, said at least another week should have been allowed to better prepare for reopening.

“The factories have resumed operations without giving it much thought,” he said. “There is a huge risk of virus transmission among workers.”