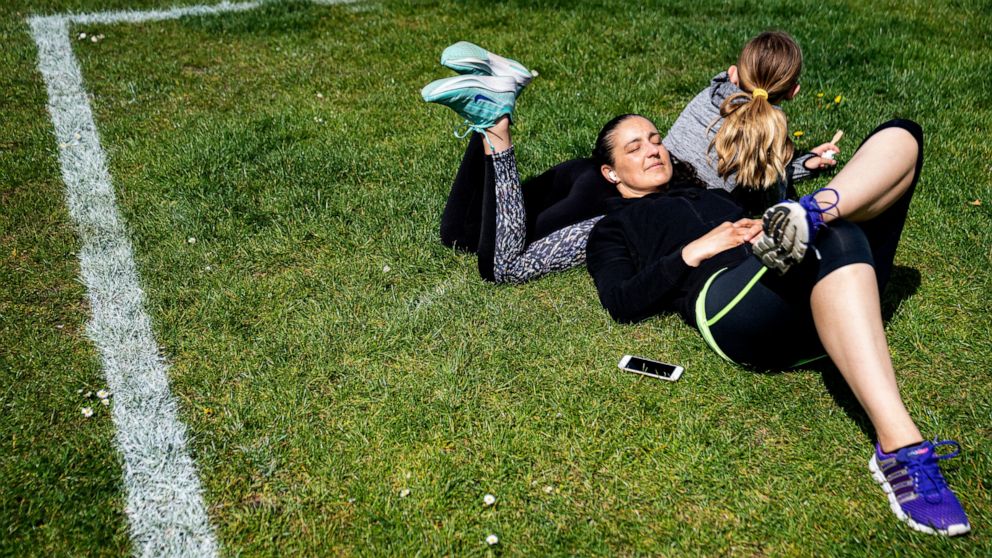 ROME — While millions of people took advantage of easing coronavirus lockdowns to enjoy the outdoors, some of the world’s most populous countries reported worrisome new peaks in infections Sunday, including India, which saw its biggest single-day jump yet.

Second in population only to China, India reported more than 2,600 new infections. In Russia, new cases exceeded 10,000 for the first time. The confirmed total death toll in Britain climbed near that of Italy, the epicenter of Europe’s outbreak, even though the U.K. population is younger than Italy’s and Britain had more time to prepare.

The United States continues to see tens of thousands of new infections each day, with more than 1,400 additional deaths reported Saturday.

Health experts have warned of a potential second wave of infections unless testing is expanded dramatically once the lockdowns are relaxed. But pressure to reopen keeps building after the weekslong shutdown of businesses plunged the global economy into its deepest slump since the 1930s and wiped out millions of jobs.

At a virtual town hall Sunday night, President Donald Trump acknowledged some Americans are worried about getting sick while others are concerned about losing jobs.

Though the administration’s handling of the pandemic, particularly the ability to conduct widespread testing, has come under criticism, the president defended the response and said the nation was ready to begin reopening.

“We have to get it back open safely but as quickly as possible,” Trump said.

China, which reported only two new cases, saw a surge in visitors to tourist spots newly reopened ahead of a five-day holiday that runs through Tuesday. Nearly 1.7 million people visited Beijing parks on the first two days of the holiday, and Shanghai’s main tourist spots welcomed more than 1 million visitors, according to Chinese media. Many spots limited daily visitors to 30% of capacity.

On the eve of Italy’s first steps toward easing restrictions, the Health Ministry reported 174 deaths in the 24-hour period ending Sunday evening — the lowest day-to-day number since the national lockdown began on March 10. Parks and public gardens were set to reopen on Monday.

The 55-year-old Johnson, who spent three nights in intensive care while being treated for COVID-19, told The Sun newspaper that he knew his doctors were preparing for the worst.

“It was a tough old moment, I won’t deny it,’’ he said. “They had a strategy to deal with a ‘death of Stalin’-type scenario’’ if he succumbed to the virus.

Another potentially troubling sign emerged in Afghanistan’s capital of Kabul, where a third of 500 people tested randomly were positive.

In the U.S., New Jersey reopened state parks, though several had to turn people away after reaching a 50% limit in their parking lots. Margie Roebuck and her husband were among the first on the sand at Island Beach State Park.

“Forty-six days in the house was enough,” she said.

Speaking on “Fox News Sunday,” White House coronavirus coordinator Deborah Birx expressed concern about protests by armed and mostly maskless crowds demanding an end to stay-at-home orders and a full reboot of the economy. Trump has encouraged people to “liberate” their states.

“It’s devastatingly worrisome to me personally, because if they go home and infect their grandmother or their grandfather … they will feel guilty for the rest of our lives,” she said. “So we need to protect each other at the same time we’re voicing our discontent.”

If restrictions are lifted too soon, the virus could come back in “small waves in various places around the country,” said Dr. Tom Inglesby, director of the Center for Health Security of the Johns Hopkins Bloomberg School of Public Health.

“Nothing has changed in the underlying dynamics of this virus,” he said on NBC’s “Meet the Press.”

The Republican-majority Senate will reopen Monday in Washington. The Democrat-controlled House of Representatives is staying shuttered. Senate Majority Leader Mitch McConnell’s decision to convene 100 senators gives Trump, a Republican, the imagery he wants of America getting back to work, despite the risks.

Elsewhere, Russia’s latest tally of infections was nearly double the new cases reported a week ago. More than half of Russia’s new cases were in Moscow, where concern is rising about whether the capital’s medical facilities will be overwhelmed.

Indian air force helicopters showered flower petals on hospitals in several cities to thank doctors, nurses and police at the forefront of the battle against the pandemic.

The country’s confirmed cases neared 40,000 as the lockdown of its 1.3 billion people was extended two more weeks, but with some measures relaxed. The official death toll reached 1,323.

And in Mexico City, where authorities expect infections to peak next week, workers will turn the Hernandez Rodriguez Formula 1 racecourse into a temporary hospital for COVID-19 patients. The paddocks and suites along the front straightaway will have eight hospital modules with 24 beds each. The pits will be used as offices for consultations.

Governments have reported 3.5 million infections and more than 247,000 deaths, including more than 67,000 dead in the United States, according to a count by Johns Hopkins University. Deliberately concealed outbreaks, low testing rates and the severe strain the disease has placed on health care systems mean the true scale of the pandemic is undoubtedly much greater.

Gorondi reported from Budapest, Hungary, and Kirka from London. Associated Press journalists around the world contributed to this report.