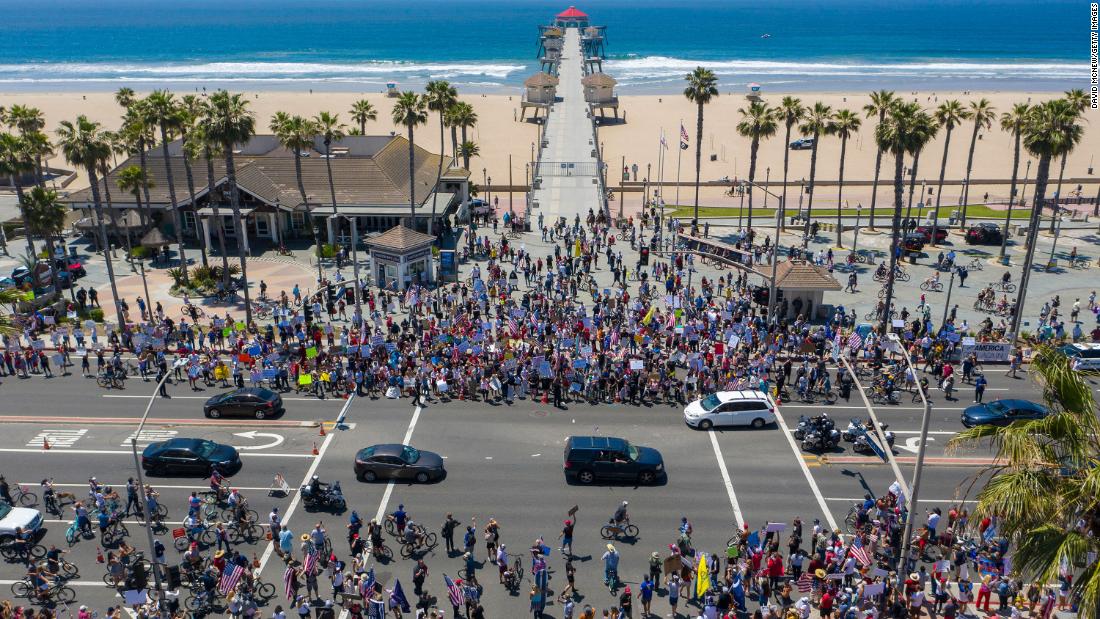 The projections are based on modeling from the federal Centers of Disease Control and Prevention, which were put together into charts and graphics by FEMA.

An administration official confirmed to CNN the authenticity of the report obtained by the Times, which was distributed throughout relevant agencies over the weekend. The official cautioned that the numbers are projections at this point.

When asked for comment, the White House said in a statement that the document obtained by the Times had not been seen by the coronavirus task force.

“This is not a White House document nor has it been presented to the Coronavirus Task Force or gone through interagency vetting,” Deputy White House press secretary Judd Deere said. “This data is not reflective of any of the modeling done by the task force or data that the task force has analyzed.

“The President’s phased guidelines to open up America again are a scientific driven approach that the top health and infectious disease experts in the federal government agreed with. The health of the American people remains President Trump’s top priority and that will continue as we monitor the efforts by states to ease restrictions.”

The increased estimates come as states have eased restrictions and after a weekend many Americans spent outside at protests or enjoying spring days in the park. Florida, Colorado, Indiana, Nebraska, South Carolina and West Virginia, among others, moved to loosen restrictions in an attempt to revive a sputtering economy and calm restless residents.

But the projections make clear that these reopenings come with fatal risks.

“It’s simple logic,” CNN’s senior medical correspondent Elizabeth Cohen said. “When you tell people, ‘Hey, you can go to bars, you can get your nails done, you can go to a restaurant,’ those numbers are going to go up.”

The novel coronavirus’s incubation period — or the time from exposure to developing symptoms — ranges from two to 14 days, according to the CDC, and the virus can even spread among people who show no symptoms at all. With widespread testing still limited, the consequences of these reopenings may not be evident for several weeks.
Even in reopening states, officials continue to recommend people stay at least 6 feet away from others, wear a cloth face mask outside the home, wash their hands frequently and avoid touching their face.

The public pressure to ease restrictions is rising even in states with significant outbreaks. This weekend, thousands gathered in California to protest coronavirus restrictions, leading to 32 arrests at the state capitol. 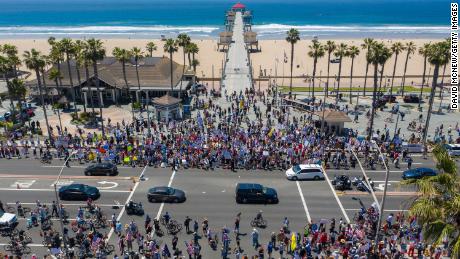 An aerial view shows a crowd of protesters calling to reopen businesses and beaches as the growing the coronavirus pandemic continues to cripple the economy in Huntington Beach, California Friday.

Coronavirus has killed 67,686 people in the US and infected more than 1,150,000 others, according to data from Johns Hopkins University.
President Donald Trump had previously said he expected 65,000 Americans to die, but on Sunday night, he revised that estimated death toll up to 80,000-90,000 people. It may not be the last upward revision; Dr. Deborah Birx, a White House coronavirus task force official, said projections have shown between 100,000 to 240,000 American deaths, even with social distancing.

Other reopenings across the US

Among the other reopenings that started Monday:

— In Colorado, offices can reopen at 50% capacity with other guidelines, including allowing 6 feet between employees’ desks and increased cleaning. Still, the state encourages businesses to allow telecommuting when possible.

— In Florida, the first phase of reopening begins. That phase allows elective surgeries, and restaurants can open for outdoor dining with 6 feet between tables and indoor seating at 25% capacity. Shops can reopen at 25% capacity. Other businesses — including bars, gyms and hair salons — will remain closed.

— In Nebraska, most churches, salons and restaurants can reopen.

— In South Carolina, the “work-or-home” order is being made voluntary and restaurants can begin outdoor dining.

— In Vermont, Gov. Phil Scott expects thousands of residents to return to work after an executive order that allows them to operate with new safety rules. Manufacturing, construction and distribution businesses can operate with 10 or fewer employees.

New York cases declining, but others going up

In some states, the number of coronavirus cases continues to decline, while other areas face challenges.

California is “days, not weeks” away from beginning to lift restrictions to the state’s stay-at-home order, said Gov. Gavin Newsom. But that likely won’t happen across the state. Los Angeles Mayor Eric Garcetti said he does not think the city will reopen earlier than May 15.

Other parts of California are already reopening. In Northern California, restaurants, salons, spas, tattoo parlors, shopping malls and gyms will all be open to residents of Yuba and Sutter counties.

Kentucky Gov. Andy Beshear told reporters Sunday that the state’s coronavirus cases were “at the worst” plateauing. He thanked residents for their social distancing efforts.

“You are saving thousands of lives,” he said. “I’m very proud to be your governor.” 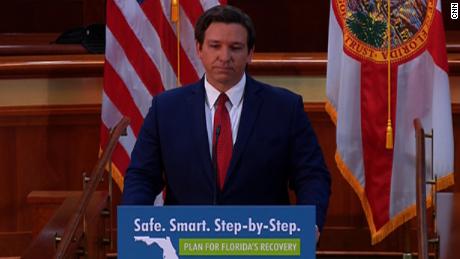 New York Gov. Andrew Cuomo reported that the number of intubations in the state hit hardest by coronavirus is down, and the total number of hospitalizations is below 10,000 for the first time since March.

Still, he has expressed frustration with the slow decline in cases, especially compared with how rapidly cases increased initially.

“We’re on the other side of the mountain … (but) the decline from the mountain is not as steep as the incline,” he said.

But the improvement does not mean the nation can let down its guard.

Boston Mayor Marty Walsh said numbers in his city are going up, and he is concerned about relaxing restrictions.

“We’re still very much in the beginning days of coronavirus,” Walsh said.

White House Coronavirus Task Force member Dr. Anthony Fauci also warned that lifting measures prematurely could lead to a rebound of the virus that could put the US in the “same boat that we were a few weeks ago.”

And a second round of the virus, he said, is inevitable. Its severity will depend on how prepared the nation is, he said. 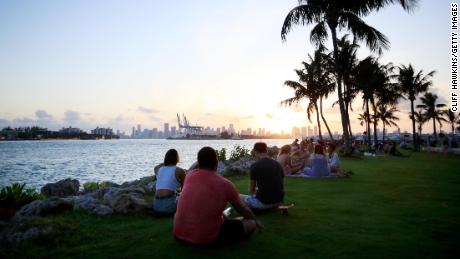 Amid relaxed restrictions and a heat wave, police had challenges at some outdoor spaces, including a lack of social distancing and limited use of face masks.

For example, the Miami Beach Police Department announced it would South Pointe Park again until further notice due to non-compliance.

In New York, where parks were full of socially distanced sunbathers this weekend, Gov. Cuomo said Sunday that not wearing a mask in public is “disrespectful” to others.

In California, anger is rising at the governor for keeping some beaches closed. Two beach cities in Southern California voted to file an injunction late last week against the governor’s order to temporarily close all beaches in Orange County.

Health experts have said testing is a key factor for the states hoping to open safely.

One type of test, known as the antibody test, can determine who has coronavirus antibodies, which may provide limited immunity to the virus. But many of these tests have been inaccurate and unreliable.
The US Food and Drug Administration will now require antibody test makers to promptly seek FDA authorization as the agency aims to rein in unproven and fraudulent tests that have flooded the market.

The new policy, announced Monday, requires commercial manufacturers to submit emergency authorization requests, along with validation data for their antibody tests, within 10 business days. The FDA is also setting specific performance recommendations for all test developers.

The agency said it has the capability, working with the National Cancer Institute, to independently validate antibody tests on the market.

The move to require authorization reverses a policy the FDA put in place in mid-March, which loosened approval standards and allowed companies to sell antibody tests without providing evidence that they worked.

It quickly became clear that many of the tests were unreliable and some companies marketed tests that they falsely claimed were FDA-approved or FDA-authorized or claimed the antibody tests could be used to diagnose Covid-19.