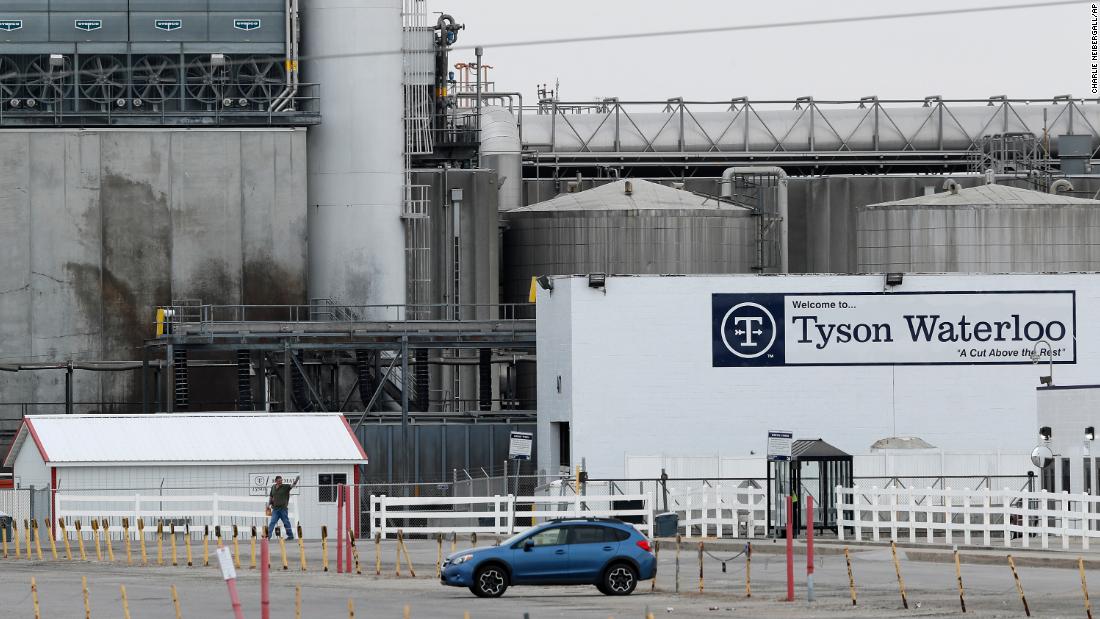 Tyson’s move and President Donald Trump’s recent order compelling meat-processing to remain open have set off fresh debate among Smith and others who worry that the race to reopen the economy will impose a grave burden on people of color, who are getting sick and dying at higher rates than the rest of Americans. Civil-rights groups, meanwhile, warn of battles ahead over a push to limit pandemic-related lawsuits against companies.

The meat-processing workers are “being challenged to risk their lives so we can eat,” Smith said. “What started a fissure, has turned into a fault line and now there’s almost a canyon between the haves and the have-nots.”

Starkly put, the people at greatest risk from Covid-19 don’t look like the people in power.

The pandemic, and the broad powers governors can exercise under emergency declarations, has underscored the limits of black political power less than four years after the nation’s first African-American president left office. Black mayors now govern 35 cities with populations of 100,000 or more — or a little more than 11% of big cities, according to the African American Mayors Association. But the nation has no black state governors. And only two states have chief executives of color: New Mexico and Hawaii.
Trump’s Surgeon General Jerome Adams and Housing and Urban Development Secretary Ben Carson are African American, but they have been far less visible than Trump, Vice President Mike Pence, state governors and other national leaders in the effort to confront the pandemic.

“Representation matters,” said Andre Perry, a fellow at the Brookings Institution and the author of the forthcoming book, “Know Your Price: Valuing Black Lives and Property in America’s Black Cities.”

“The decision to open aren’t just economic ones; they are social ones,” he said. “If you feel that certain people are non-essential but their labor is, then you’ll tell them: ‘Go back to work. If you die, you die. We’ll find somebody to replace you.’

“It’s not like the governors are stepping up and saying, ‘Let me be the first to step into this and be a grocery store clerk for a week. ‘ “

The power imbalance was on display last month as Georgia became one of the first states to begin reopening on orders from Republican Gov. Brian Kemp, despite objections from several mayors, including the African-American mayor of Georgia’s largest city, Atlanta.

“No mayor wants to be at odds with the governor,” Atlanta Mayor Keisha Lance Bottoms recently told CNN’s Chris Cuomo. But she said mayors “are frustrated, and all we have really right now are our voices to continue to push and hammer home to people: Please stay home.”

High toll on people of color

This week, Trump and other political leaders continued their push to reopen the economy — even as new projections show that thousands of lives could be lost each day as social distancing rules are relaxed.
More states have lifted parts of their stay-at-home orders in an effort to jump-start an economy that has shed more than 30 million jobs in six weeks.

But people of color could pay a particularly heavy price if the country resumes business-as-usual posture.

Nationally, African Americans have accounted for roughly 20% of deaths from Covid-19, although black people make up about 13% of the US population, according to the latest figures from the Centers for Disease Control and Prevention.

A study out this week brought even more chilling news: Counties with higher black populations account for almost 60% of Covid-19 deaths.
An array of factors likely contributes to those mortality rates. African Americans in the United States are more likely to have the chronic diseases such as diabetes and hypertension that are risk factors for Covid-19 complications. They are almost twice as likely as white residents to be uninsured. And black workers are less likely than their white and Asian counterparts to be employed in jobs that allow work from home, reducing risk of exposure to the virus.

“Just the very fact that the coronavirus is having a disparate impact on black communities is a result of the structural inequality we see in this country,” said Lisa Cylar Barrett, director of policy at the NAACP Legal Defense & Educational Fund.

Her group recently joined other civil rights and religious organizations in issuing an open call to African Americans to defy the state governors moving to reopen quickly and remain at home until there’s evidence the outbreak has eased. Some governors, the groups said, are demonstrating “reckless disregard for the health and life of black residents.”

Although Iowa is overwhelming white, the pandemic has exacted a high toll on the state’s racial and ethnic minorities who make up a big share of the workforce at processing plants like the one in Waterloo.

African Americans account for about 4% of the Iowa’s population, but 13% of confirmed Covid-19 cases, according to state figures released Tuesday. The picture is worse for Iowa’s Latino community, who represent about 6% of all Iowans but nearly 23% of cases.

The meat-packing industry has been hard-hit by the pandemic.

Nationally, more than 4,900 workers in 115 meat and poultry processing plants have contracted Covid-19, and at least 20 have died as of Friday, the CDC reports.

The Waterloo facility is Tyson’s largest pork plant in the country and employs 2,800.

This week, Iowa health officials reported that 1,600 workers at four meat-packing plants in the state had tested positive for Covid-19, including 444 at the Tyson’s Waterloo plant.

Tyson officials did not respond to CNN interview requests this week about the Waterloo facility but have said they are taking aggressive steps to boost worker safety there and at other plants. That includes installing partitions on production lines, providing facemasks and other protective gear to workers and stepping up efforts to clean and sanitize facilities.

“The only way we can operate this business is for our team members to feel safe, protected, and not fearful of coming to work,” Noel White, Tyson Foods CEO, said Monday on an earnings call with investors.

The company said that all those who return to the Waterloo plant this week have been tested for Covid-19. Those who have tested positive will remain on sick leave until they are cleared by health officials.

Waterloo Mayor Quentin Hart — the city’s first African-American mayor and one of the elected officials who sounded early alarms about the plant — toured the facility with company officials Friday and said he saw first-hand the new partitions and other steps plant managers are taking to counter the virus’ spread.

“I heard the right things, and I saw the beginning of the right things,” Hart told CNN this week before the plant reopening was announced. “So, I hope that continues so we can get folks in a safe environment to work.”

Last week, Tyson took out full-page ads to warn that pandemic-related closures could disrupt the food supply chain, trigger higher prices for meat and poultry and lead to food waste as farmers were forced to kill pigs, chickens and other animals raised for food production.

(As a practical matter, however, plants have continued to struggle to remain open, despite Trump’s move. Tyson officials this week, for instance, said pork production is down 50%.)

As Iowa has begun to partially reopen — most of its 99 counties recently started to ease restrictions — state officials have issued a new warning to workers: Failure to return to the job out of fear of catching the virus could be considered a voluntary resignation, disqualifying workers from receiving unemployment benefits.

Hart said that message only highlights a divide the pandemic has exposed.

“If we are on television, telling workers they have to go back to work, then I want to see the same kind of aggressive behavior with regards to making businesses put safety parameters in place,” he said. “You cannot have product, if you don’t have people.”

“It’s not us versus them,” Hart added. “The virus is the enemy.”

Nationally, civil rights groups say they are gearing up for more political battles as the economy emerges from the shutdown. Next up: The fourth coronavirus-related stimulus package Congress plans to tackle.

Republicans in the US Senate — led by Majority Leader Mitch McConnell — say provisions shielding companies from pandemic-related lawsuits are must-have items in in the next package lawmakers will weigh.

More than 100 organizations, ranging from the NAACP Legal Defense fund to the Service Employees International Union, recently wrote to McConnell and other congressional leaders, warning of a fight over liability shields, which they say will “jeopardize the health and safety of workers.”

Back in Waterloo, Smith is watching the race to reopen and the debate over liability with rising anger.

“We’ve got so much to do” to protect frontline workers, Smith said, “and it seems like it’s falling on deaf ears because the people don’t look like everybody else.”