Police responded with rubber bullets, tear gas and arrests. Some states called in National Guard soldiers by the hundreds to respond to the unrest.

Mayors from at least 25 cities had issued curfews for Saturday night to try to prevent violence, but some curfews were ignored. 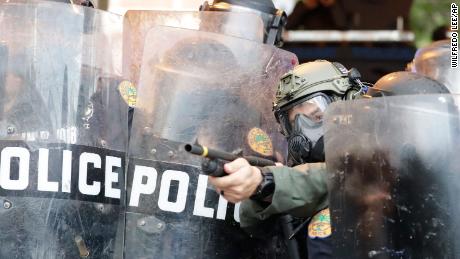 An officer shoots rubber bullets at protesters throwing rocks and bottles in Miami.

And a familiar chant echoed across the US during a fifth day of protests: “No justice, no peace.”

In Minneapolis, where Floyd died, a black protester told CNN he was rallying for his basic human rights.

“I want to be able to just be free and not have to think about every step I take.”

‘What we’re seeing is public mourning’ 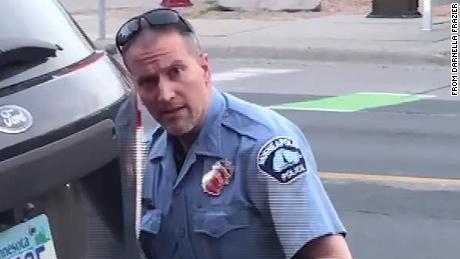 For the past five days, thousands of protesters remained civil and never caused any unrest. Many knelt, others chanted, and some carried signs with Floyd’s last words: “I can’t breathe.”

“This is what happens when people have experienced the deadliness of racism — but not all of it through police brutality, but also the kind of deadliness that racism has in policies — over and over again,” said the Rev. William Barber, the Co-Chair of Poor People’s Campaign.

“What we are seeing is public mourning.” 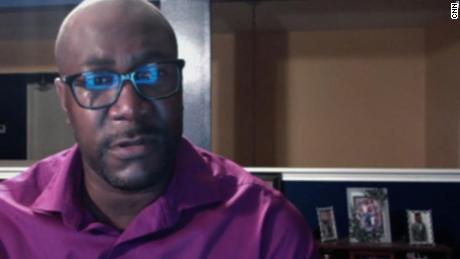 Americans and public officials have demanded justice against the four officers involved in 46-year-old Floyd’s death. All four were fired from the Minneapolis Police Department Tuesday.

Derek Chauvin, the ex-Minneapolis officer seen in a video kneeling on Floyd’s neck for almost 9 minutes, was charged Friday with third-degree murder and second-degree manslaughter. His bail has been set at $500,000.

New video posted on social media appears to show three Minneapolis police officers — not just Chauvin — kneeling on Floyd during his arrest. CNN has not been able to locate the person who shot the footage.

In Minneapolis, where Floyd died Monday evening, demonstrators were tear gassed by police as they tried marching across a bridge from Minneapolis to St. Paul. The National Guard announced it was sending a total of 10,800 members to respond to the protests.

In Nashville, where a 10 p.m. curfew was set and Mayor John Cooper declared a state of civil emergency, officers used tear gas to disperse a crowd that turned violent. Protestors set Nashville’s historic courthouse on fire, according to police, and several businesses were damaged. 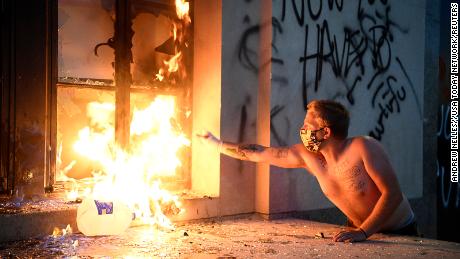 A fire burns outside the Metro Courthouse in Nashville on Saturday.

“Additional gas is being deployed outside the courthouse. The crowd is being warned of their unlawful assembly,” the city’s police department tweeted Saturday night. 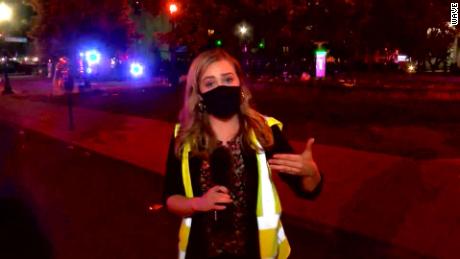 At least 13 states and the District of Columbia have activated the National Guard to respond to the unrest, a defense official told CNN.

In Los Angeles, Mayor Eric Garcetti asked all residents “to take a deep breath and to step back for a moment to allow our firefighters to put out the flames, to allow our peace officers to reestablish some order,” he said, according to CNN affiliate KTLA.

Hundreds arrested across the US 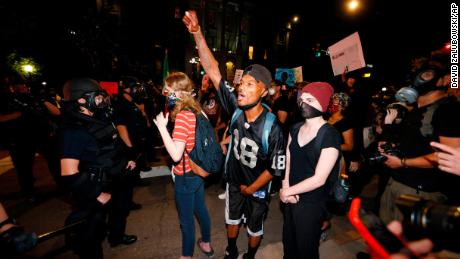 In many parts of the country, authorities detained protesters who threw projectiles at police or damaged property. But some were outsiders who weren’t even part of the original protests.

In New York City, 33 officers were injured overnight, including some who were seriously injured, a senior NYPD official told CNN.

About four dozen police vehicles were damaged or destroyed, and more than 340 people were arrested, the official said.

In Dallas, police arrested at least 74 people. In Atlanta, 51 people were arrested Saturday night and a small crowd remained out past the city’s 9 p.m. curfew, police said.

Officials in some states have said many are coming just to wreak havoc.

“Nothing we do to provide justice for George Floyd … matter(s) to any of these people who are out here firing upon National Guard, burning businesses of our communities,” Minnesota Gov. Tim Walz told reporters on Saturday.

A CNN analysis found about 80% of the 51 people booked into a Minneapolis jail during two days of protests are actually from Minnesota.

Data from the Hennepin County Sheriff’s Office showed 43 of those 51 accused of rioting, unlawful assembly, burglary or damage to property had Minnesota addresses. 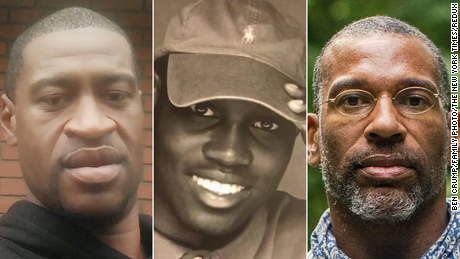 In Philadelphia, where some 3,000 protesters gathered Saturday, Mayor Jim Kenney said the majority of those demonstrators were peaceful and expressed “our collective grief.”

In Georgia, Kemp also said he believed those involved in looting and violence were not joining the protests to demand justice for Floyd’s death, CNN affiliate WSB reported. Kemp said many of the violent instigators may not even be from the state.