‘We will miss him so much’: Prince William and Kate Middleton tell of their heartbreak after their family’s ‘dear dog’ Lupo died last weekend

The Duke and Duchess of Cambridge shared a picture of their beloved pup earlier this evening.

Sharing the news with their 12million Instagram followers, they wrote: ‘Very sadly last weekend our dear dog, Lupo, passed away. He has been at the heart of our family for the past nine years and we will miss him so much. – W & C’.

The Duke and Duchess of Cambridge have announced their English cocker spaniel Lupo has died. Lupo appeared in numerous photos alongside the royals, including one of the first to feature Prince George, above, in 2013

Lupo featured in many pictures with the royals, including one of the first official photos of Prince George.

The English cocker spaniel was bred from a dog which was owned by Michael and Carole Middleton, Kate’s parents.

He was given to Will and Kate as a wedding present in 2011, and is believed to have helped them pick a name for Prince George.

The couple are said to have written names on various pieces of paper and scattered them on the floor.

Lupo wandered through them, but stopped when he reached the seven-year-old’s name.

Prince William and Kate Middleton said Lupo (pictured with Prince George in 2016) was ‘at the heart,’ of their family since 2011

Speaking shortly after Prince George’s birth in 2013, Prince William said: ‘For me Catherine and now little George are my priorities, and Lupo.

‘He’s coping alright, as a lot of people know who’ve got dogs and bringing a newborn back, they take a little bit of time to adapt, but he’s been alright so far, he’s been slobbering around the house, so he’s perfectly happy.’

On Prince George’s third birthday, the little prince was pictured offering Lupo a lick of his ice cream.

The RSPCA decided to intervene over the image, warning people not to give dairy products to their dogs, as they can be toxic, although the animal welfare charity praised George for trying to help Lupo keep cool in the summer heat.

Firefighters were once called out to rescue Lupo, after he got his stuck in a gate at the royals’ home Bucklebury Manor, in Berkshire 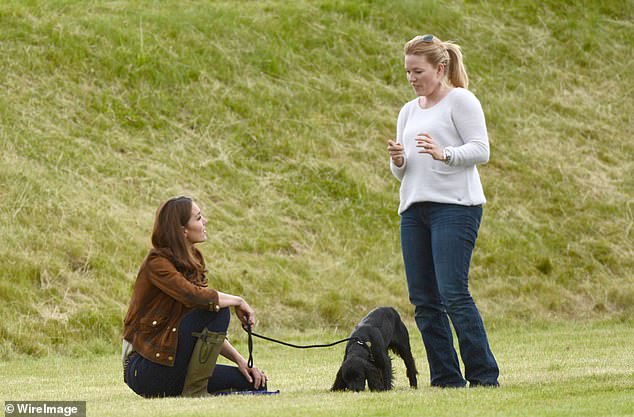 Lupo, pictured in 2012 with Kate Middleton, is the subject of four children’s books titled The Adventures of a Royal Dog

Kate Middleton is thought to have named Lupo after her paternal great-grandmother, who was born Olive Christiana Lupton.

Her brother, James Middleton, paid tribute to the beloved pet, which came from the same litter as his dogs Ella, Zulu, Inka and Luna.

He wrote: ‘Nothing can ever prepare you for the loss of a dog. For those who have never had a dog, it might be hard to understand the loss.

‘However for those who have loved a dog know the truth: a dog is not just a pet; it is a member of the family, a best friend, a loyal companion, a teacher and a therapist.

‘Many people over the years have reached out to me about the pain of loosing a dog and for most, the loss of a dog is, in almost every way comparable to the loss of a human loved one. 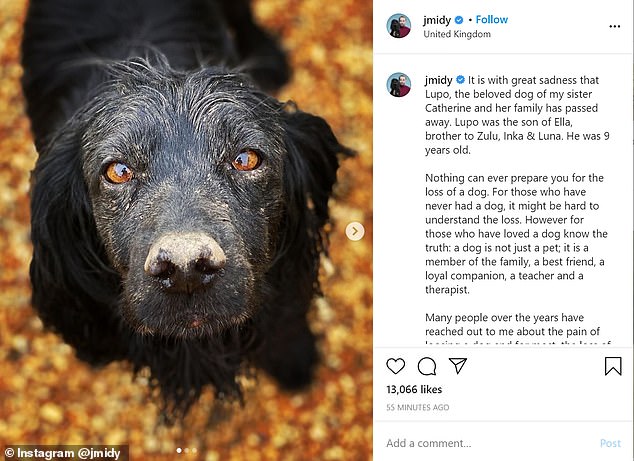 Kate’s brother James Middleton paid tribute to Lupo, who came from the same litter as his dogs Ella, Zulu, Inka and Luna

‘The pain I felt from loosing my first dog Tilly back in 2017 still hurts and on hearing the news about Lupo brought a wave of emotions flooding back.

‘There isn’t much of a rule book on how to grieve for a dog, but I’ve said a prayer, lit a candle and taken Ella (Mum) for a long walk to spend time remembering Lupo.

‘Rest in peace Lupo. Tilly & Mini will be waiting for you. You will always be remembered and your legacy will live on forever. Good Boy.’

As recently as March, Kate revealed table tennis was a difficult activity in their household because of Lupo’s determination to get involved.

During the couple’s visit to the Republic of Ireland, she told young people at a respite centre in County Kildare: ‘We try to do this at home but our dog keeps catching the ping pong balls.’

In 2013, firefighters were called out to rescue Lupo after he got his head stuck in a gate at the royals’ home in Berkshire.

Firefighters rushed to the £2million Bucklebury Manor, only to find he managed to escape.

A Royal Berkshire Fire and Rescue Service spokesman said at the time: ‘Our crew got to the manor but were told as they arrived at the gates that the dog, which had got its head stuck, had been freed just a few moments earlier so their services were not needed.’ 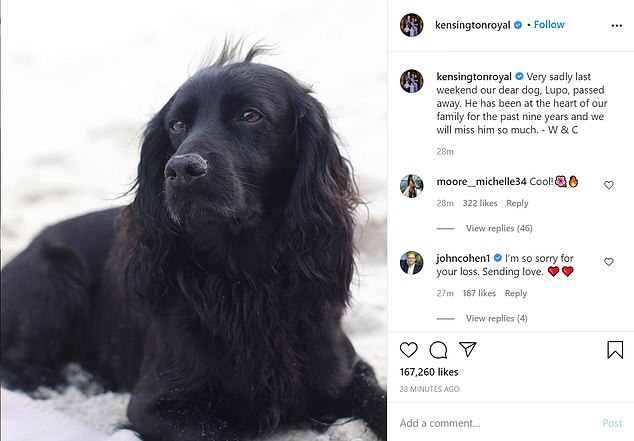 Kate Middleton revealed Lupo’s name after she was asked by a seven-year-old boy during a visit to Oxfordshire.

In 2014, she revealed she was missing Lupo after receiving a gift for him during a three-week tour of Australia and New Zealand.

She said at the time: ‘Everyone gives presents for George but nobody knows how much I’m missing my own dog.

‘This is the first present I’ve received for my dog and I’m really happy because I do miss him. He’ll be really happy to have this to play with.’

Spaniels, which were bred as gun dogs, are known for being high energy and Kate once wistfully commented on a charity worker’s well behaved dogs on a visit to Keswick in the Lake District. 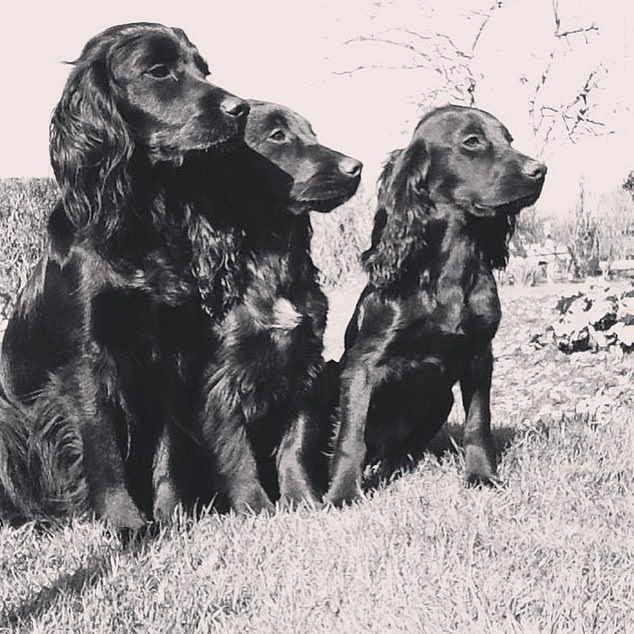 Sharing pictures of Lupo with his siblings, James Middleton said: ‘The loss of a dog is, in almost every way comparable to the loss of a human loved one’

‘Maybe we should lend you Lupo,’ she joked.

Lupo was also the subject of four children’s books, in a series titled The Adventures of a Royal Dog.

Followers shared their condolences with the royals after they shared the news on Sunday evening.

Another follower wrote: ‘So sorry for your loss… animals are not pets they become family.’