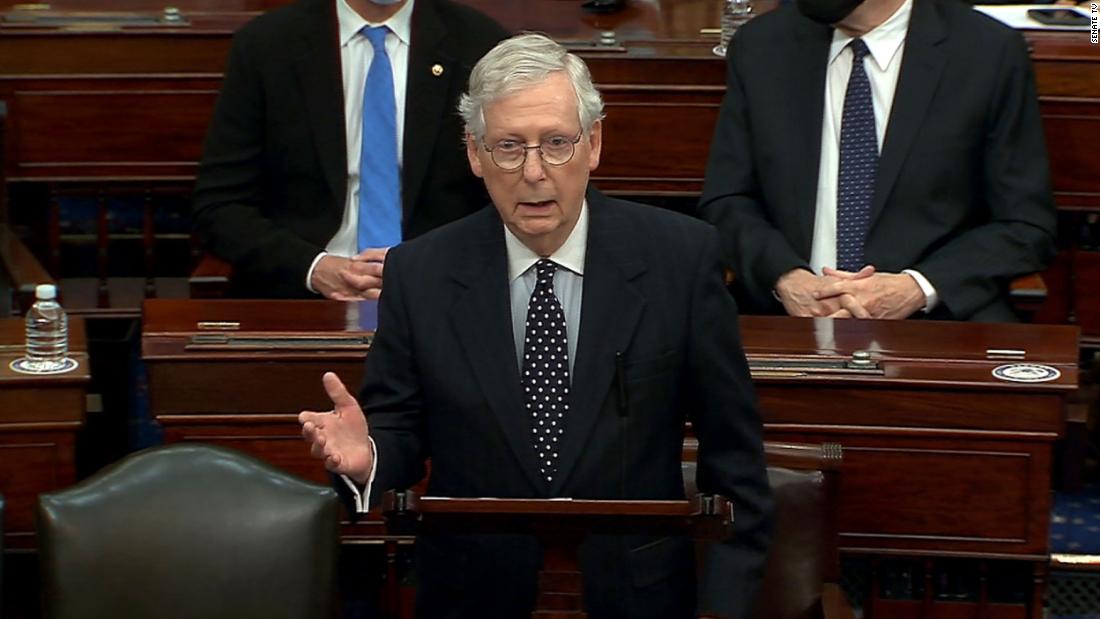 McConnell’s office made that clear to Senate Democratic Minority Leader Chuck Schumer’s aides on Wednesday, according to Republican officials, meaning an impeachment trial won’t begin until the early days of Joe Biden’s presidency.

The news comes as McConnell has privately indicated that he believes impeaching Trump would be the way to rid him from the party, a dramatic break between the top Republican who has worked in tandem with the Republican President over the last four years.

McConnell sent a note to his Republican colleagues Wednesday afternoon on impeachment, writing that “while the press has been full of speculation, I have not made a final decision on how I will vote and I intend to listen to the legal arguments when they are presented to the Senate.”

But McConnell is furious, sources say, over Trump’s incitement of the violent riots that turned deadly at the US Capitol last week, and he also blames Trump for the party’s failure to hold the two Georgia Senate seats, losses that will send him and Republicans into the minority in the Senate for the next two years.

In a memo a few days ago to Republican senators, McConnell suggested the trial wouldn’t start until Biden becomes president, saying all 100 senators would need to consent to change the Senate’s schedule. He indicated that the earliest the Senate could take up any House-passed articles of impeachment against Trump would most likely be right after his term ends.

“The Senate trial would therefore begin after President Trump’s term has expired,” the memo states.

But since then, Schumer has called on McConnell to invoke emergency authority created in 2004 to reconvene the Senate if the two leaders agree to bring the chamber back.

Democrats are calling on McConnell to immediately act.

House Democrats are signaling they plan to send the article of impeachment over to the Senate immediately after a vote later Wednesday in which they will be joined by some Republicans to impeach the President for a second time in the wake of the insurrection. The vote comes after the President repeatedly made false claims that the election had been stolen.