Man in his 20s is stabbed to death outside Brixton Tube station: Police arrest suspect and examine quadbike and smashed Boris bike left at the scene after attack

By William Cole For Mailonline

A man in his 20s was stabbed to death in a shocking attack outside a south London Tube station last night, as police arrested a suspect and examined vehicles at the scene.

Police and emergency crews descended on Brixton’s high street following reports of an assault and found a man suffering from stab wounds in the road opposite the area’s underground station.

Police said they arrested another man nearby on suspicion of causing grievous bodily harm.

A huge police cordon remains in place across most of Brixton Hill with dozens of vehicles, including a quad bike, left inside. 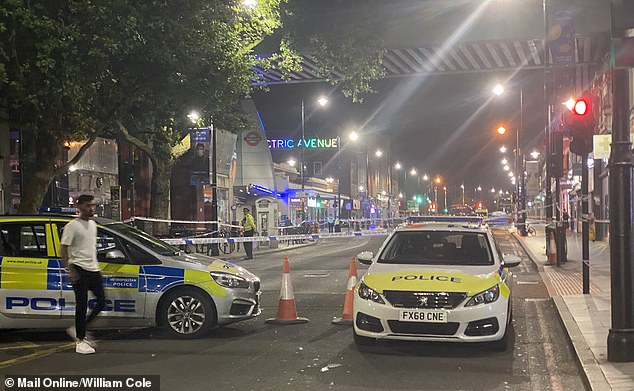 A man has died after being stabbed to death in an attack outside Brixton tube station in south London. Police said a man had been arrested nearby on suspicion of causing grievous bodily harm 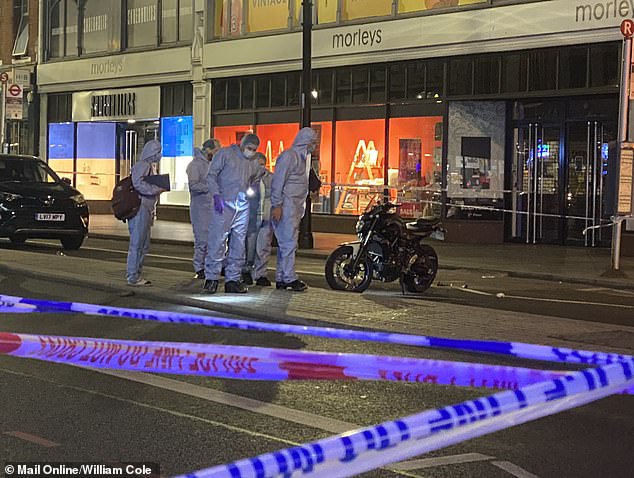 A huge police cordon remains in place across most of Brixton Hill with dozens of vehicles left inside. Pictured: Forensics at the scene

Last night, forensics crews were seen examining a motorbike, a damaged rental bike and the quad bike in a walk-through of the scene.

Beside them was a blue forensic tent covering part of the crime scene. A biker’s helmet was left in the road next to the quad.

It is not known whether the quad bike or any of the other vehicles had been involved in the incident.

Police have since confirmed the victim’s next of kin have been informed.

Formal identification has not yet taken place and a post-mortem examination is being arranged. 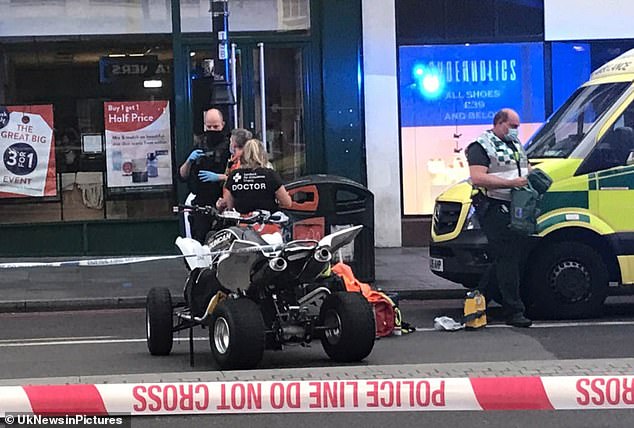 Metropolitan Police were called to an incident near Brixton tube station at around 8.45pm tonight where they found a man in his 20s suffering from a stab wound 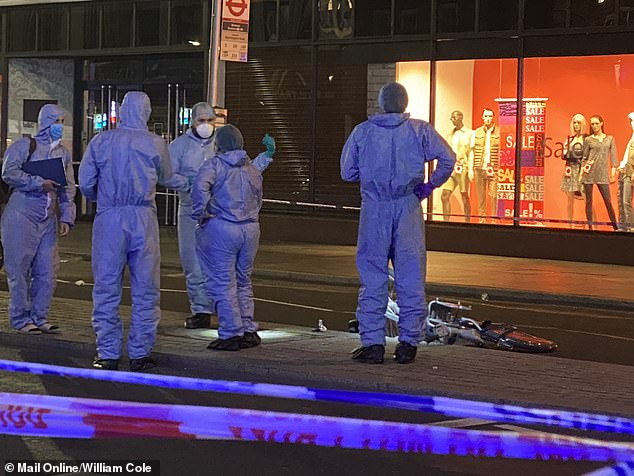 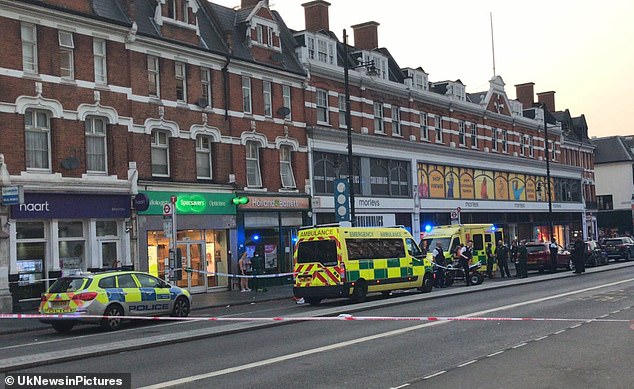 A Met Police spokesperson said: ‘Officers attended and found a man, believed to be aged in his early 20s, suffering from a stab injury. They immediately provided first aid.

‘The London Ambulance Service and London’s Air Ambulance also attended but despite their efforts the man was pronounced dead at the scene at the 8.45pm.

‘A post-mortem examination will be held in due course. A man was arrested nearby on suspicion of causing grievous bodily harm.

‘A crime scene remains in place and enquiries continue.’

Anyone with information is asked to call police via 101 quoting reference Cad 7056/21Jul. To remain anonymous contact Crimestoppers on 0800 555 111.