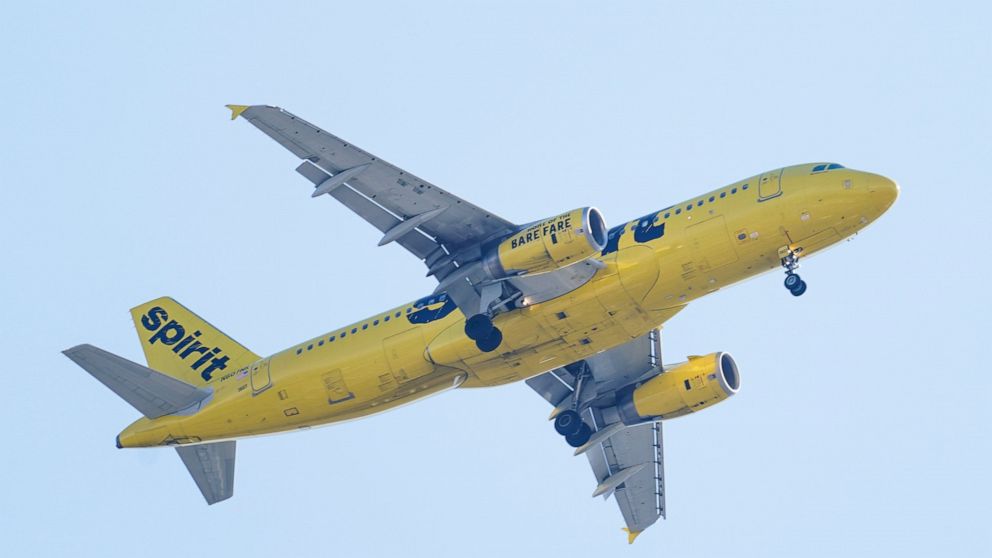 NEW YORK — A firm that advises investors on proxy voting said Tuesday that Spirit Airlines shareholders should oppose Frontier Airlines’ bid to buy Spirit, saying that a competing offer by JetBlue is better.

Institutional Shareholder Services Inc. conceded that Spirit’s board might be correct in concluding that the Frontier offer has a better chance of winning approval from antitrust regulators. However, the firm said, both bids carry regulatory risks but only the JetBlue offer includes a $200 million breakup fee in case regulators reject it.

ISS said Spirit shareholders should reject the Frontier offer to signal its board to negotiate further with JetBlue, possibly to get a bigger breakup fee.

Shareholders of Miramar, Florida-based Spirit are scheduled to vote June 10 on whether to approve Frontier’s stock-and-cash offer, which was valued at $25.83 per share or $2.8 billion when announced in February. The offer’s value has sunk 26% to $19.19 per share since then because of a drop in the value of Frontier shares, ISS said.

While New York-based JetBlue wants to acquire 100% of Spirit, the Frontier offer would let Spirit shareholders keep 48.5% of the new, combined airline.

The Spirit board’s view “that more patient shareholders would reap greater benefits by staying invested in a combined Frontier/Spirit could prove out over time,” ISS acknowledged. But it said a sale to JetBlue would give Spirit shareholders a significant premium while airline stocks are down and let those who are optimistic about the sector reinvest the premium.

Spirit CEO Ted Christie said the company continues to believe the Frontier deal is better for his shareholders. He said that during discussions between the companies, “JetBlue admitted that a lawsuit (by the U.S. Justice Department) seeking to block a merger with Spirit was a 100% certainty.”

JetBlue CEO Robin Hayes said the ISS report highlighted the need for Spirit board of directors to negotiate with JetBlue — “this time in good faith.”