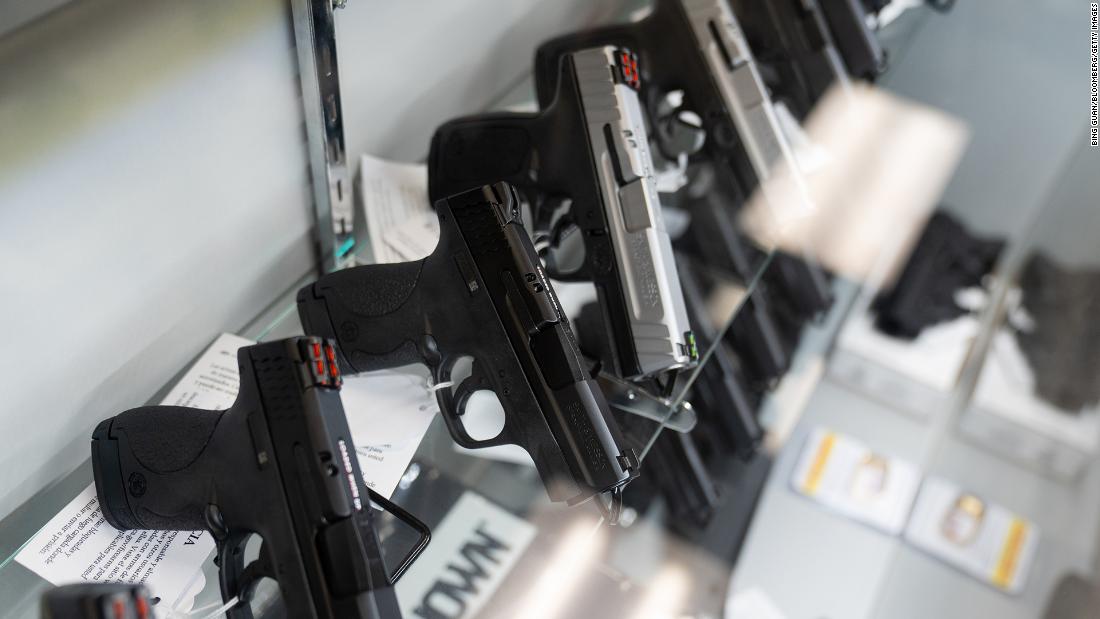 Chances are that they do.

In recent years, large asset managers like BlackRock have offered investors access to alternative funds that don’t have exposure to gun stocks. It’s part of a larger movement of investors who prefer to hold companies that are stewards of environmental, social and governance, or ESG, issues.

But the majority of passive investors who stow away some retirement savings into target funds each paycheck do have exposure to these companies.

With market capitalizations of $1.2 billion and $679 million, Sturm, Ruger & Co (RGR) and Smith & Wesson Brands (SWBI) are considered small-cap stocks and aren’t included in the S&P 500, but they are in the Russell 2000 Index — a popular small-cap stock market index.

If you own a small-cap index fund or an extended market index fund you probably have some exposure to these stocks, though a very small exposure. Sturm Ruger is weighted in the Russell 2000 at just 0.05% and Smith & Wesson is weighted at 0.03%.

If you have money invested in a target-date 401(k) fund, you probably also have some exposure to these stocks.

And despite offering alternative funds and speaking out about social responsibility in the wake of shootings, BlackRock (BLK) and Vanguard are still the largest two institutional shareholders of the two publicly traded gunmakers in the United States. Blackrock owns about 8% of all Smith & Wesson Brands shares and more than 16% of Sturm, Ruger & Co. shares.

The chances that you own a gun retailer, such as Walmart (WMT), in your portfolio are fairly high. Other retailers like Big 5 (BGFV) and Dick’s Sporting Goods (DKS) aren’t quite as popular but are still included in indexes. But even though Walmart sells a lot of guns, guns make up a fairly small portion of their overall sales and Walmart in total makes up less than 1% of the S&P 500.

For both Walmart and Dick’s Sporting Goods, gun sales make up less than 5% of total revenue, according to Morningstar Sustainalytics.

Since a mass shooting at a Walmart in El Paso, Texas, in 2019, the company stopped selling handguns and only sells firearms meant for hunting. It hasn’t sold assault rifles since 2015. Customers must be 21 to buy a gun at a Walmart store.

As You Sow, a nonprofit advocacy group, has created two searchable databases called Gun Free Funds and Weapon Free Funds. Just type in your funds’ name to see if there’s any exposure to gun or weapons companies. The 30-year old activist investing group also offers some alternative investment ideas for those who wish to divest.
For those who are not yet invested, As You Sow posts ratings of funds’ exposure to guns for comparison.

Is it worth it to divest?

That’s a question only individual investors can answer, but if people want to know if divestment will have an impact — the answer is complicated. Divestment campaigns don’t really work, empirically speaking, and index fund investors have very little exposure to these companies to begin with.
Those who are morally opposed to owning gun maker or gun retailer stocks won’t find it too difficult to put their money into the more than 300 funds that don’t include gun-adjacent companies.

Can I make an impact as a shareholder?

BlackRock and Vanguard own large percentages of stock in the two publicly traded US gunmakers, which means they have a lot of influence over the future of the companies. They’ll be able to exert that power in a proxy vote on June 1.

Shareholders of Strum Ruger will vote on a proposal by CommonSpirit Health asking the company to conduct a third-party assessment about the human rights impacts of its products. The resolution is meant to get the company to acknowledge misuse of its weapons and to “take concrete steps to remediate adverse impacts.”

Sturm Ruger has recommended shareholders vote against the proposal.

“Despite minuscule ownership of company stock, the proponents are using the proxy system to advance the gun control agenda they have been unable to achieve through legislative and other means,” Strum Ruger wrote to shareholders.