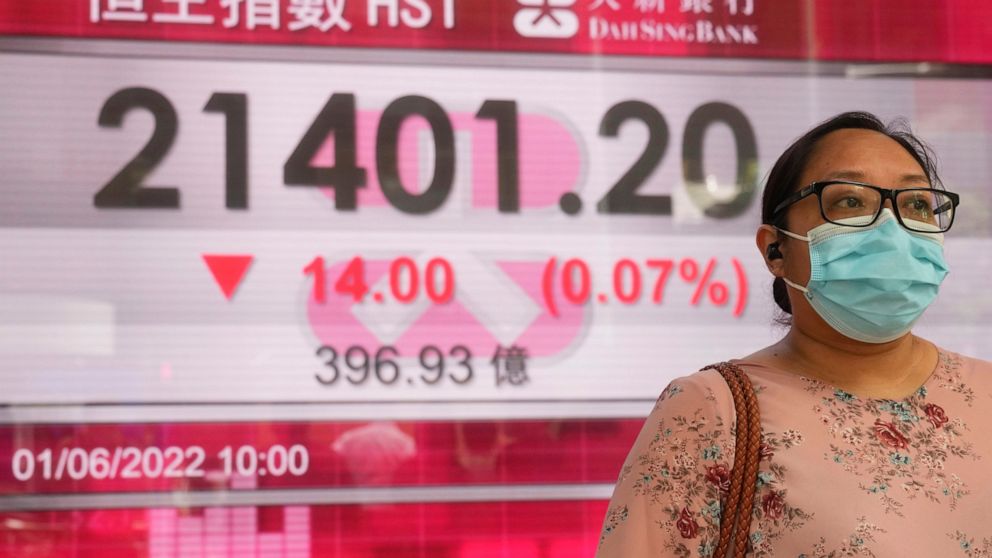 U.S. markets rose modestly ahead of the opening bell Wednesday and the price for a barrel of oil resumed an upward trajectory after the European Union this week blocked most oil imports from Russia.

Global shares were mixed after Wall Street closed out a volatile month of trading that’s been shaped by rising inflation and interest rates, as well as some anxiety over the possibility of recession.

Oil prices rebounded after declining from nearly $120 per barrel Tuesday, when prices surged after the European Union agreed to block the majority of oil imports from Russia because of its invasion of Ukraine.

Prices ultimately fell Tuesday on speculation that the OPEC plus cartel of oil producing nations might ease production limits and offset lost oil output from Russia. But just hours before U.S. markets opened, benchmark U.S. crude had climbed $1.25 to $115.92 per barrel in electronic trading on the New York Mercantile Exchange. It closed down 40 cents at $114.67 on Tuesday.

Traders are waiting on manufacturing data for Europe and the U.S. due later Wednesday.