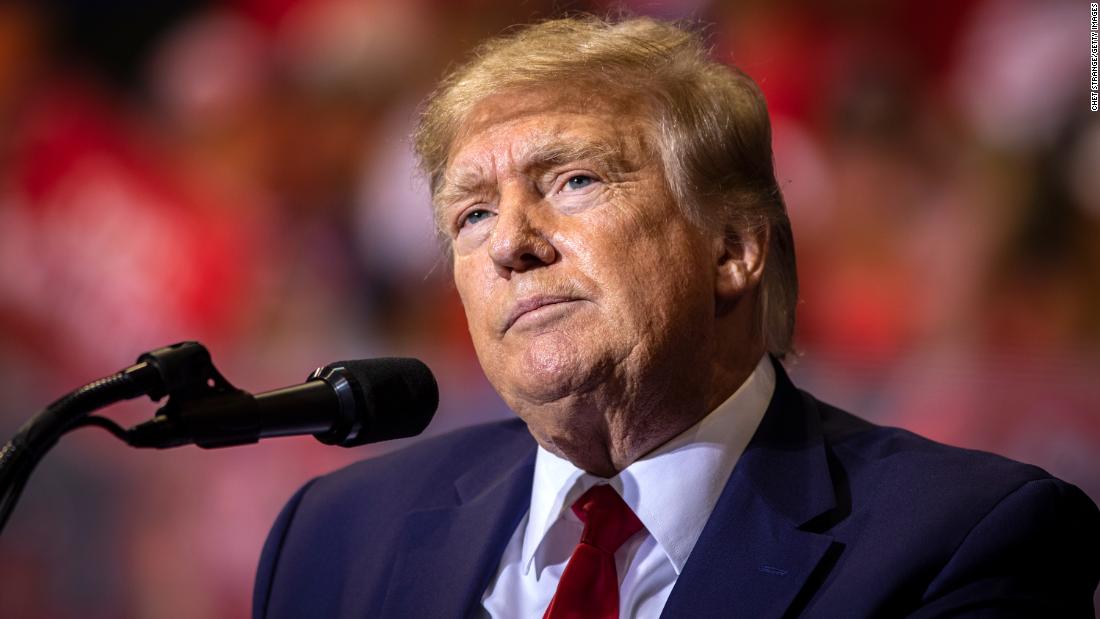 Trump’s demand for, and the GOP’s willingness to offer, a robust defense into what are expected to be damaging details of his complicity in a coup attempt are deeply revealing about his future political intentions and the former President’s control over his party. The evolving plan to hit back against the committee on behalf of Trump also exposes the hypocrisy and the ambition of key House Republican leaders who whitewash Trump’s role in the history of the January 6, 2021, insurrection to advance their own careers.

It offers a foreboding reality check 17 months after the Capitol insurrection about how the House Republican conference has chosen the promise of future political advancement over the protection of American democracy.

The plan for pro-Trump lawmakers to blitz the media in order to push back at the House select committee’s findings comes ahead of the panel’s first live televised prime-time hearing on Thursday and was revealed in a new CNN report on Sunday.

The committee is expected to mount a devastating case about Trump’s behavior as he tried to steal the 2020 election in the run-up to and during the January 6 assault on the Capitol, which he incited and didn’t act to stop as lawmakers ran for their lives.

There are potential pitfalls for Republicans who stand with Trump as the lurid tale of violence, lies and autocratic power grabs is told again for the American people and for the benefit of history. The evidence could be so damning that those who seek to discredit the hearings will find themselves defending the indefensible — a dark moment of the American story that is so heinous it will live in infamy.

There are also sound electoral reasons to pass. It’s not a given that the hearings will achieve their apparent purpose and engage Americans so far after the event. After all, after four years of tumult that ended in a political cataclysm, it’s hard to imagine there are many voters who haven’t made up their minds on Trump.

Engaging and turning the hearings into a partisan spectacle could only elevate them. And Republicans have a much clearer route to power five months before the midterm elections than yet again appeasing Trump’s autocracy. They can simply blame President Joe Biden for the ills afflicting the country, given the disastrous political environment for Democrats as gasoline prices hit record highs and the cost of living soars.

Anything that deflects from that goal seems unwise.

There’s also a risk that standing with Trump will brand the GOP all over again with the stain of defending a strongman who tried to overthrow a democratic election. That vision repeatedly punished the party when Trump was in power. And defending him could remind critical suburban voters all over again of just how extreme their party has become.

But the determination of Trump to paint an alternative version of events for Americans through conservative media suggests that the ex-President really doesn’t want the true story of his behavior coming out.

The committee, through hundreds of interviews — some with people deep inside the Trump West Wing, despite obstruction from some of the ex-President’s former top aides — appears to have built a behind-the-scenes story of Trump’s conduct. Former aides to ex-Vice President Mike Pence are expected to be especially prominent in the televised hearings.

If the committee succeeds in convincing Americans of his culpability, it could seriously damage the ex-President’s hopes in a broader general election audience if he does seek to run again for the White House in 2024. There’s also the possibility that the panel has uncovered information that could put the twice-impeached President in legal jeopardy, though any criminal referral from the committee would require the Justice Department to initiate a prosecution — a potential long shot.

However worried Trump may be about the hearings, the willingness of top House Republicans to defend his assault on democracy does show his hold over the party.

CNN’s Melanie Zanona, Zachary Cohen and Ryan Nobles reported that Trump’s team had communicated with his allies on Capitol Hill that the former President wants a vigorous defense while public hearings play out on television. This impulse clearly fits with Trump’s lifelong desire to be in the spotlight and to shape the television narrative of his own life.

It’s also remarkable that a former President, bumped out of office in disgrace after a single term, still has the political juice to wield that kind of influence. This speaks to his appeal in the GOP grassroots and underscores his front-runner status for any 2024 Republican presidential primary race, even if some of his chosen candidates struggle in 2022 midterm primaries.

And it offers a preview of how a new GOP House majority next year could largely be a tool for an increasingly extreme Trump’s efforts to hobble Biden and regain power.

The CNN report revealed that the defense will be led by House Minority Leader Kevin McCarthy, a California Republican who spoke out strongly against Trump publicly in the days after the insurrection and in an outspoken fashion behind the scenes, according to transcripts of calls featured in a new book by New York Times writers Alex Burns and Jonathan Martin.
When it became clear, however, that the insurrection would not destroy Trump’s popularity in the minds of GOP voters, McCarthy soon changed course. His willingness to stand as Trump’s chief defender now shows how much leverage the ex-President has over him following the furor over the taped calls — and how his ambition to be speaker, and his tenure if he eventually wins the position, depends to a large extent in keeping the ex-President’s favor.

Another Trump acolyte who is vowing to destroy the credibility of the January 6 committee is Rep. Elise Stefanik of New York, a former moderate whose embrace of the big election lie put her on a fast track to power in the House GOP.

“We will be setting the record straight. We will be telling the truth to the American people, sharing the facts and also really pointing out how unprecedented and unconstitutional and illegitimate this committee is,” Stefanik told the right-wing website Breitbart in an interview.

Her performance will reveal the incentives for power in the GOP and the compromises needed to retain Trump’s good graces. Her role will also put her on the opposite side of the argument of the Wyoming lawmaker she replaced as the number three leader in the House, Liz Cheney.

The daughter of former Vice President Dick Cheney broke with Trump over the insurrection and serves as one of two Republicans on the House select committee. She lost her party leadership post and is now facing a primary challenge from a Trump-backed candidate over her determination to tell the truth about the threat to American democracy posed then and now by the ex-President.

Another key figure in Trump’s defense is likely to be Rep. Jim Jordan of Ohio, who like McCarthy has defied a subpoena to testify before the House select committee.

The hard-charging Trump supporter will be closely watched by the White House since he will be a top candidate to head the House Judiciary Committee if Republicans win control of the House — and is likely to subject the Biden administration to a withering program of investigations in the run-up to the 2024 election.

This will all be designed to damage Biden and to boost Trump — who will be the true power behind the gavel in any House GOP majority and is already using that leverage to his advantage.