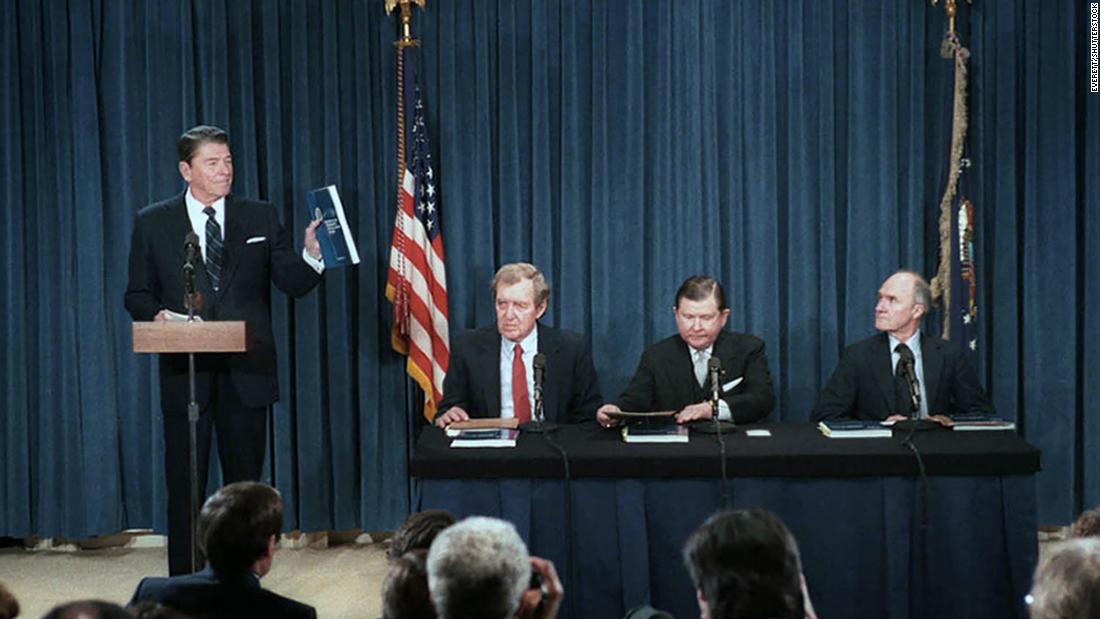 While the hearings might shock a nation that has become numb to Trumpian chaos, they are unlikely to change the basic political dynamics that have thus far protected many Trump officials and supporters from being held accountable for what happened that day.

Indeed, polls show most Republican voters believe the 2020 election was stolen from former President Donald Trump. And excluding the primary results in Georgia, many Republicans who stood firm against the former president’s efforts to undermine the 2020 election have been losing in recent elections or choosing to retire all together.

History shows that investigations that produce dramatic evidence of wrongdoing don’t always damage the responsible party politically. It appears Trump and his Republican surrogates have benefited from a conservative playbook created during a different presidential scandal — the Iran-Contra affair — and the subsequent hearings around it.

The Iran-Contra affair, which broke just before the 1986 midterm elections, posed an enormous threat to then-President Ronald Reagan and his party. The sordid scandal revolved around a complex set of secret deals that were aimed at allowing the Reagan administration to pursue its foreign policy objectives in combatting communism.

Then-Lt. Col. Oliver North at the National Security Council admitted that he taken funds from weapons the administration had sold to Iran — considered a top terrorist state — and diverted them to the anti-communist Nicaraguan Contras, despite explicit legislative prohibitions on doing so.

Government investigations soon unfolded on several fronts. First, Reagan appointed a commission, led by conservative former Sen. John Tower of Texas, to investigate what had happened. The Tower Commission produced a report in 1987 that criticized NSC staff for diverting funds to the Contras, while depicting Reagan as someone whose lack of sufficient oversight had enabled this diversion. However, the report stopped far short of accusing Reagan of abuse of power.
Congress then set up House and Senate committees in early January 1987. The committees held joint hearings between early May and August. Tens of millions of Americans tuned in to watch members of the committees interview high-level witnesses, including North.

Lt. Col. Oliver North, with his attorney, Brendan Sullivan, testifying during the Iran-Contra hearings on Capitol Hill on July 7, 1987.

The committees’ majority report, signed by all the Democrats and three Republicans, did not produce specific evidence that Reagan knew about the illegal operation — there was no “smoking gun” — but it did show damning evidence that the NSC had used private entities and third party countries to work on the scheme. Simply put, the administration provided funding that Congress had prohibited.
The Republican Party’s strategy for fighting the scandal proved to be highly effective. A pillar of their response on Capitol Hill was to largely accept the findings of the congressional investigation but insist that there was nothing wrong with what the administration had done. Key Republicans even went so far as to claim there was justification for the administration taking such extraordinary action.
Then-Wyoming Republican Rep. Dick Cheney, who served on the House select committee investigating the scandal, drafted the minority report which gave a blistering defense of executive power. Calling the majority report that strongly condemned the administration “hysterical,” Cheney’s missive stated the history “leaves little, if any, doubt that the President was expected to have the primary role of conducting the foreign policy of the United States. Congressional actions to limit the President in the area therefore should be reviewed with a considerable degree of skepticism.”
Some Republicans also valorized North, who became a temporary hero during what became known as “Ollie Mania.” They said North should be exonerated for his role in facilitating aid to the Contras, and they referred to the investigation of independent prosecutor Lawrence Walsh, who led a third investigation after the Tower investigation and congressional hearings, as leading a multi-million dollar “witch hunt.”
Finally, Republicans sensed that if a party could hold onto power long enough, public attention would move on. As Democrats at the time resisted impeachment, fearing that the consequences would be worse than the crime, Reagan benefited from the success of his negotiations with the Soviet Union over the intermediate-range nuclear forces. His approval ratings climbed to 63% in December 1988 — up from the 47%, to which they had fallen in the worst months of the scandal.
Despite multiple investigations and blockbuster hearings, in the end, Reagan’s presidency survived. And though Republicans lost control of the Senate in 1986, they largely survived the worst of it, too.
Vice President George H.W. Bush, implicated in the scandal though he denied involvement, won the presidential election in 1988. And on December 24, 1992, Bush pardoned six people, including former Secretary of Defense Caspar Weinberger, for their role in the affair. Two years later, though they had lost the White House by then, Republicans took control of both chambers of Congress for the first time since 1954.

Today’s Republicans are following a similar methodology — even if, with the exception of two Republicans: Reps. Liz Cheney of Wyoming (Dick Cheney’s daughter) and Adam Kinzinger of Illinois, they are not participating in the congressional investigation.

Though they have not issued a Dick Cheney-style report, many have sought to defend Trump and his surrogates’ unjustifiable behavior in the weeks leading up to January 6 — and 2020 election denialism is still playing a big role in the 2022 midterms. In addition, rather than acknowledging Trump was in the wrong for promoting the “big lie” and encouraging his supporters to “fight like hell,” a majority of the Republican Party voted against his second impeachment and conviction following January 6.
Republicans are also banking, like they did in 1987, that public anger over the Capitol attack will dissipate. And there’s already evidence that’s happening. Indeed, a new NBC News poll found fewer Americans hold Trump to be responsible than they did a year ago. And with growing inflation, baby formula shortages and midterm elections just around the corner, rage about January 6 seems to have faded as a top political concern. Fox News, a conservative leaning-network, isn’t even airing the first hearings in primetime (though they are airing them on Fox Business).

Iran-Contra demonstrated it was possible to survive an epic presidential scandal if a party handled the crisis in the right way. The modern GOP has made the playbook even more effective.

Trump conducted most of the campaign against the election in broad daylight, which helped give it a sense of legitimacy in the eyes of his supporters. Couple that with intense polarization, and it is almost impossible to move voters away from their party regardless of what elected officials do.

The abuser of power can also count on an extensive media and social media ecosystem, which did not exist in the 1980s, to amplify falsehoods and disinformation that undercuts the political risks incurred. Besides the free flow of partisan information, there are so many choices for media consumers that they could easily ignore the hearings altogether — instead opting to stream a film on Netflix or download a favorite podcast.

With all the talk about the 50th anniversary of Watergate, the Iran-Contra scandal and its failure to achieve accountability is a better roadmap to understanding the politics of the forthcoming January 6 hearing.