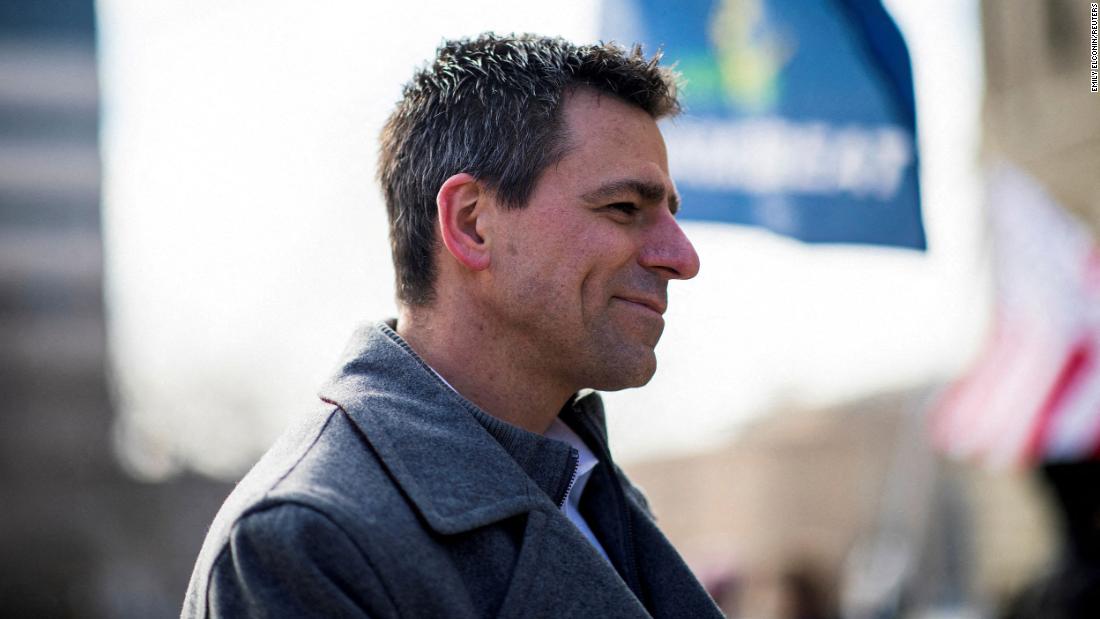 Kelley, 40, of Allendale, Michigan, was arrested in Allendale on charges “stemming from the Jan. 6, 2021 Capitol breach,” according to Bill Miller, a spokesman for the US attorney’s office in the District of Columbia.

Kelley was released on bond later Thursday, after making his initial appearance in federal court in Michigan. He greeted his supporters outside the courthouse after his release, giving thumbs up and hugs, according to local reporters on the scene.

The Detroit FBI field office confirmed Kelley’s arrest and said his home had been searched on Thursday morning.

“I can confirm FBI agents from Grand Rapids office executed an arrest and search warrant at Mr. Kelley’s residence in Allendale, MI. At this time, I cannot provide any information on the nature of the charges against Mr. Kelley,” said Mara Schneider, a public affairs officer with the FBI’s Detroit’s office, in a written statement, adding that she expected additional information to be “forthcoming.”

CNN has reached out to Kelley’s campaign.

In 2020, Kelley, a real estate broker, began leading rallies against Covid-19 lockdowns and mandates in Michigan, according to his website. He said he led rallies against the Covid restrictions at the state Capitol in Lansing and in Grand Rapids.

The gubernatorial candidate added that he “guarded a Civil War Statue in his hometown of Allendale” during protests in the summer of 2020.

A crowded field of Republicans is jockeying to face Democratic Gov. Gretchen Whitmer in what will be one of the nation’s most closely watched campaigns this fall.

Kelley’s arrest adds another twist to an already chaotic Republican primary fight. It comes after the Michigan Court of Appeals earlier this month rejected efforts by two Republican candidates for governor to have their names placed on the August primary ballot.

The candidates, businessman Perry Johnson and financial adviser Michael Markey, filed lawsuits after Michigan’s board of canvassers deadlocked last month, leaving in place a decision by the state’s bureau of elections that five gubernatorial candidates did not have enough valid signatures to qualify for the ballot.

The court’s unanimous decisions marked a major setback for the affected candidates, including former Detroit Police Chief James Craig, who have filed legal challenges in an effort to revive their campaigns. Kelley was not among the candidates affected by the signature issue.

The signature issue had scrambled the race for governor in Michigan, just two months before the primary in August.