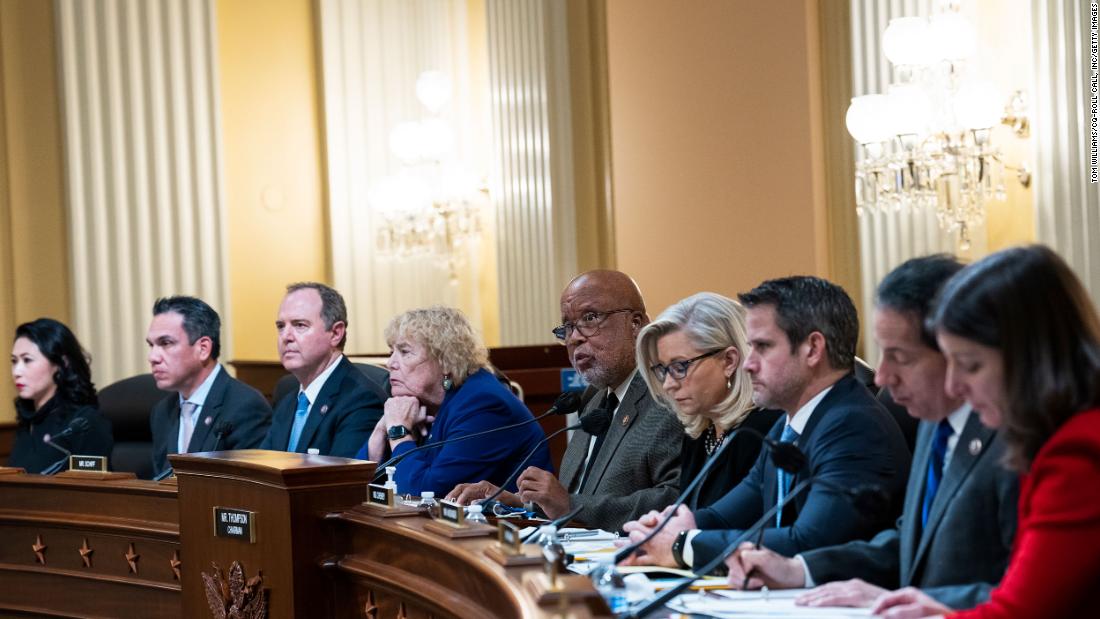 The nine-person panel has spent months investigating the insurrection, interviewing members of the Trump administration and President Donald Trump’s inner circle and reviewing messages sent between them. They will unveil an in-depth assessment of events leading up to the day Congress was to affirm Joe Biden’s victory, the administration’s response to the violence at the Capitol and what unfolded in the aftermath among Trump and his allies.

CNN has previously reported the hearing will be a broad overview of the 10-month investigation and will map out subsequent hearings that are expected to cover certain topics or themes. The committee has promised it will “present previously unseen material documenting January 6th, receive witness testimony, preview additional hearings” surrounding the insurrection.
The committee has announced the hearing will include two witnesses, documentarian Nick Quested, who has filmed members of the Proud Boys, and Capitol Police Officer Caroline Edwards, who was injured after an altercation involving members of the Proud Boys.

What time is the hearing set to begin?

Where will it take place?

The hearings will take place in the Cannon House Office Building.

Where can I watch it?