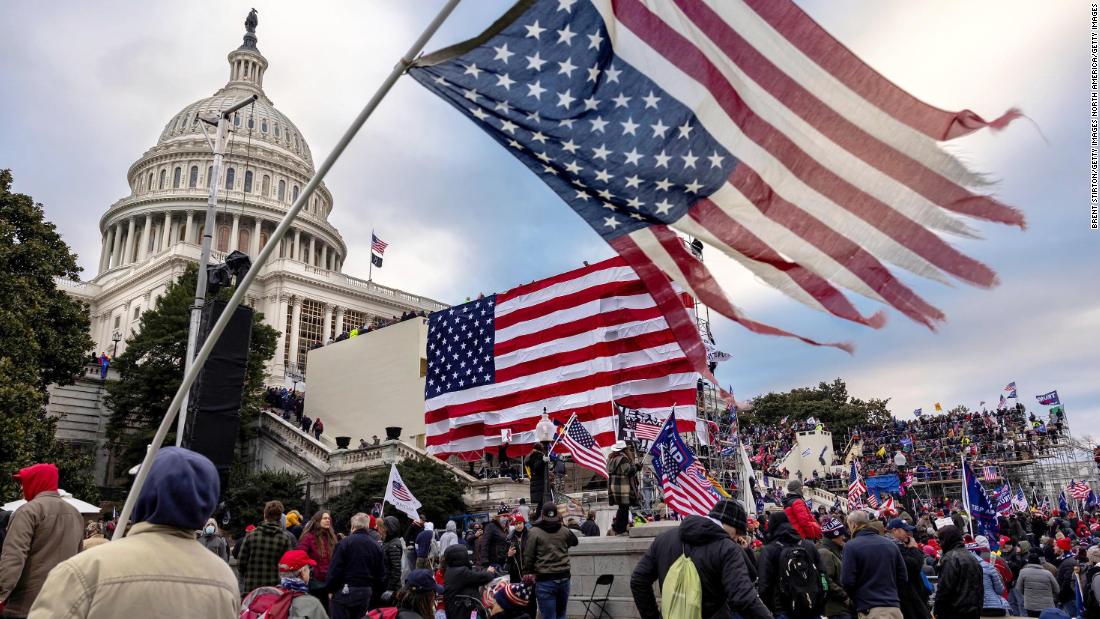 Sandra Garza, partner of Brian Sicknick, is seen third from right as she and others attend Thursday night’s hearing. (Jonathan Ernst/Reuters)

Three women — all the wives or long-time partner of the officers who died after responding to the Capitol attack — are expected to attend the first Jan. 6 hearing tonight.

Erin Smith’s attorney confirmed she plans to attend, but does not plan to speak. Smith’s husband Jeffrey Smith was an officer with the Metropolitan Police Department. Officer Smith died nine days after responding to the Capitol attack. Video evidence turned over to the District of Columbia’s Police and Firefighters’ Retirement and Relief Board showed Officer Smith assaulted by the mob and hit in the head with a metal pole on Jan. 6, 2021. His death by suicide was declared a line of duty death in early March of this year, and his wife Erin is now entitled to full benefits.

In a letter to Democratic Rep. Jennifer Wexton soon after his death in 2021 urging her husband’s death be declared in the line of duty, Liebengood wrote of her husband’s experience: “Although he was severely sleep-deprived, he remained on duty — as he was directed — practically around the clock from January 6th through the 9th. On the evening of the 9th, he took his life at our home.”

Capitol Police officer Brian Sicknick suffered two strokes and died of natural causes one day after he confronted rioters at the Capitol on Jan. 6, 2021, according to a ruling from D.C.’s chief medical examiner.

His longtime partner Sandra Garza wrote an op-ed for CNN last June blasting Republican lawmakers who refused to acknowledge the gravity of the Capitol attack: “As the months passed, my deep sadness turned to outright rage as I watched Republican members of Congress lie on TV and in remarks to reporters and constituents about what happened that day. Over and over they denied the monstrous acts committed by violent protestors….To know that some members of Congress – along with the former President, Donald Trump, who Brian and I once supported but who can only now be viewed as the mastermind of that horrible attack – are not acknowledging Brian’s heroism that day is unforgivable and un-American.”