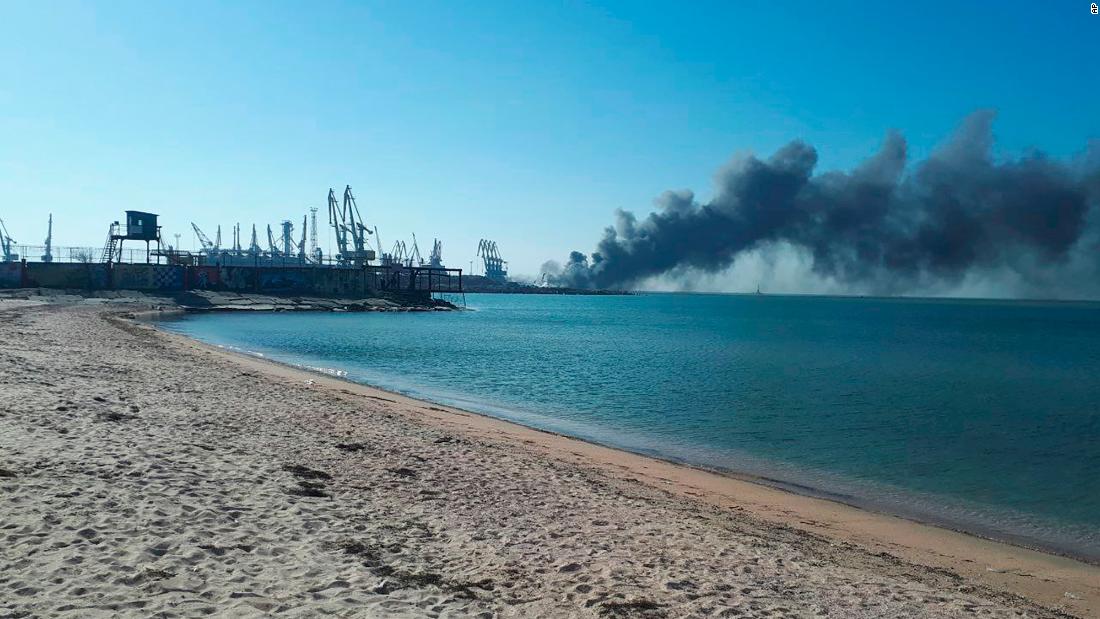 The port, which had recently been occupied by Russian forces with several Russian warships in dock, was rocked by a series of heavy explosions soon after dawn.

Social media videos showed fires raging at the dockside, with a series of secondary explosions reverberating across the city.

The Armed Forces of Ukraine said they had “destroyed a large landing ship,” which they named as the “Orsk.”

Several Russian ships had been unloading military equipment at Berdyansk in recent days, according to reports from the port by Russian media outlets.

The Ukrainian armed forces said that besides destroying the Orsk, two more ships were damaged.

“A 3,000-ton fuel tank was also destroyed. The fire spread to the enemy’s ammunition depot. Details of the damage inflicted on the occupier are being clarified,” they said.

It’s not known what weapon was used to attack the port.

Analysis of videos uploaded on Thursday showed that one Russian naval vessel left the port soon after the explosions.

A screengrab of the fire.

The Russian Ministry of Defense had previously reported that “the large landing ship Orsk is the first warship of the Russian Federation to enter the port of Berdyansk. It delivered equipment — armored personnel carriers.”

“The ships of this project are very spacious and can take on board a large amount of equipment, up to 20 tanks or up to 40 armored personnel carriers,” the ministry said.

Berdyansk sits on the Azov Sea and is roughly 45 miles (70 kilometers) southwest of Mariupol. The city has a small naval base and a population of about 100,000.