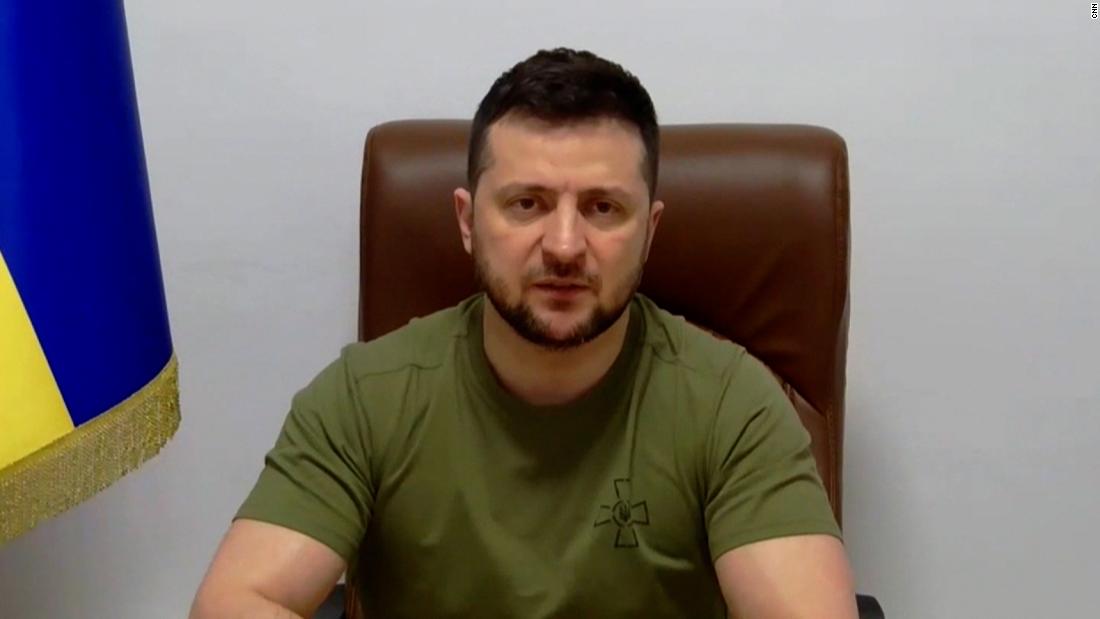 “I think that we have to use any format, any chance in order to have a possibility of negotiating, possibility of talking to Putin. But if these attempts fail, that would mean that this is a third World War,” he added.

Zelensky has urged more negotiations in recent days as Russia’s invasion of Ukraine nears its fourth week. In a video message posted Saturday, he called for talks “without delay,” warning that otherwise Russia’s losses would be “huge.”

“We have always insisted on negotiations. We have always offered dialogue, offered solutions for peace,” he said. “And I want everyone to hear me now, especially in Moscow. It’s time to meet. Time to talk. It is time to restore territorial integrity and justice for Ukraine.”

Zelensky has previously said that his priorities in the talks are clear: “The end of the war, security guarantees, sovereignty, restoration of territorial integrity, real guarantees for our country, real protection for our country.”

Zelensky also told Zakaria on Sunday that if Ukraine “were a NATO member, a war wouldn’t have started.”

“I’d like to receive security guarantees for my country, for my people. If NATO members are ready to see us in the alliance, then do it immediately. Because people are dying on a daily basis,” he said, while also adding that he was grateful for the aid NATO has provided since the invasion began.

Still, last week, Zelensky dropped his clearest hint yet that he does not expect his country to join NATO anytime soon, something that has been a Ukrainian goal.

NATO, a security alliance currently made up of 30 North American and European nations, was created in 1949 in response to the start of the Cold War. Its original purpose was to protect the West from the threat posed by the Soviet Union.

Since the end of the Cold War, many former Soviet satellite states and three former Soviet republics have joined NATO, meaning Russia now shares a land border with the world’s largest military alliance.

‘We are trying to defend our sovereignty’

Asked how he is holding up amid the war, Zelensky told CNN that he was “doing just everything that everyone else in Ukraine is doing.”

“We have made up our team to defend our country, so it seems to me that the person does not need to turn into anyone else. That is important when you can be just yourself,” he said. “So I am holding up quite well,” he added.

Zelensky also admitted that as of now his weakest point is losing people and children in these “huge numbers.”

“I go to sleep with this information about children who were killed and we are continuing to pray in order to prevent new losses of people, but so far we haven’t attained these results,” he said, adding that “we are trying to defend our sovereignty, defend our country.”

The United Nations High Commissioner for Human Rights said Sunday that since the start of the war, 11 girls and 25 boys have been killed.

Asked about Putin’s claims that the Ukrainian government is full of neo-Nazis, Zelensky told Zakaria that it shows that the Russian President “might be capable of very horrendous steps.”

“I’m not afraid of anything except for people, but the fact — the fact is that if he is serious about this statement, he might be capable of very horrendous steps because that would mean that this is not a game for him,” Zelensky said.

This story has been updated with additional reaction and background.