The measure next goes to the Senate, where lawmakers are hoping to approve it later Monday evening as long as no senator objects to a quick vote.

The rescue package is being paired with government spending legislation in a 5,593-page bill. It will include direct payments of up to $600 per adult, enhanced jobless benefits of $300 per week, roughly $284 billion in Paycheck Protection Program loans, $25 billion in rental assistance, an extension of the eviction moratorium and $82 billion for schools and colleges.

Hill leaders announced Sunday evening that they had reached a deal after months of bitter partisan stalemate and days of contentious negotiations that created uncertainty over whether an agreement could be reached at all or if talks would collapse.

“We can finally report what our nation has needed to hear for a very long time: More help is on the way,” Senate Majority Leader Mitch McConnell said Sunday night announcing the deal.

On Monday, McConnell told reporters, “We’re going to stay here until we finish tonight,” when asked about timing for the legislation to pass in the Senate. 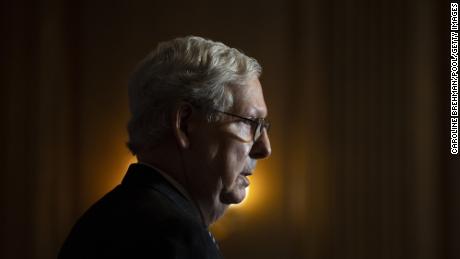 The rescue package, which was negotiated on a bipartisan basis, is being combined with a massive $1.4 trillion government spending bill to fund federal agencies for the new fiscal year. Legislative text for the package was posted online just before 2 p.m. ET Monday.

A quick vote in the Senate can be scheduled if all 100 senators agree, but if any member objects the process could drag out longer and the exact timing for final passage of the legislation by Congress is not yet clear. The White House has said, however, that President Donald Trump will sign the pandemic relief legislation once it is approved and reaches his desk.

A deal was reached only after both parties relinquished some of their key demands along the way to make it happen.

Faced with Republican opposition, Democrats were forced to abandon a push for roughly $160 billion in aid to cash-strapped states and cities, while Republicans dropped a demand for liability protections after Democrats signaled that was a red line.

Democrats are already signaling that they want to see more relief passed in the next session of Congress after President-elect Joe Biden takes office.

“I consider this a first step and again, more needs to be done,” House Speaker Nancy Pelosi said at a news conference Sunday evening.

“That will be happening under the Biden-Harris administration,” she said.

Lawmakers are now being asked to vote on one of the largest rescue packages in American history with virtually no time to read and digest the details.

Senators in both parties aren’t happy with the process where the top four congressional leaders cut a deal and let staff from relevant congressional committees iron out the legislative language with leadership aides. 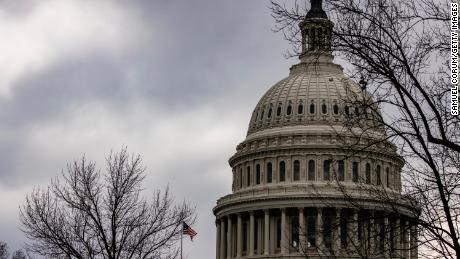 “It’s terrible,” said Sen. Mike Braun, a Republican of Indiana. “You wouldn’t have that kind of format in anything. It means we are putting all of that responsibility in a few.”

There will be no ability to amend the legislation, and lawmakers will be left with a take-it-or-leave-it proposition with the government on the brink of another shutdown at midnight Monday.

“None of that is any good,” Braun said.

Sen. Joe Manchin, a West Virginia Democrat, was frustrated at how the negotiators agreed to jobless benefits of $300 per week for just 11 weeks — when he and other senators from both parties agreed to a proposal that included 16 weeks of the enhanced benefits. He will have no ability to amend the legislation once the Senate considers it.

“It’s awful,” Manchin said. Asked who he blamed, Manchin said: “I blame all of us for allowing all of this to happen.”

What’s in the relief package 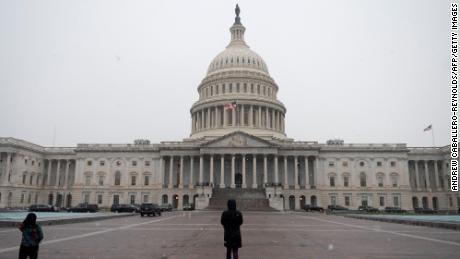 Here are key provisions that will be included as part of the agreement, according to releases sent out Sunday evening by members of Democratic and GOP leadership:

Congressional negotiators dropped $500 million for states to bolster their election security after opposition from Republicans during closed-door talks over the massive 2021 spending package steaming through Congress, according to Democrats involved in the matter.

Democrats tried to include $500 million in election assistance grants to states to improve their election infrastructure. But Senate Republicans objected to including the money — and the provision was ultimately excluded. The funding was included in a House-passed appropriations bill but not the Senate’s version of the measure.

Republicans in the past have argued such money is duplicative, but Democrats contend that it is critical to safeguard future elections — and also note that it’s Trump himself who has questioned the reliability of the election systems.

Illinois Rep. Mike Quigley, a Democrat who chairs a key House appropriations subcommittee and has championed the money, raised concerns that the funding did not make into the $1.4 trillion omnibus spending package.

“It’s an amazing disconnect,” Quigley told CNN. “We want it because of foreign interference and to improve the efficiency and efficacy of the system.”

Quigley added: “Their President is complaining about all this, but his party killed any chance … to protect these systems going forward in the future as the equipment gets older and older.”

Aides to McConnell and House Minority Leader Kevin McCarthy did not respond to requests for comment.

How votes will take place

With the House finished voting, it’s now the Senate’s turn.

The Senate operates under a different set of procedural requirements and needs consent from all 100 members to schedule a quick vote. It’s not yet clear if any member might object and slow down the process. 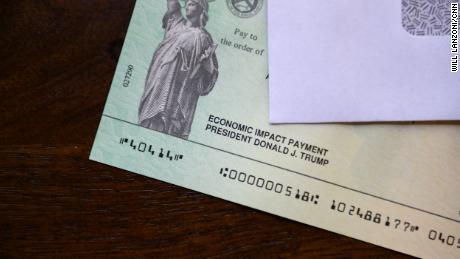 If an agreement for a quick vote isn’t reached, McConnell will need to take additional procedural steps to tee up a vote, a process that could take several days.

As he left the Capitol Sunday evening, McConnell indicated that he hopes there will be consent to move the Covid relief package through the Senate quickly on Monday.

Asked if he has a sense of when senators will be voting on the deal Monday, McConnell said, “I’ve heard the House will send it over tomorrow afternoon, so you might want to check with them,” adding, “You can do anything quickly by consent.”

McConnell replied: “I would hope so” when asked if he believes there will be consent.

This story has been updated with additional developments Monday.