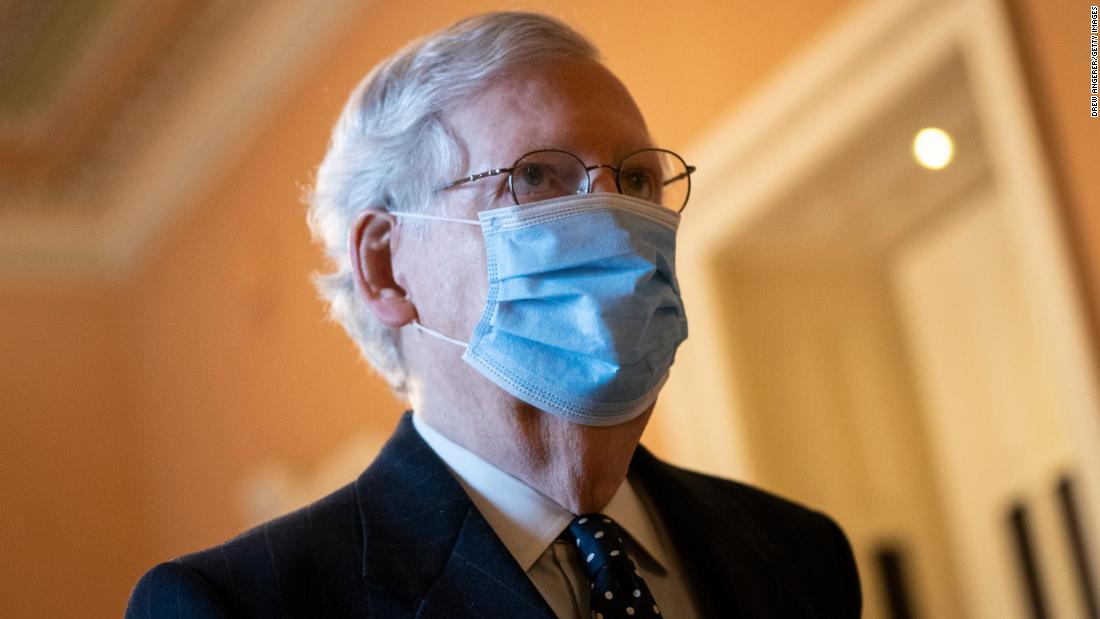 Another person with direct knowledge told CNN there’s a reason McConnell has been silent on impeachment as other Republicans have pushed back: he’s furious about last week’s attack on the US Capitol by the President’s supporters, even more so that Trump has shown no contrition. His silence has been deliberate as he leaves open the option of supporting impeachment.

McConnell has made no commitments on voting to convict Trump, and wants to see the article itself before voting. It’s a stark contrast to the President’s first impeachment when McConnell repeatedly spoke out against Democratic intentions to hold Trump accountable for a pressure campaign on the Ukrainian government to investigate Joe Biden and his family.

McConnell has been steadily moving his conference away from Trump for weeks. While he knows they all aren’t there with him, the Kentucky Republican believes the party needs to turn the page.

The relationship between the Senate majority leader and the President — the two most powerful men in the Republican Party — has essentially collapsed, multiple sources told CNN.

A source familiar with the relationship between the two men told CNN that McConnell is furious with Trump. The source said McConnell “hates” Trump for what he did last week following the attacks on the Capitol that left at least five people dead including a Capitol Hill police officer.

Trump and McConnell still have not spoken since last Wednesday’s riot, a separate source familiar with the matter confirmed to CNN. Another source said the two men haven’t spoken since McConnell’s floor speech acknowledging Biden as President-elect in December.

McConnell couldn’t get Trump on the phone when he refused to sign the stimulus bill over the Christmas week, a third source told CNN. McConnell has since told others in the wake of the stimulus circus he won’t talk to Trump again.

McConnell is also speaking with the President-elect about how the chamber should handle an impeachment trial against Trump.

Biden is not trying to stop the impeachment proceedings, but he is trying to keep them from consuming his agenda and overshadowing the early days of his presidency. CNN has learned Biden called McConnell on Monday to discuss the possibility of “bifurcation” — doing impeachment proceedings alongside confirming his nominees and approving a sweeping Covid relief package.

The two men spoke frankly about a potential impeachment trial for Trump, people familiar with the call said, as both of them noted it would be far different from the trial they sat through in 1999 for then-President Bill Clinton.

McConnell told Biden that the Senate parliamentarian would have to rule whether the Senate could work on legislative business other than impeachment, people familiar with the call said, adding that McConnell did not offer his own view.

Biden raised this idea publicly on Monday as he received his second Covid-19 vaccine, saying he had been speaking with lawmakers. He did not reveal that McConnell was among them.