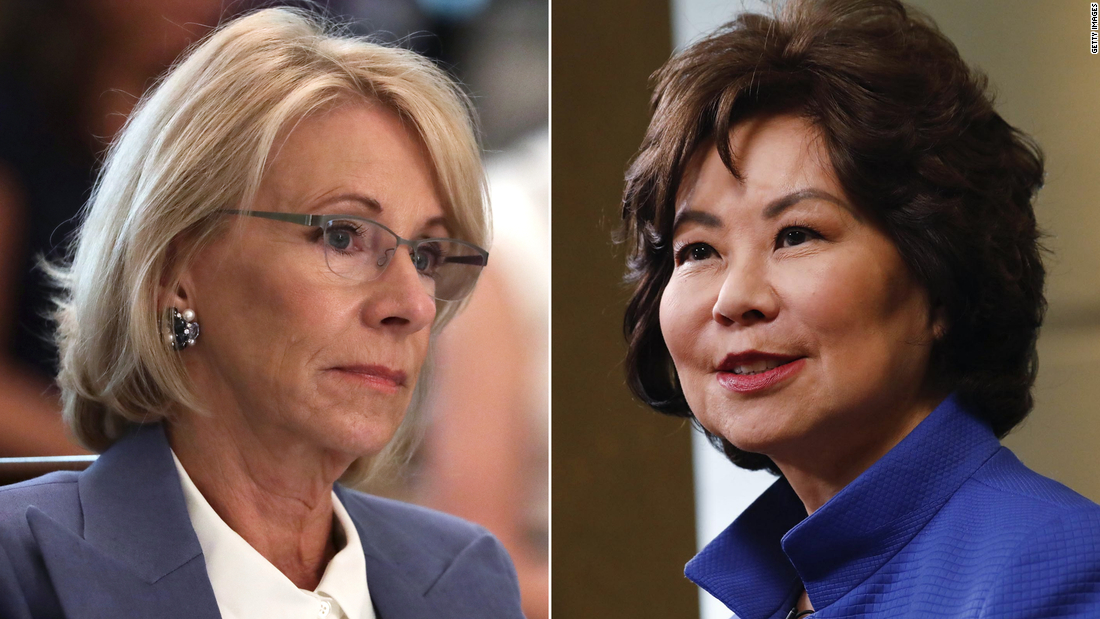 “I am tremendously proud of the many accomplishments we were able to achieve together for our country and I will never forget the commitment you have for this Department and the United States of America,” her statement continued.

She added that will help the Transportation Secretary designate, Pete Buttigieg, in taking on the department.

“It has been the honor of a lifetime to serve the U.S. Department of Transportation,” she tweeted Thursday.

DeVos submitted a letter of resignation to Trump on Thursday, calling Wednesday’s events “unconscionable for our country.”

“There is no mistaking the impact your rhetoric had on the situation, and it is the inflection point for me,” she wrote. “Impressionable children are watching all of this, and they are learning from us. I believe we each have a moral obligation to exercise good judgement and model the behavior we hope they would emulate. They must know from us that America is greater than what transpired yesterday.”

Dr. Elinore F. McCance-Katz, assistant secretary for the Department of Health and Human Services, also resigned Thursday, writing in her resignation letter that she had planned to stay on until the next administration but her “plans abruptly changed” Wednesday evening when she saw “the violent takeover of the Capitol building.”

“I believe that this behavior was totally unacceptable and, in my own heart, I simply am not able to continue,” she wrote.

“Because I believe that the mental health of our people has suffered so greatly under the stresses of COVID-19, the social justice issues that have been so painful for so many, and now with the rending of our nation over questions raised about the presidential election, I cannot support language that results in incitement of violence and risks our very existence,” she added. 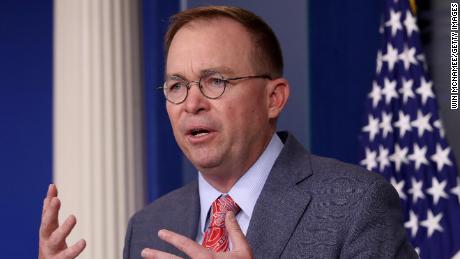 Chao decided to resign after taking “time to absorb” the insurrection on Capitol Hill and the President’s response to it, a senior administration official said. The official said Chao’s decision to resign on Monday — not immediately — was done in order to give her staff time for an orderly departure and transition.

Chao discussed the matter with her staff and her husband, Senate Majority Leader Mitch McConnell, before deciding around 11 a.m. that she would resign.

“Today, there was a lot of soul-searching and discussion,” a senior official said. “It was obviously the right thing to do.”

Before releasing her statement, Chao called White House chief of staff Mark Meadows to inform him of her decision, the senior official said. She has not as of yet submitted a letter of resignation to the President.

Chao encouraged senior officials at the Transportation Department to stay on until January 20 to ensure a smooth transition. Several of her senior staff were considering resigning as well, but were “talked out of it” by Chao, this official said.

The department’s general counsel Steven Bradbury is next in the line of succession because there is currently no deputy secretary. He would become acting Transportation secretary unless the President names another individual to the post.

A veteran of Republican administrations, Chao came into her post with a focus on reviving the nation’s crumbling infrastructure.

But an overhaul package to rebuild roads, bridges and highways never came, stalled by other legislative priorities including tax cuts and health care. The administration did unveil a $1.5 trillion infrastructure plan earlier in Trump’s administration, but the framework has faced obstacles in Congress.

A succession of White House-sponsored “Infrastructure Weeks” did little to advance the cause. The term has become a punch line for the administration’s ability to step on its own message with unforced errors or a President prone to inflammatory tweets or remarks.

Chao had until now remained a dutiful foot soldier for the President, appearing at White House events and traveling the country to view administration-sponsored projects.

Unlike much of the administration, Chao came to her post with years of government experience. She served in both Bush administrations, acting as labor secretary for all eight years of President George W. Bush’s tenure.

Trump has eyed some Bush veterans skeptically, though isn’t known to have singled out Chao specifically.

Instead, it is her husband that has sometimes proved the awkward component in her relationship with Trump. The President has openly sparred with the Republican leader in the Senate over legislative priorities.

Chao had previously navigated the spats deftly. Standing alongside Trump in August 2017 in the midst of a dispute between the President and McConnell over health care, she was asked what she thought of the rift.

This story has been updated.