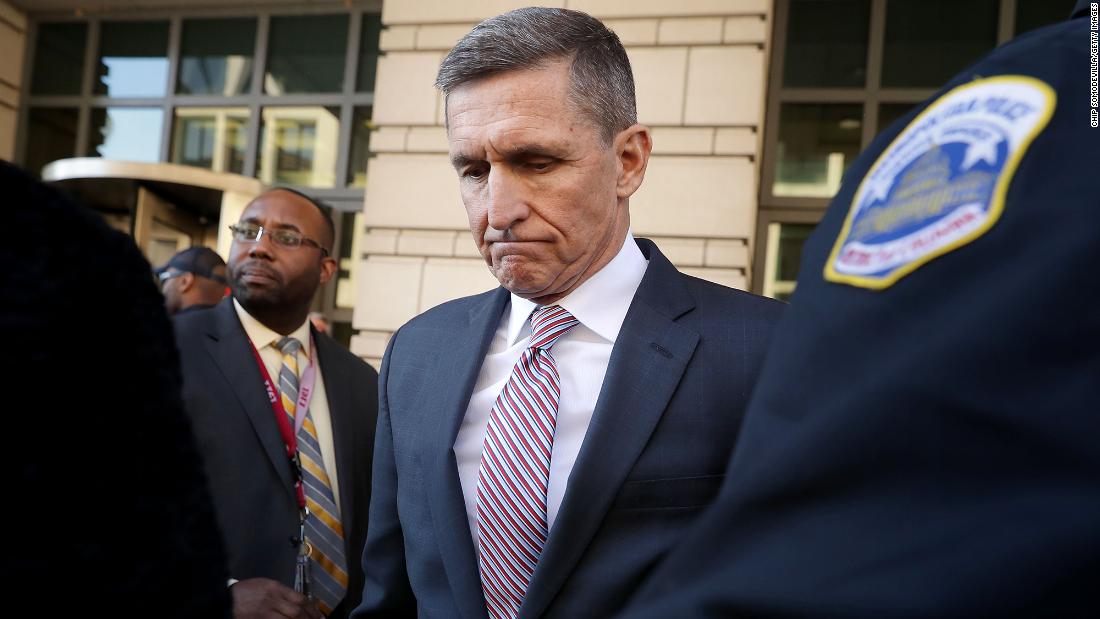 “It is my Great Honor to announce that General Michael T. Flynn has been granted a Full Pardon. Congratulations to @GenFlynn and his wonderful family, I know you will now have a truly fantastic Thanksgiving!” Trump tweeted.
Flynn, who was Trump’s first national security adviser, pleaded guilty twice to lying to the FBI during its investigation of Russian interference in the 2016 presidential campaign about his conversations with then-Russian Ambassador Sergey Kislyak during the presidential transition. Trump said in March that he was “strongly considering” pardoning Flynn and had told aides in recent days that he planned to pardon him before leaving office.

House Intelligence Committee Chairman Adam Schiff, meanwhile, said in a statement that the President “abused the pardon power to reward Michael Flynn, who chose loyalty to Trump over loyalty to his country.”

“There is no doubt that a president has broad power to confer pardons, but when they are deployed to insulate himself, his family, and his associates from criminal investigation, it is a corruption of the Framer’s intent,” the California Democrat said, adding, “It’s no surprise that Trump would go out just as he came in — crooked to the end.”

While the President has continued to falsely insist publicly that he won the presidential election rather than Joe Biden, the pardon of Flynn is a sign Trump understands his time in office is coming to a close. He’s expected to issue a string of additional pardons before leaving the White House, according to multiple sources familiar with the discussion.

Flynn’s tenure at the White House lasted only a few weeks and he resigned after being caught lying about his Russian contacts. At the time, Trump tweeted that he fired Flynn because he had lied to Vice President Mike Pence. Sources familiar with what happened also said Flynn lied to Reince Priebus and Sean Spicer, two top Trump officials at the time.

Flynn pleaded guilty in late 2017 to lying to the FBI about those contacts, but later disavowed his plea and tried to get the case thrown out. In a shocking twist this spring, the Justice Department abandoned the case, which is still tied up in legal limbo.

Throughout the saga, Flynn has narrowly avoided being sentenced.

He’s also become an emblem of Trump’s persistent efforts to undermine the Russia investigation and a conduit for testing the separation of powers between judges and prosecutors.

The Justice Department has argued Flynn never should have been questioned by the FBI in January 2017 and put in the position where he lied.

In September, Flynn and the Justice Department returned to court for the first time in months to argue his case should be dismissed. US District Judge Emmet Sullivan, however, had previously made clear that he might consider sentencing Flynn for his lies.

In the last major hearing where Flynn appeared before Sullivan, in late 2018, the judge grew so incensed with Flynn’s crime and legal approach that he questioned whether the former national security adviser could have been charged with treason. Prosecutors said no.