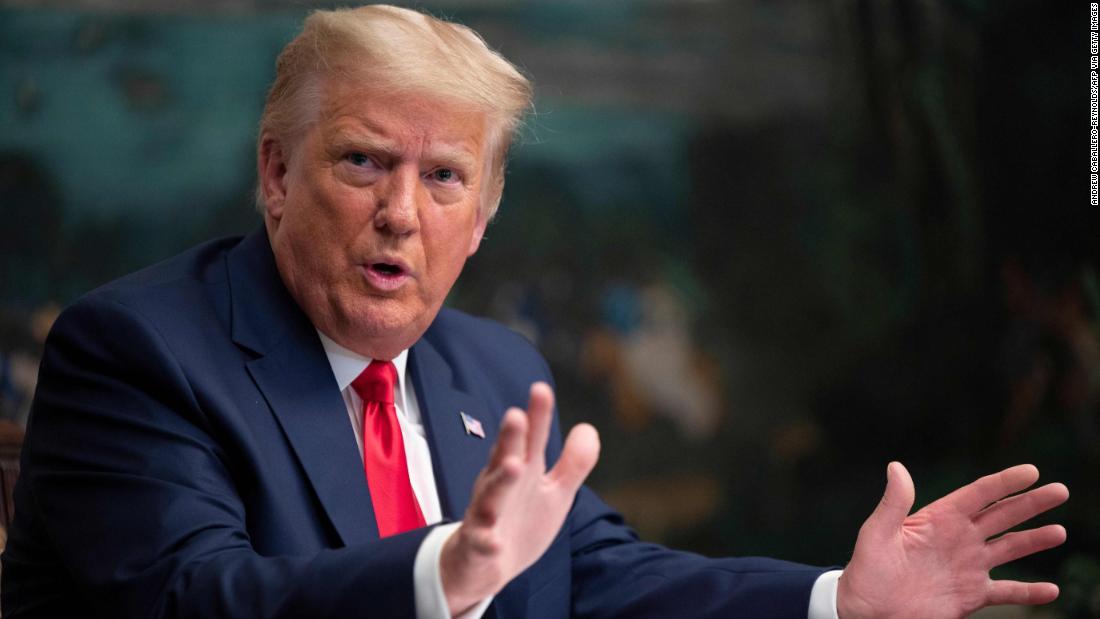 “It’s going to be a very hard thing to concede because we know there was massive fraud,” Trump said without evidence. “As to whether or not we can get this apparatus moving quickly — because time isn’t on our side, everything else is on our side, facts are on our side, this was a massive fraud.”

Trump falsely added that if Biden is declared the winner, the Electoral College, “made a mistake, cause this election was a fraud.” Pressed on his comments, Trump snapped at the reporter. “Don’t talk to me that way. I’m the President of the United States. Don’t ever talk to the president that way,” he said.

Thursday was the first time Trump has taken questions from reporters since the election.

Since CNN and other outlets projected Biden as the winner earlier this month, Trump has refused to accept the results, instead pushing baseless conspiracies that his second term is being stolen.

His comments came during a rambling news conference in the White House after his Thanksgiving teleconference call with military members — an event US Presidents traditionally use to boost morale of service members stationed abroad during the holidays and remind the country of their service.