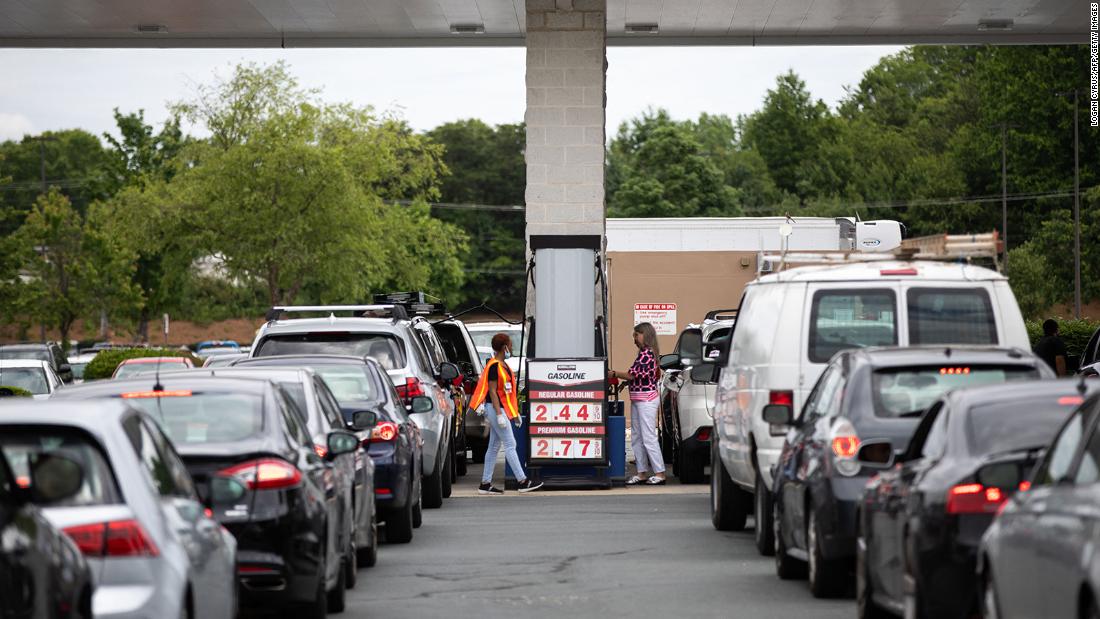 As of 4 pm ET Tuesday, 8.5% of gas stations in North Carolina and 7.7% in Virginia didn’t have gasoline, according to outage figures reported by GasBuddy, an app that tracks fuel prices and demand. The Virginia figure was flat from 11 am ET, while North Carolina was up from 5.8% previously.

Rising outages are also being reported at gas stations in Georgia (5.8%), Florida (2.8%) and South Carolina (3.5%), according to GasBuddy, which collects user reports and shares the information with the government during emergencies.

He warned that the “irrational behavior” could prolong supply issues “for weeks.”

Tiffany Wright of AAA Carolinas criticized what she described as “irresponsible behavior at the pump.”

“People are taking their entire family fleet of vehicles to the gas station and filing up when they don’t need to,” Wright told CNN’s Dianne Gallagher. “We are our own worst enemy in this situation because we are over-consuming at the pump.”

Energy Secretary Jennifer Granholm pleaded with Americans not to hoard gas as the pipeline attempts to resume operations.

“Let me emphasize that much as there was no cause for say, hoarding toilet paper at the beginning of the pandemic, there should be no cause for hoarding gasoline,” Granholm said during Tuesday’s White House press briefing, “especially in light of the fact that the pipeline should be substantially operational by the end of this week and over the weekend.”

Demand for information on gasoline availability is so intense that GasBuddy itself experienced outages. De Haan told CNN the platform is experiencing “slowdowns” because of “extreme traffic,” so users may experience “periodic timeouts” on its website and app.

Gas prices flirt with $3 a gallon

US gasoline demand jumped 20% on Monday compared with the prior week, according to GasBuddy.
In just five states served by Colonial Pipeline — Georgia, Florida, South Carolina, North Carolina and Virginia — demand was up by a collective 40.1%, GasBuddy said.

“I got scared that I could not go to work or take my daughters to school,” Florida resident Linderly Bedoya told CNN on Tuesday. “All the gas stations in my area were without gas and when I finally found one I had to stay an hour in line and I had to fill up with the premium unleaded.”

Bedoya posted a photo on Twitter of a sign from a gas station in Tallahassee that warns drivers only premium fuel is available.

GasBuddy lists smaller outages, impacting less than 1% of the gas stations, in Alabama and Tennessee.

The national price at the pump ticked up to $2.985 on Tuesday, the highest level in nearly six years, according to AAA.

Investors are taking the supply shock in stride. RBOB gasoline futures are little changed from Friday.

Virginia Governor Ralph Northam issued a state of emergency declaration Tuesday afternoon “to prepare and coordinate our response” to the Colonial Pipeline shutdown. Northam said that while gasoline reserves in Virginia are “sufficient to address immediate supply concerns, he acknowledged that a prolonged pipeline closure will cause “gasoline supply disruptions to various retailers.” 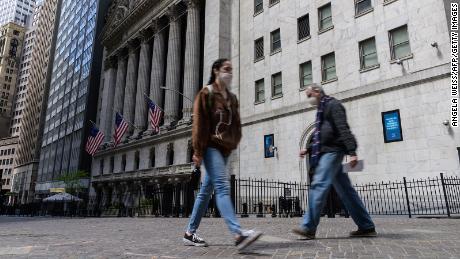 EPA Administrator Michael Regan cited “extreme and unusual fuel supply circumstances” for waiving certain federal requirements for fuels sold in the District of Columbia, Maryland, Pennsylvania and Virginia. The waiver will continue through May 18.

The Colonial Pipeline, which supplies nearly half the diesel and gasoline to the East Coast, said Monday it hopes to be substantially operational by the end of the week after a hack that authorities believe was carried out by a criminal group called DarkSide.
“This is a hugely important part of our energy infrastructure on the East Coast,” Neil Chatterjee, a commissioner at the Federal Energy Regulatory Commission, told CNN Business on Monday. “These pipelines are now, in many ways, on the front lines of our national defense.”

Alabama Governor Kay Ivey urged residents not to panic and “only fill up if you need to, and do not fill up multiple containers.”