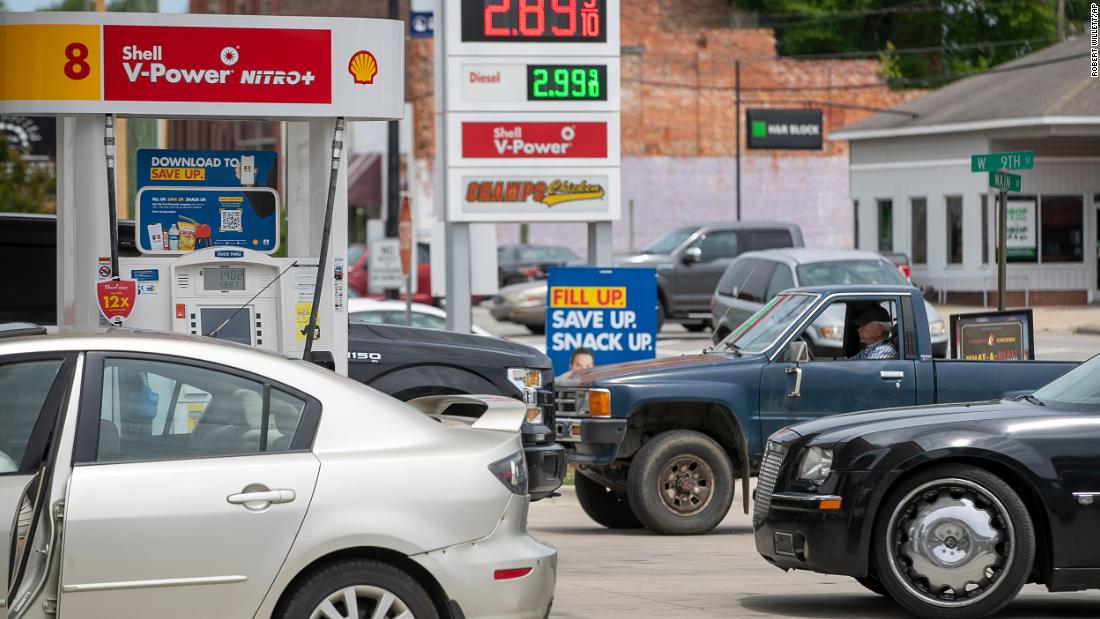 The panic-buying threatens to exacerbate the supply shock. US gasoline demand climbed by 14% on Tuesday compared with the week before, according to GasBuddy, an app that tracks fuel prices and demand.

Here’s how we got to this point.

The Colonial Pipeline system spans more than 5,500 miles and transports about 45% of all fuel consumed on the East Coast. It transports 2.5 million barrels per day of gasoline, diesel, jet fuel and home heating oil.

The run on fuel began after a ransomware attack Friday shut down the Colonial Pipeline. The company said Monday it hopes to be substantially operational by the end of the week after a hack that authorities believe was carried out by a criminal group called DarkSide. As of Tuesday, most of the pipeline remained offline.

How is this impacting demand for gas?

Even GasBuddy itself reported website outages Tuesday as result of “extreme traffic.”

What does this mean for prices at the pump?

Average prices at the pump climbed above the key psychological milestone of $3 a gallon on Wednesday for the first time in more than six years, according to AAA.

How are states responding?

What should you do?

The best thing for car owners to do right now is take a deep breath and don’t rush to fill your tanks unless you have to. A big part of the problem is panic, Tiffany Wright of AAA Carolinas said. “We are our own worst enemy in this situation because we are over-consuming at the pump.”

Energy Secretary Jennifer Granholm pleaded with Americans not to hoard gas as the pipeline attempts to resume operations.

“Let me emphasize that much as there was no cause for say, hoarding toilet paper at the beginning of the pandemic, there should be no cause for hoarding gasoline,” Granholm said during Tuesday’s White House press briefing, “especially in light of the fact that the pipeline should be substantially operational by the end of this week and over the weekend.”

CNN’s Matt Egan and Allison Morrow contributed to this report