Queen and Prince Philip send message of condolence to ‘families, friends and colleagues’ of those killed in Canada’s deadliest mass shooting and pays tribute to bravery of Mounties

By Sebastian Murphy-bates For Mailonline

The Queen has sent a message of condolence to the people of Nova Scotia following the deadliest mass shooting in Canada‘s history.

The Queen said: ‘Prince Philip and I have been deeply saddened by the appalling events in Nova Scotia and we send our condolences to the families, friends and colleagues of those who have lost their lives.

‘I also pay tribute to the bravery and sacrifice of the officers from the Royal Canadian Mounted Police and other police services who selflessly responded to these devastating attacks, and to the emergency services who are supporting those who have been injured and affected.

‘My thoughts and prayers are with the people of Nova Scotia and all Canadians at this tragic time. Elizabeth R.’ 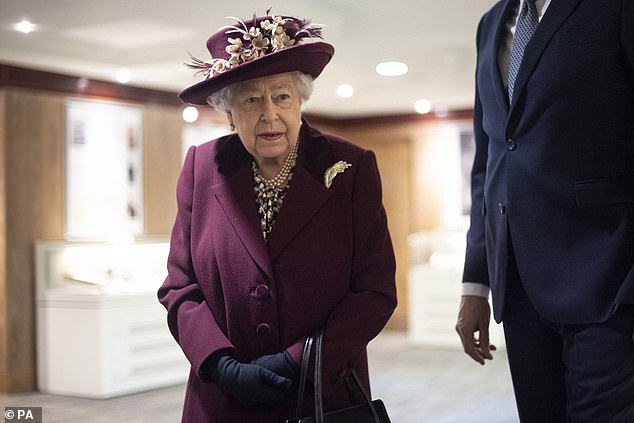 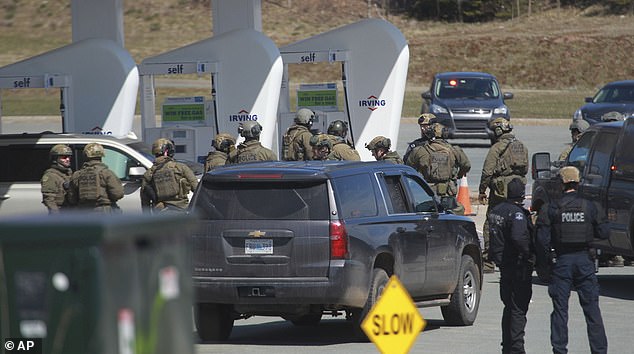 Royal Canadian Mounted Police officers are pictured at the scene at a gas station in Enfield, Nova Scotia, on Sunday 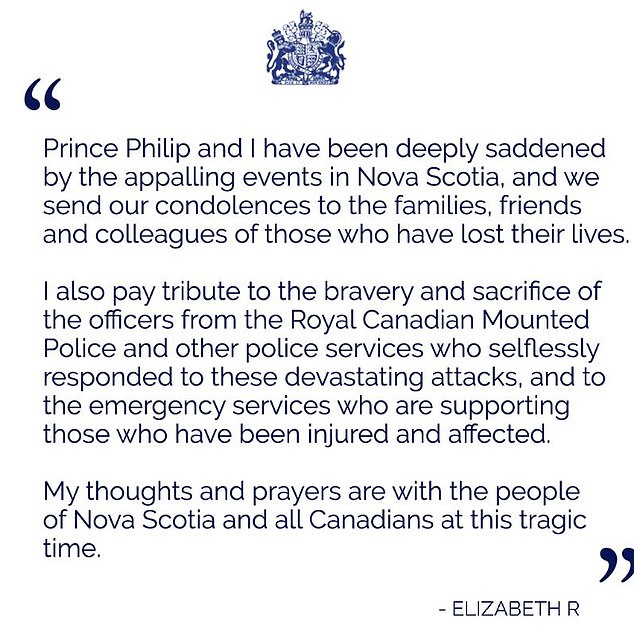 Pictured: The message issued by the Queen and Prince Philip following the slaughter in Nova Scotia

Gunman Gabriel Wortman, 51, was shot dead by police after a 12-hour slaughter across the eastern province of Nova Scotia.

Disguised as a police officer and driving a fake cop car, he reportedly ‘executed point blank’ constable Heidi Stevenson when she rammed his vehicle in an attempt to apprehend him.

Lisa McCully, a teacher at Derbert Elementary, was informally identified by her sister in a heartbreaking Facebook post last night.

Nurse Heather O’Brien was also identified by her daughter in a Facebook post shared Sunday night that read: ‘A monster murdered my mother today.’ 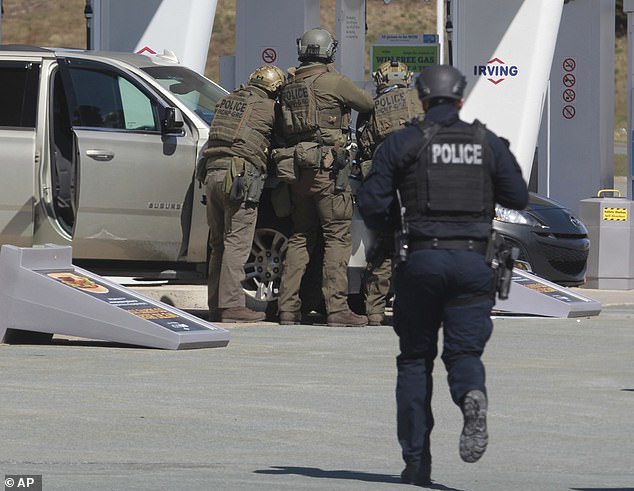 Royal Canadian Mounted Police officers at a gas station in Enfield, Nova Scotia Sunday.  Police first announced that they had arrested Wortman at the gas station but later said he had died 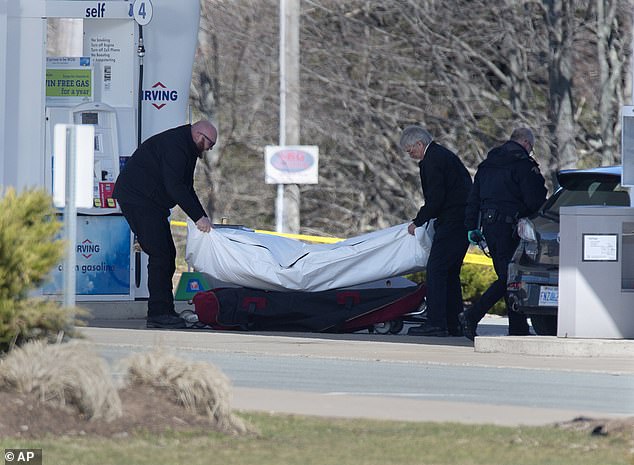 Workers with the medical examiner’s office remove a body from a gas bar in Enfield, Nova Scotia on Sunday. Late Sunday morning, there were half a dozen police vehicles at the scene of the gas station where the suspect died. Yellow police tape surrounded the gas pumps, and a large silver-colored SUV was being investigated.

Police said Wortman had been on the run since Saturday night, when officers were alerted to shots fired in the town of Portapique, around 60 miles from Halifax.

Wortman appeared to slaughter most of his targets at random, but police sources told the Toronto Sun the first two victims were the gunman’s ex-wife and her new boyfriend.