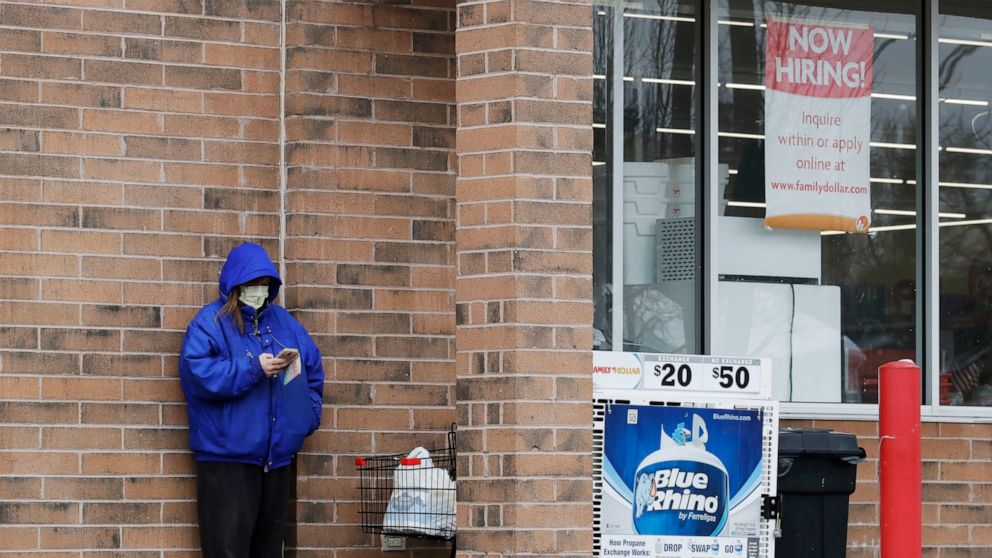 WASHINGTON — Like many Americans cooped up during the virus outbreak, Jeff Kardesch of Austin, Texas, is spending a lot of time on social media. It isn’t just idle talk with friends. Kardesch is struggling to find out when he’ll receive the unemployment benefits he needs.

His business as a self-employed film and commercial producer evaporated once Austin canceled the annual South by Southwest festival in early March. Since then, no other work has replaced it.

Yet because Kardesch is self-employed, it’s a headache for him to obtain unemployment aid — or even figure out when he will. A new federal relief package made freelancers like him eligible for unemployment benefits for the first time. But Texas, like most states, has had to establish a new system to process these new claims and distribute the money.

Kardesch, 23, applied in late March. He was quickly turned down. He has since reapplied. No luck.

“It’s really frustrating,” Kardesch said. “Nothing so far has really worked. The most I can do is just apply, get rejected and stay in the system.”

The number of Americans who have filed jobless claims is already stunning: More than 4.4 million last week and 26 million in the five weeks since the coronavirus shut down much of the nation’s economy. It’s easily the worst stretch of job losses in U.S. history. Economists say the layoffs could send the unemployment rate as high as 20%, which would be the worst level since the Great Depression.

But there are many more filings for jobless aid to come, including millions of independent contractors, gig workers and the self-employed. Most states have not begun approving applications from these pools of newly eligible people.

The Labor Department estimates that 10.6 million Americans work as contractors, which means their jobs tend to exist for a limited period, and they receive few, if any, benefits. An additional 16 million are self-employed. And perhaps 1.5 million are gig workers — Uber drivers, TaskRabbit workers and the like — though most of these people do such work as a second job.

If even a quarter of them file for jobless aid, it would add up to many more new claims for unemployment, though it’s hard to say how many. Kardesch and others who have already applied and been turned down wouldn’t count as a new claim once Texas starts approving such applications.

The delay stems from the fact that states already have records for traditional workers that receive W-2 forms and whose employers pay unemployment taxes. But the process is more complicated for contractors and other independent workers who typically receive 1099s. State agencies need additional documentation, which their systems aren’t set up to handle.

On Wednesday, the Texas Workforce Commission said it had begun to process claims from the self-employed and to reconsider applicants who were previously turned down. Other states aren’t yet ready. Ohio says it won’t be until mid-May. California says it will start accepting applications next week. Pennsylvania and Massachusetts have only recently begun doing so.

Some experts expect more self-employed people to apply in coming weeks after failing to obtain a loan through the government’s small business lending program, which ran out of money late Thursday. Congress is moving toward replenishing those funds. But banks say that amount will also soon be exhausted.

“We have been pretty much hearing non-stop from people,” including anxious self-employed workers, said Julia Simon-Mishel, a lawyer with Philadelphia Legal Assistance. More contractors and self-employed have been participating in her Facebook Live seminars on jobless aid. The most recent seminar was viewed 7,500 times.

“They were looking for those (small business) loans, and now pandemic unemployment system is their only option,” she said, referring to the expanded federal program.

Yet many gig workers will find that their extra income from side hustles won’t help them if they have a regular job.

Wes Little, a drummer in Nashville, has made only about 5% of his income through traditional jobs. Even so, Tennessee, like all states, required him to file under its traditional unemployment system. That means his benefits are pegged only to his income from traditional work — not to his larger pay from music gigs. Laid-off workers can’t receive benefits from both regular unemployment and the pandemic program.

He received $69 the first week and $54 the second week. He is, however, able to receive the additional $600 a week in federally provided jobless aid that Congress recently approved.

The number of people who are receiving unemployment benefits has reached a record 16 million, surpassing a previous high of 12 million set in 2010, just after the 2008-2009 recession ended. This figure reflects people who have managed to navigate the application systems in their states, have been approved for benefits and are actually receiving checks.

Women make up a majority of workers in some industries that have been hit hardest, such as health care, where many jobs outside hospitals have been lost, and hotels and restaurants. Heidi Shierholz, an economist at the progressive Economic Policy Institute, calculates that 56% of the layoffs have involved women.

African-Americans and Latinos are typically among the first to be laid off in recessions. Though the government doesn’t track the jobless claims data by gender or race, a survey by the University of Southern California found that 21% of African Americans and 18% of Latinos say they have lost jobs in the past month, compared with 15% of whites.

One factor in that disparity is the ability to work from home. A study by the Center for American Progress found that whites are more than twice as likely as blacks to say they can work from home and 50% more likely than Latinos.

In Michigan, 17% of the state’s workforce is now receiving unemployment aid, the largest proportion in the country. It is followed by Rhode Island at 15%, Nevada at 13.7% and Georgia at 13.6%.

In the meantime, the self-employed keep waiting. Among them is Sasha McVeigh, a musician in Nashville. She had been working steadily until the city shut down music clubs in mid-March.

Since then, she’s applied for unemployment benefits but so far has received nothing. To make ends meet, McVeigh has applied for some grants available to out-of-work musicians, held some live streaming concerts and pushed her merchandise sales. Still, she worries about what’s ahead.

“It has been nagging on my mind — what if my unemployment doesn’t come in or it keeps being delayed? What am I going to do? But if you keep focusing on that terrifying thought, it becomes impossible to function.”

AP Writers Travis Loller in Nashville, Jim Vertuno in Austin, Texas, and Pan Pylas in London contributed to this report.