But the country isn’t celebrating yet.

Over the past few days, newly diagnosed infections have been in the single digits. And on Monday, New Zealand reported just one new case.

“That does give us confidence that we’ve achieved our goal of elimination, which never meant zero but it does mean we know where our cases are coming from,” Ashley Bloomfield, New Zealand’s Director General of Health, said on Monday, adding that there was only one case since April 1 where authorities were still investigating the source of infection.

On Tuesday, the country eased into a less restrictive lockdown, with 400,000 more New Zealanders heading back to work and 75% of the country’s economy operating, according to Ardern. The new level three restrictions also mean that New Zealanders will be able to hold small funerals and buy takeaways.

New Zealand has reported 19 deaths and 1,472 confirmed and probable coronavirus cases, according to Johns Hopkins University. Of those, 1,214 — of 82% of confirmed and probably cases — have recovered, the Ministry of Health said Tuesday.
But while New Zealand’s success in eliminating the virus might seem like cause for celebration, Ardern is still urging vigilance.

“We are not out of the woods,” she said at a press conference Tuesday. “(Level three) is a recovery room of sorts to assess if the incredible work that New Zealanders have done … has worked.”

It’s a relatively remote island nation, and relatively few flights transit through New Zealand. It’s also centrally governed, meaning it doesn’t have states like the US or its neighbor Australia.

But the real key to New Zealand’s success appears to be an approach that could be applied anywhere — moving swiftly, testing widely, and relying heavily on good science.

When Ardern announced on March 14 that anyone entering the country would need to self isolate for two weeks, it was among the toughest border restrictions in the world. At the time, the country had six cases.

When, on March 19, Ardern banned foreigners from entering the country, there were 28 confirmed cases.

And on March 23, when Ardern announced that the country was going into lockdown, there were 102 confirmed cases — and no deaths. 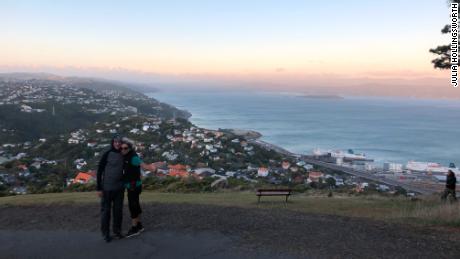 “Decisive action, going hard and going early, helped to stamp out the worst of virus,” Ardern in a statement Tuesday.

There’s a few reasons New Zealand took strong action. As Ardern said in a press conference on March 14, New Zealand is a key departure route to Pacific Islands — and the country has a responsibility to protect its Pacific neighbors. But the swift actions were also for the benefit of New Zealanders.

“Here in New Zealand, we don’t have a lot of intensive care beds compared to some other countries. That’s why (Ardern) acted really fast,” Auckland University microbiologist Siouxsie Wiles said earlier this month.

While New Zealand took prompt action, it is being slow to roll back prevention measures. Even as the country’s cases appeared to trend downward, Ardern opted to extend the most restrictive, level four lockdown measures by five days.

Despite that, many New Zealanders support the restrictions. In a Colmar Brunton survey last week, 87% said they approved of the way the government is responding to the pandemic.

New Zealand has ramped up its testing, to the point that it can now carry out up to 8,000 tests per day, Ardern said Tuesday.

To date, New Zealand has carried out 126,066 tests. For comparison, the United Kingdom — a country with around 13 times more people than New Zealand — has completed 719,910 tests.

But the real sign that New Zealand’s testing is working is its test positivity rate — the proportion of tests coming back positive.

Dr. Mike Ryan, Executive Director of the WHO’s Health Emergencies Programs, said recently that a good benchmark is to have at least 10 negative cases for every one positive case confirmed. That means if a state or country carries out testing and comes back with positive cases of around 9% or under, then it’s likely that it is testing well. 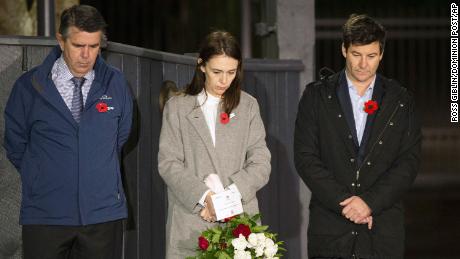 New Zealand’s test positivity rate is around 1%, suggesting that there isn’t widespread community transmission that’s slipping under the radar.

On Monday, Ardern noted that in other countries around the world, each person infected with coronavirus infects around 2.5 people. Under New Zealand’s lockdown, that has dropped to 0.4 — less than half a person infected.

The real lesson from New Zealand has been the combination of good science and leadership, Professor Michael Baker, from Otago University’s Public Health Department, said earlier this month.

Throughout the lockdown period, Ardern has appeared alongside Bloomfield at regular press conferences, with Ardern often passing questions from the media to him. 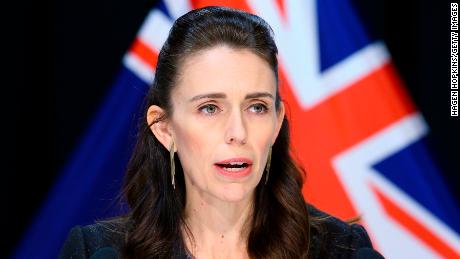 Although Bloomfield is a public servant, he is qualified in medicine and has a specialism in public health medicine. According to a statement on the Ministry of Health website, his particular area of professional interest is non-communicable disease prevention and control.

“In New Zealand, it has been a wonderful link between good science, and brilliant leadership, and the two together are I think are really highly effective,” said Baker. “I’ve been really disappointed that countries who have far more, absolutely the top science resources in the world, that is the US and UK, many countries in Europe, have not fared better than countries like New Zealand which has limited resources.”

Although New Zealand is currently being seen as a success story of the coronavirus crisis, it also shows that gains in the fight against Covid-19 doesn’t mean a return to life as normal.

Despite New Zealand’s early success, the country is still effectively in lockdown, with most people still being told to stay home and stick to their “bubbles” — the name for the people they are isolating with.

“(Level three) is not and cannot be returned to pre-Covid-19 life,” Ardern said Monday. “That day will come, but it is not here yet.” 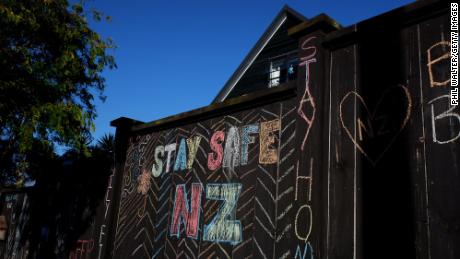 A house fence chalked up with messages relating to the Covid-19 lockdown on April 3, 2020 in Auckland, New Zealand.

Ardern pointed out that the battle against Covid-19 would continue until there is a vaccine. And — like other countries — New Zealand still has an economic fight to contend with.

Tourism — New Zealand’s biggest export industry — has taken a hit. Foreign nationals are still banned from entering the country, and any New Zealanders who arrive in the country will need to spend at least 14 days in government quarantine facilities. There is discussion about New Zealand and Australia opening their borders to one another, but for now, nothing official has been announced.
Under a best case scenario, New Zealand’s Treasury estimated that the country could see a 13% unemployment rate.

“We will do all we can to ensure we fight the economic impacts of the virus in the same way we did the health threat,” Ardern said on Tuesday. “With unity, with fast support, by looking after each other.”