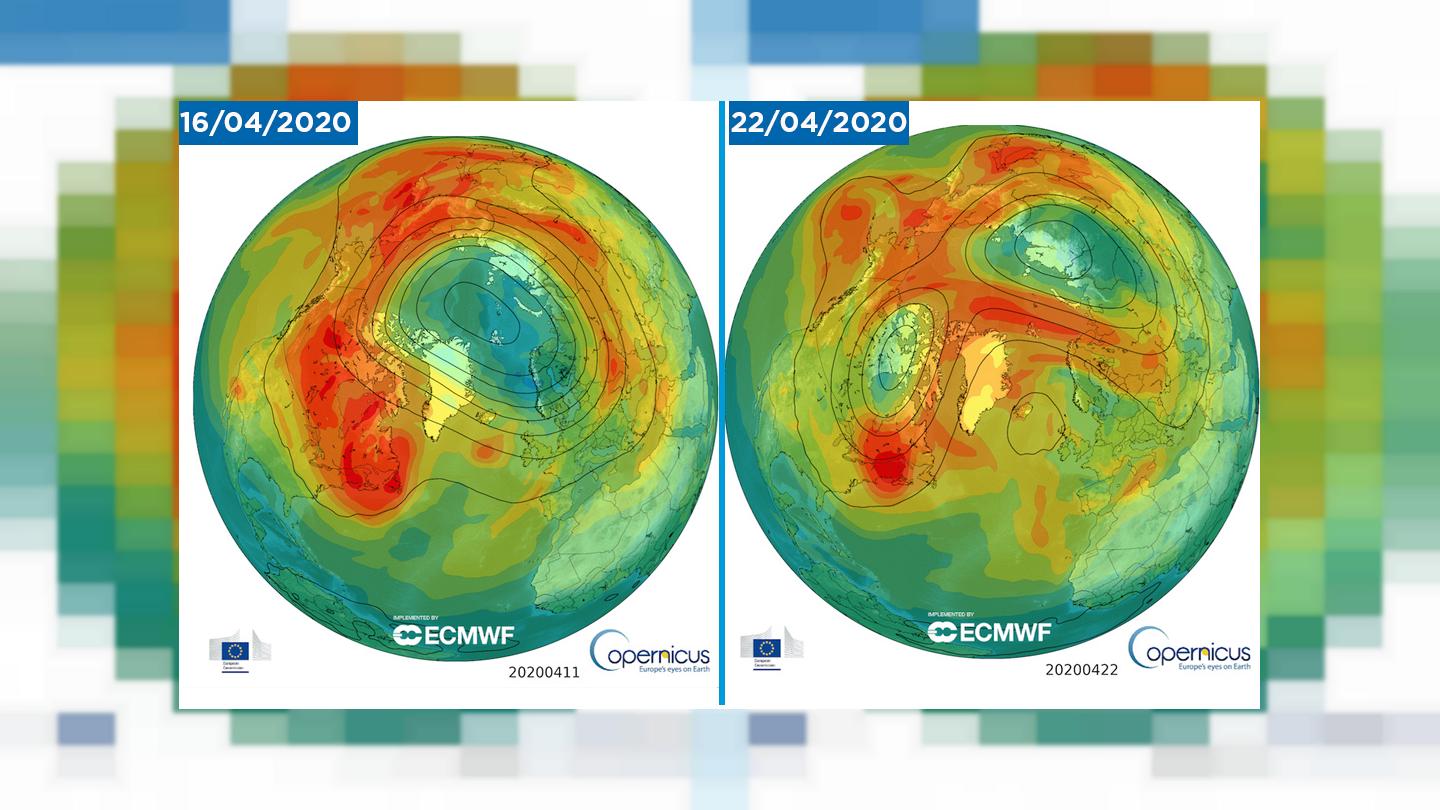 The largest hole ever observed in the ozone layer over the Arctic has closed, says Copernicus’ Atmospheric Monitoring Service.

Scientists spotted signs in late March of a rare hole forming and it was thought to be the result of low temperatures at the north pole.

The ozone layer shields the Earth from most of the Sun’s ultraviolet radiation, which is a major cause of skin cancer.

The record-breaking hole would only have posed a direct threat to humans if it had of moved further south to populated areas.

But on Thursday (April 23), Copernicus – the EU’s earth monitoring programme – announced the hole had now closed.

The closing has nothing to do with the reduction in pollution caused by having much of the world on COVID-19 lockdown.

Instead, it’s down to the polar vortex, the high-altitude currents that normally bring cold air to the polar regions. This has split in two giving the Arctic region a relative heatwave, with temperatures up to 20ºC higher than is normal for this time of year.

Why has an ozone hole formed in the Arctic?
This year the polar vortex has been extremely powerful and temperatures inside it have been very cold.

This generates stratospheric clouds that destroy the ozone layer by reacting with CFC gases, banned by the 1987 Montreal Protocol.

In recent days, the polar vortex has broken up and weakened. Copernicus ECMWF (European Centre for Medium-Range Weather Forecasts) predicts it will form again, but without affecting the ozone layer as much.

“It is very unusual for such a strong ozone depletion to occur in the northern hemisphere, but this year’s polar vortex was exceptionally strong and persistent, and temperatures were low enough to allow stratospheric clouds to form for several months,” Copernicus scientist Antje Inness told Euronews.

Why is this Arctic ozone hole so rare?
The better-known ozone hole is above the Antarctic at the South Pole and occurs during the austral spring (July to September) when the stratosphere is naturally much colder. In general, the conditions for ozone destruction on this scale just doesn’t happen at the North Pole.

This year, the strong and stable polar vortex has caused the concentration of more ozone-depleting chemicals than usual, which added to the extreme cold has created the conditions for this unprecedented hole.

The first time an ozone hole was observed at the North Pole was in 2011, but it was smaller and during the month of January.

The unprecedented 2020 northern hemisphere #OzoneHole has come to an end. The #PolarVortex split, allowing #ozone-rich air into the Arctic, closely matching last week’s forecast from the #CopernicusAtmosphere Monitoring Service.

“We don’t know at the moment why the dynamics were so unusual this winter,” said Inness. “I’m sure many scientists will do modelling studies to find out the reasons for this.”

The direct consequence is increased UV exposure in the areas through which this ozone hole has passed: during the period Alaska, Canada, Greenland and parts of Russia.

Scientists at the University of Santiago de Chile told Euronews that the exceptional polar vortex was likewise reinforced by the ozone hole, and this has been a determining factor in Europe having the warmest winter since records began.

Furthermore, they consider that “what happened should not have any effect on the northern summer and neither does it allow us to say much about how the summer will be”.

Last year’s reduction in the ozone hole was also due to an extreme episode of stratospheric warming.