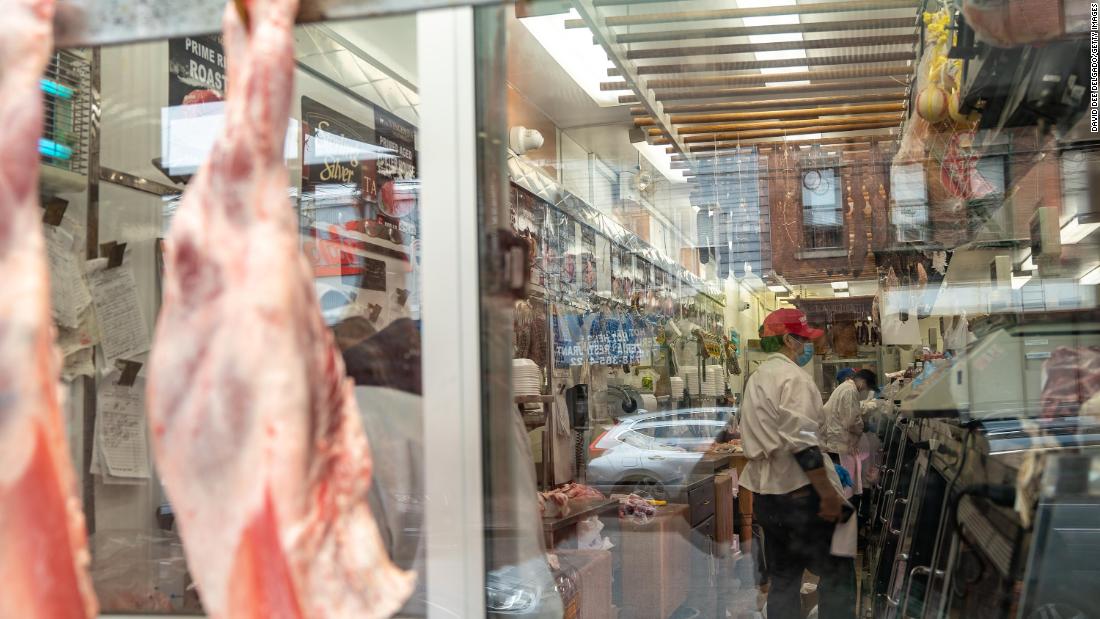 Trump had highlighted the order during an Oval Office meeting with Florida Gov. Ron DeSantis that was opened up to reporters.

“We’re going to sign an executive order today, I believe, and that’ll solve any liability problems,” Trump said on Tuesday.

The President signed the order after some companies, such as Tyson Foods, were considering only keeping 20% of their facilities open. The vast majority of processing plants could have shut down — which would have reduced processing capacity in the country by as much as 80%, an official familiar with the order told CNN.

By signing the order, Trump declared these plants part of critical infrastructure in the US.

The administration is also working with the Department of Labor on issuing guidance about which employees who work at these meat processing facilities should remain home, including workers who are part of populations most vulnerable to the coronavirus.

When Trump announced the executive order, he also told reporters that his administration was working with Tyson Foods.

Tyson Foods spokesman Gary Mickelson wouldn’t comment on the order because the company had not seen it, but said: “We can tell you our top priority remains the safety (of) our team members and plant communities while we work to continue fulfilling our role of feeding families across the country.”

With many Americans staying home during the coronavirus, industry experts say demand for meat has increased. But some of the country’s largest processing plants have been forced to cease operations temporarily after thousands of employees across the country have tested positive for the virus.

The situation has gotten so severe, meat processing executives warned, that the US meat supply could be at risk.
Meat, beef and pork production reached record highs in March, according to the US Agriculture Department. But earlier this month, the United Food and Commercial Workers International Union said at least 13 processing plants have closed over the past two months, resulting in a 25% reduction in pork slaughter capacity and 10% reduction in beef slaughter capacity.

The union also estimated Tuesday that 20 meatpacking and food processing workers have died so far.

For years, major meat processors have been ruthlessly tamping down on costs and increasing efficiencies.

But in addition to those dangers, efforts to speed up processing has led to workers standing closer together — about three or four feet apart from each other while working.

Officials say that people should stand about six feet apart in order to maintain social distancing practices that could help prevent the spread of Covid-19.

Major meat processors such as Smithfield, Tyson and others say they’ve put measures in place, like temperature checks and plexiglass to encourage social distancing in some areas and to help keep their workers safe. But some workers say their employers aren’t doing enough to protect them.

In March, the United Nations warned that the coronavirus pandemic threatened to disrupt food supply chains around the world.

“A protracted pandemic crisis could quickly put a strain on the food supply chains, a complex web of interactions involving farmers, agricultural inputs, processing plants, shipping, retailers and more,” the Food and Agriculture Organization of the United Nations said in a report.

North Carolina Democratic Rep. Alma Adams, who chairs the House Workplace Protections Subcommittee, said that the plants “should not reopen without unprecedented protections and safeguards for workers and livestock.”

Trump has previously invoked the Defense Production Act during the pandemic to compel companies to produce or procure medical supplies and equipment, such as personal protective equipment and ventilators. It’s also been used to prosecute sellers hoarding supplies and selling it at huge markups.