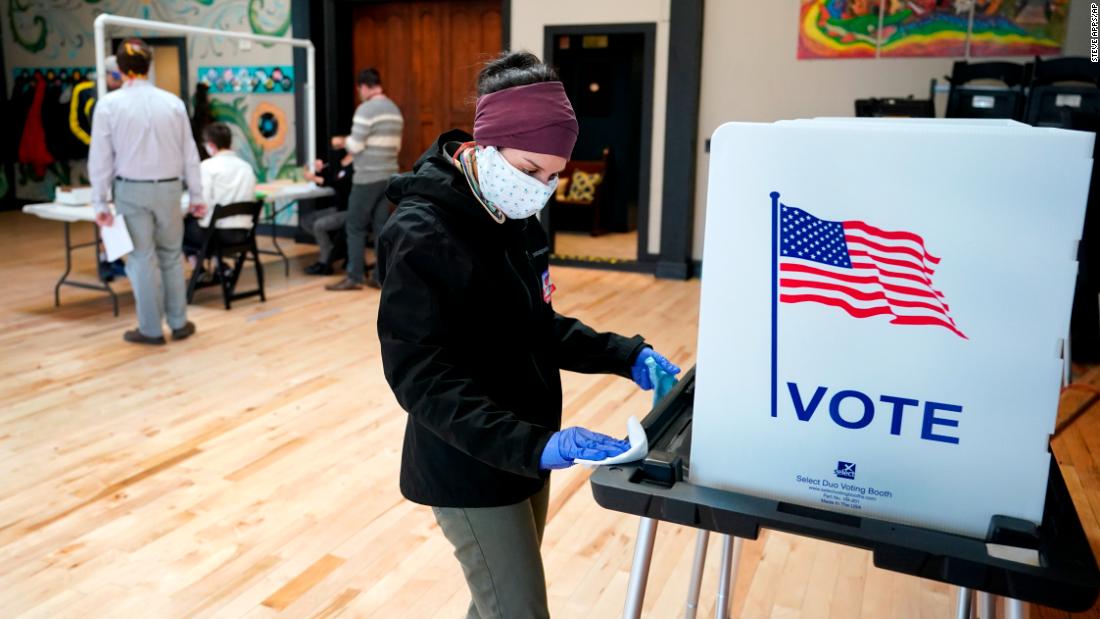 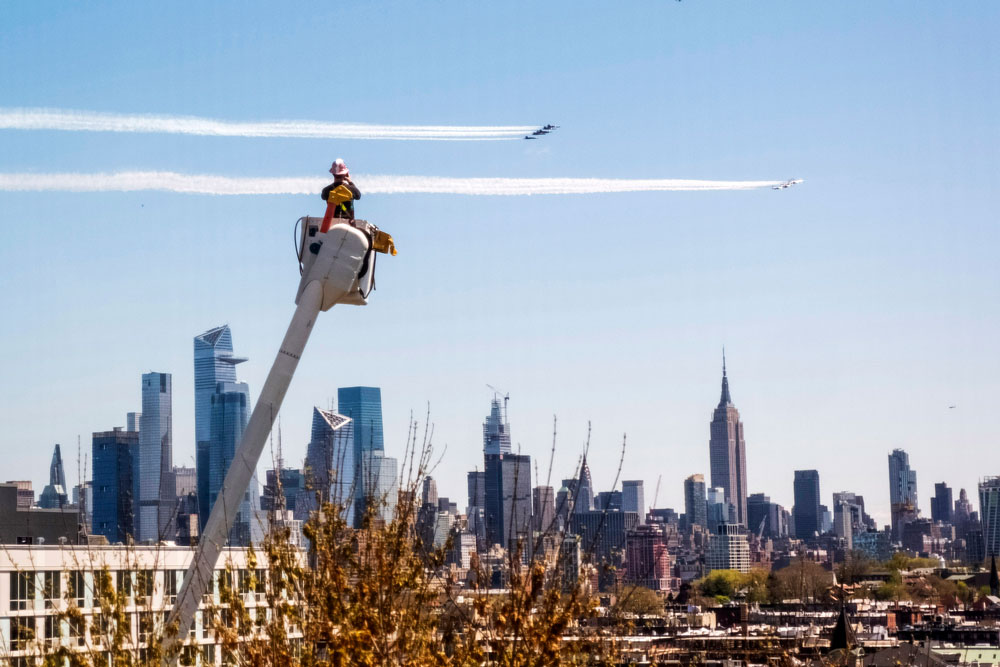 A utility worker watches the US Navy’s Blue Angels and the US Air Force’s Thunderbirds conduct “a collaborative salute” to honor those battling the coronavirus pandemic with a flyover of New York and New Jersey, on Tuesday, April 28. Charles Sykes/AP

The novel coronavirus has now infected more than 3.1 million people and killed nearly 217,000 worldwide, according to Johns Hopkins University.

If you’re just joining us, here are the latest developments:

US cases surpass 1 million: With at least 1,012,399 known Covid-19 infections, the United States accounts for nearly a third of cases officially recorded worldwide, as some states take their first steps toward reopening.

Russia braces for tough phase: The country will “face a new and grueling phase of the pandemic,” President Vladimir Putin said in a televised statement. He also acknowledged shortfalls in personal protective equipment for Russian medical workers. Russia has surpassed both Iran and China in its number of confirmed cases.

Countries easing lockdowns: New Zealand, Australia and several European countries including Portugal, France, and Greece have loosened, or put forward plans, to ease some of their toughest coronavirus restrictions.

Mike Pence mask controversy: The US vice president has come under fire for not wearing a face mask while touring the Mayo Clinic in Minnesota. Pence said he didn’t wear one because he’s tested for coronavirus regularly.

Unrest in Lebanon: Tensions continue to flare in Lebanon as violent protests against economic hardship erupted again in Tripoli and other cities in defiance of a coronavirus lockdown.

Airline layoffs: British Airways has announced a restructuring and redundancy plan that could lead to layoffs for up to 12,000 staff.