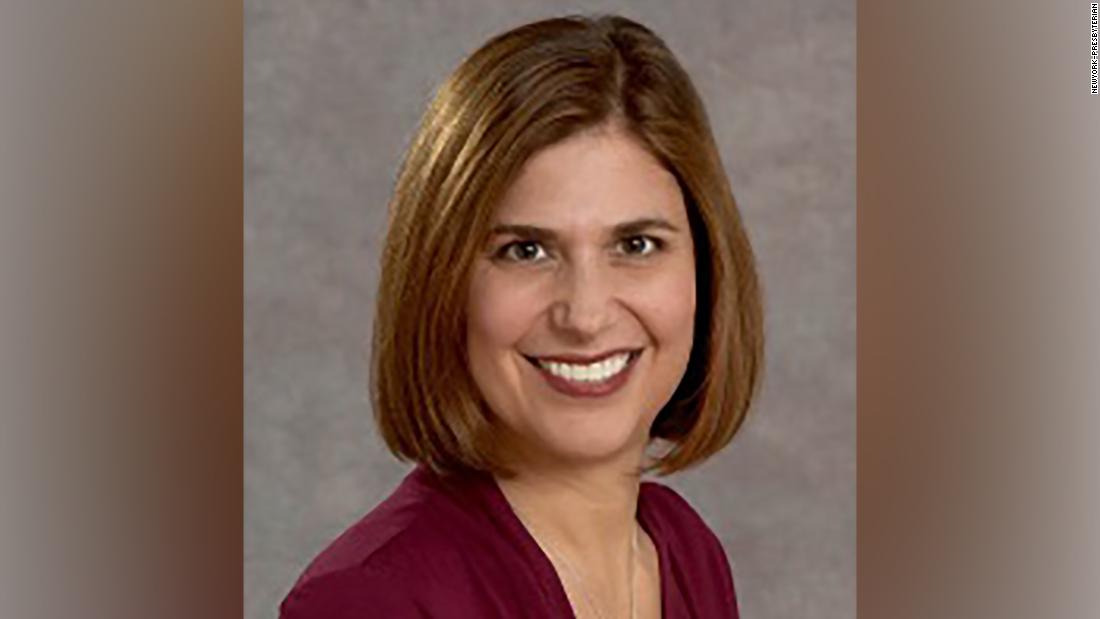 “Even outside of the pandemic, you’re talking about a vulnerable population of people,” CNN Chief Medical Correspondent Dr. Sanjay Gupta said. “You know, there’s a lot of stress.”

The coronavirus pandemic has created what’s known as “second victims,” according to Curtis Reisinger, a clinical psychologist and the director of the Employee Assistance Program at Northwell Health in New York. The term refers to health care providers who experience trauma related to a patient’s care.

For instance, Reisinger said he has heard from health care workers who say that Covid-19 has kept them from being able to fully care for their patients’ needs.

“The pain they are experiencing is sometimes wanting to get closer and wanting to help, but you can’t,” he said.

Because coronavirus is so contagious, families are not allowed in hospitals and health care workers can’t get too close to infected patients, leaving patients alone.

“You can see the fear in somebody’s eyes, (but) you can’t give them a hug, you can’t reassure them,” he said. “They’re suffering watching what they can’t do.”

The pandemic’s effect on mental health is most immediately evident in the death of Breen, who contracted coronavirus while working in the hospital during the pandemic, according to her father, Dr. Philip Breen. She returned to work after a week, which he said in hindsight was not enough time.

“I think she felt an overwhelming sense of wanting to help her colleagues and her friends who were still fighting the good fight, and so she strapped on her harness and took the bit in her mouth and she went back,” he said.

When she returned to work, she couldn’t last through a 12-hour shift, her father said. Her friends and relatives helped her get to her family in Charlottesville, Virginia, and there she was admitted to the hospital at the University of Virginia for exhaustion, her father said. 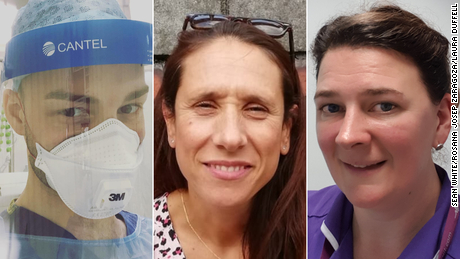 “As of Sunday, she took her own life because I think she was tired and she was the kind of person, as somebody has very aptly put it, she was like the fireman who runs into the burning building to save another life and doesn’t regard anything about herself. So she has paid the price and she’s been in the trenches,” her father said.

“Our frontline heroes are fighting a war on two fronts,” de Blasio said in a statement. “They have been through so much to protect their fellow New Yorkers, and we will not allow them to shoulder the mental toll of this pandemic alone. To those who are struggling: your city hears you, we see you, and help is on the way.” 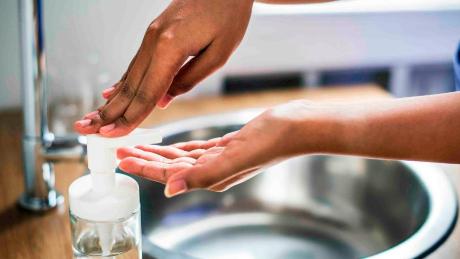 Among all Americans, the suicide rate has increased 35% from 1999 to 2018, according to a data brief released by the National Center for Health Statistics.
Physicians are an at-risk profession of suicide, with women particularly at risk, according to a 2019 PLoS One systematic review and meta-analysis of studies on suicide among health care workers.
In addition, a CDC analysis, based on data from 17 states that participated in the 2012 and 2015 National Violent Death Reporting System, looked at US suicides by occupational group. The analysis found that, among all occupations, health care practitioners and technical occupations had the sixth-highest suicide rate among women and the eighth-highest rate among men in 2015.

The risks to their own health, high stress life-and-death situations and long hours in a demanding job make health care a particularly toiling field even in normal times.

But Gupta said the novel coronavirus pandemic has amplified those issues to another level because it is new and unprecedented.

“A lot of times, as challenging as the roles can be, for EMTs in particular and the ER doctors, there is still a pattern to things. Like how you get things done, how you work your way through problems,” Gupta said. “When you’re dealing with things that are completely new, unfamiliar, that can be really challenging.” 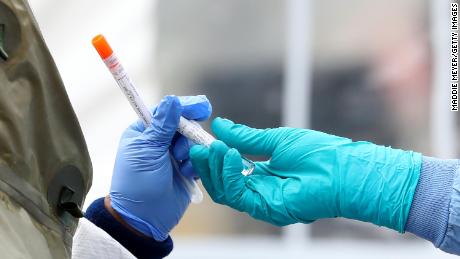 In addition, health care workers risk spreading the virus to loved ones. Some have chosen to temporarily separate from their families to avoid spreading the illness. Shortages in personal protective equipment, or PPE, have exacerbated those fears, Gupta said.
Last month, at Elmhurst Hospital in New York, health care workers were living in a “constant state of paranoia,” one person who identified as a nurse there but did not want to be named told CNN at the time.

“We don’t know if we even have the virus,” the person said, “and we’re so scared to give it to someone else.”

In a social media post last month, one nurse at a large Long Island hospital in New York shared her feelings on social media, saying, “I haven’t slept because my mind won’t shut off.”

The nurse, who said she works in a Covid-19 triage area, said the previous night was “so far the worst I have seen.”

Patients were streaming in nonstop, she said, coughing and sweating, with fevers and “fear in their eyes.” The nurse wrote that she cried in the bathroom during her break, peeling off the PPE that left indentations in her face.

“I cry for my co workers, because we know it will get worse and I already feel like that is impossible and we are already at our breaking point,” she said. “I cry for the parents, children, siblings, spouses who cannot be with their loved ones who may be dying but can’t have visitors because there is no visiting allowed.”

Dr. Shahdabul Faraz, a resident physician at Beth Israel Deaconess Medical Center in Boston, wrote for CNN about how Covid-19 hospital policies have led to isolation.

“These policies serve an important purpose, but it also means that providers lack adequate peer support. We no longer spend as much time with our colleagues. People have stopped eating together. There are no more meetings or collective coffee breaks,” he wrote.

“To make matters worse, many of us cannot even find solace in our own homes. Some providers have taken refuge in their basements or garages or have completely moved out in the hopes of safeguarding their family members from the virus.”

CNN’s Elizabeth Joseph and Carma Hassan contributed to this report.