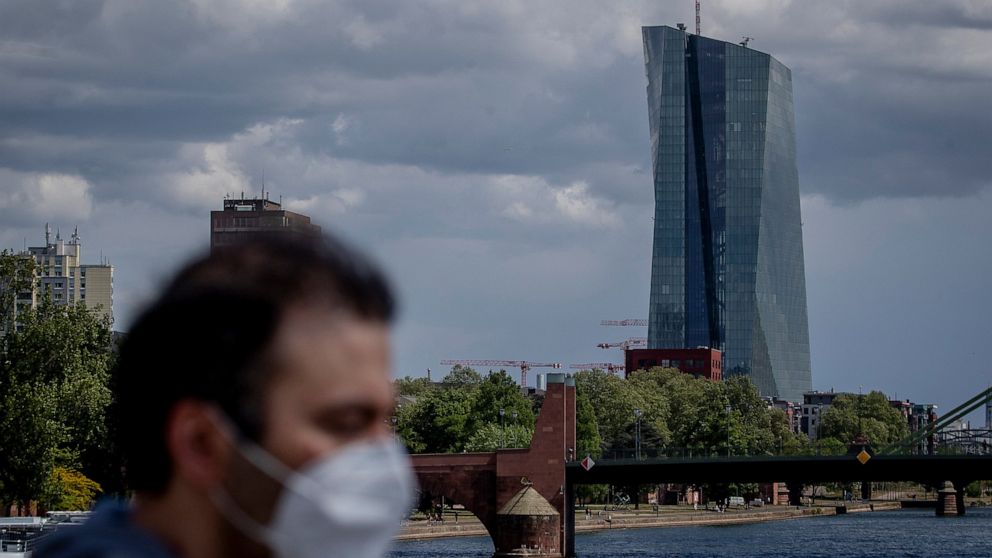 The European economy shrank by 3.8% in the first quarter as business activity was frozen by shutdowns aimed at preventing the spread of the coronavirus

FRANKFURT, Germany — The European economy shrank by 3.8% in the first quarter, the most since records began, as business activity was frozen by shutdowns aimed at preventing the spread of the coronavirus.

It was the biggest drop since statistics started in 1995 and bigger than the plunge in the midst of the global financial crisis in the first quarter of 2009 after the bankruptcy of U.S. investment bank Lehman Brothers.

Unemployment, however, rose only slightly even amid the massive shutdowns that idled everything from florists to restaurants to factories. The February jobless figure from European Union statistics agency Eurostat rose to 7.4% in March from 7.3% in February. Millions of workers are being supported by temporary short-hours programs under which governments pay most of their salaries in return for companies agreeing not to lay people off.

Some of the lockdowns are already easing for some businesses in some countries but major industries such as hotels, aviation and tourism are still in a deep freeze and prospects for recovery are uncertain.

The figures for the 19 countries that use the euro currency come ahead of a meeting of the European Central Bank, which analysts think may expand its bond purchase program that supports governments and borrowing markets. That decision may not come Thursday but markets are awaiting an assessment from ECB head Christine Lagarde.

The bank has launched a 750 billion euro bond purchase program that has kept a lid on borrowing costs for heavily indebted governments such as Italy and loosened financial requirements for bank capital cushions so that the public health crisis does not turn into a financial markets crisis.