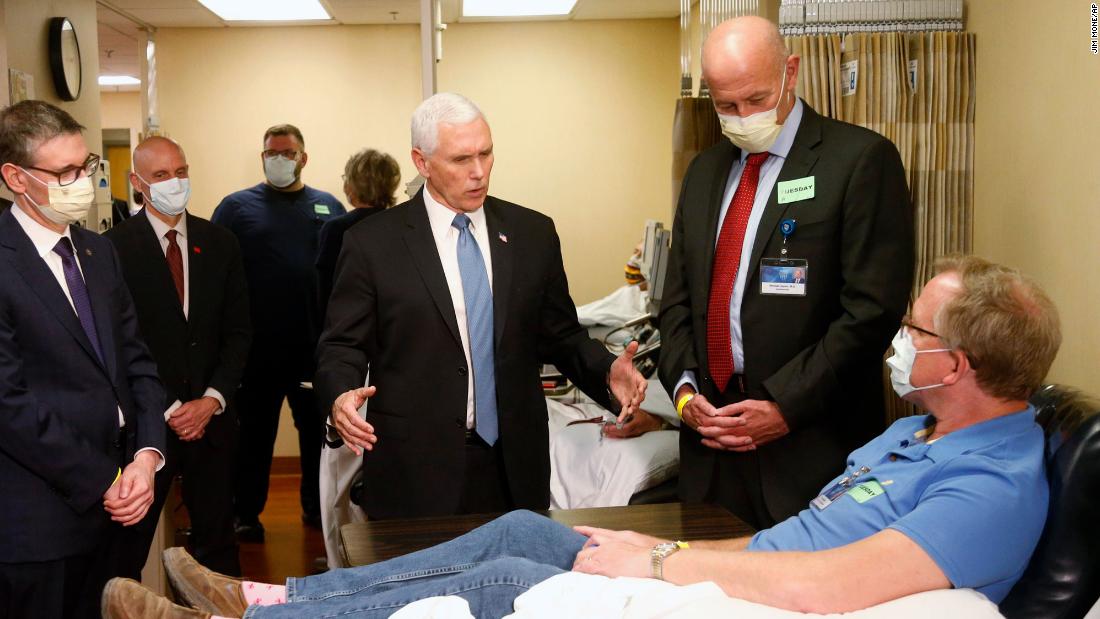 Citing how often he’s been tested for the virus, Pence said during a Fox News town hall, “I didn’t think it was necessary but I should have worn the mask at the Mayo Clinic.”

The concession comes after a mask-less Pence thanked workers, conferred with hospital administrators and spoke with a Mayo Clinic employee who was donating plasma at the facility.

The clinic had briefed Pence’s team in the days leading up to his trip about their policy requiring face masks, a person involved in planning the visit previously told CNN. The briefing came after the White House reached out last week about a potential visit. The person said when the clinic told the White House about the policy, it wasn’t clear whether Pence would wear a mask.

When Pence and the team, including reporters, arrived at the clinic, personnel from the facility had masks available for the group, including Pence. During the tour, the rest of the entourage wore masks except Pence.

A spokeswoman for Pence, Katie Miller, had told CNN the day after the tour that “we don’t feel it was a mistake” that he wasn’t wearing a mask.

Notably, the Mayo Clinic’s policy requiring that visitors wear masks is based on guidance from the Trump administration.

The Centers for Disease Control and Prevention recommended in early April that Americans consider wearing face coverings when in public to help prevent the coronavirus spread from asymptomatic carriers. In announcing the new guidance, however, President Donald Trump said at the time that he would not partake.

“I don’t think I’m going to be doing it,” the President remarked, going on to suggest it was hard to envision such a thing in the Oval Office. “Wearing a face mask as I greet presidents, prime ministers, dictators, kings, queens — I just don’t see it.”