President Donald Trump expressed optimism that there would be a coronavirus vaccine by the conclusion of 2020.

‘We are very confident that we are going to have a vaccine by the end of the year,’ he said Sunday night.

Trump made the comment to Fox News Channel hosts Bret Baier and Martha MacCallum, who were hosting a virtual town hall Sunday night from the Lincoln Memorial. 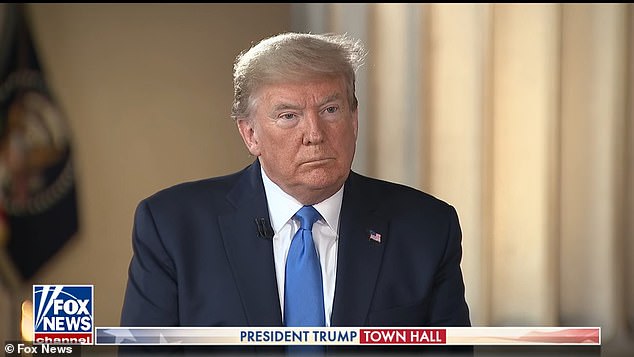 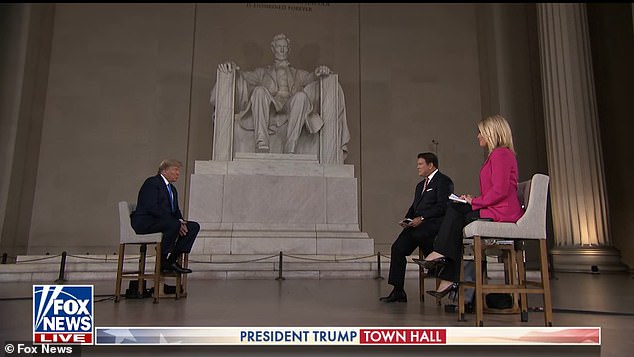 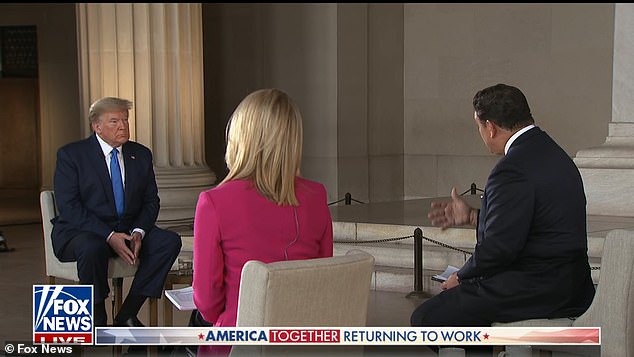 ‘We think we’ll have a vaccine by the end of this year. And we’re pushing very hard. We’re building supply lines now and we don’t even have the final vaccine,’ Trump said.

He pointed to Johnson & Johnson as one company making a dent.

‘Many companies, I think, are close,’ he told the Fox News Channel hosts.

Admitting that it didn’t sound like his usual ‘America First’ rhetoric, Trump answered, ‘I don’t care,’ when asked how he would feel if another country developed a successful vaccine first.

‘I really just want to get a vaccine that works,’ the president said.

He added that the U.S. was working alongside Australia and also the United Kingdom, and brought up Prime Minister Boris Johnson, who became extremely ill from COVID-19.

‘He thought it was over, it was vicious,’ Trump said.

The president said he wasn’t worried about people volunteering for vaccine trials.

‘No, because they’re volunteers,’ Trump said. ‘They know waht they’re getting into,’ he added, calling those who sign up ‘good people.’

The president said he’d like to see therapeutics, too, that would work to cure patients who have COVID-19.

‘I would rather have therapeutics, something to make people better, not a cure, at least a therapeutic,’ Trump said.

Most recently, the Federal Drug Administration authorized the use of the anti-viral drug Remdesivir for COVID-19 cases.

The president also continue to tout the anti-Malaria drug hydroxychloroquine.

He then used that moment to attack his political opponents.

‘Here’s what we’ve been reduced to in this country,’ Trump began. ‘The Democrats, the radical left, whatever you – would rather have people, I’m going to be very nice, I’m not going to say die – would rather see people not get well because they think I’m going to get credit, if hydroxychloroquine works.’

‘I have nothing to do with hydroxychloroquine,’ the president went on, mentioning how some media reports suggested he owned the company that makes the drug. ‘Other then, if it worked, it would be great.’