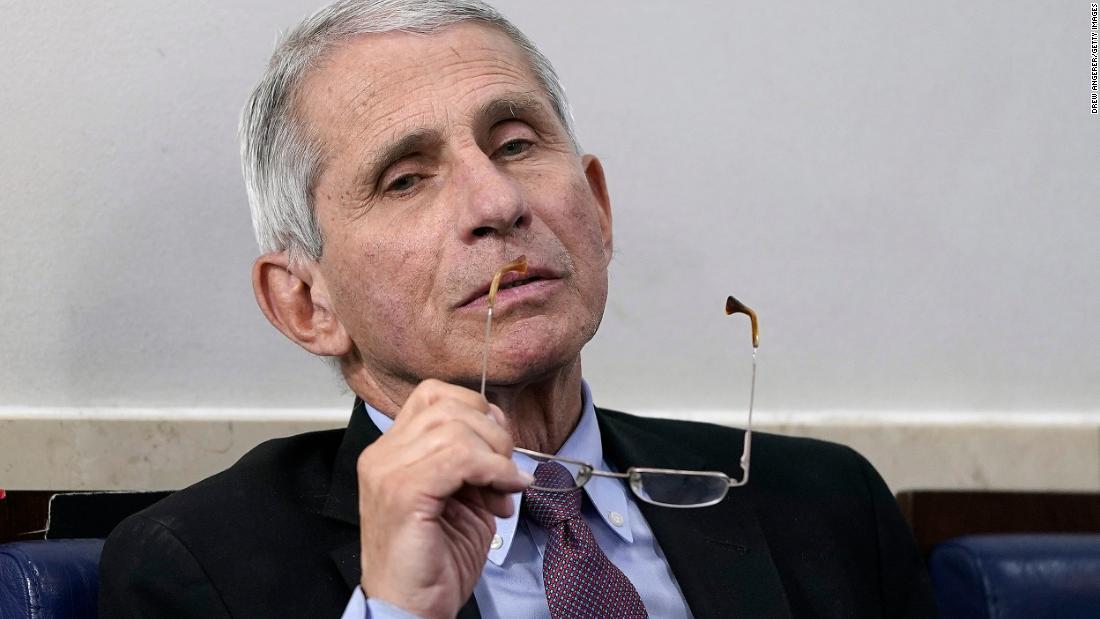 Fauci has been targeted by critics online who are unhappy with his recommendations to continue social distancing in order to slow the spread of the coronavirus. President Donald Trump breathed life into these complaints when he retweeted an individual who used the hashtag “#FireFauci” in a tweet last month, though the President emphasized that he had no plans to dismiss the nation’s top infectious disease expert from the coronavirus task force.

“There are people that are going to be disagreeing with me. Some of them, rather violently in many respects, you know, telling me that I am crazy, fire Fauci, do this, do that. That is part of the game,” Fauci told CNN’s Chris Cuomo on “Cuomo Prime Time.”

“I am just going to keep giving you the information that I feel is necessary to make that decisions that I think are prudent decisions.”

His comments come as more states loosen their stay-at-home orders, prompting researchers to predict a sharp increase in the virus’s death toll this summer. Public health experts, including Fauci, have repeatedly stressed the dangers of relaxing social distancing measures too early.

“I feel I have a moral obligation to give the kind of information that I am giving,” he said Monday. “People are going to make their own choices, I cannot — nor anybody — force people under every circumstance, to do what you’d think is best.”

Fauci has garnered sustained criticism from the President’s allies in conservative media for his willingness to directly refute Trump and counter his more optimistic rhetoric about the pandemic. Among them was the conservative who called for Fauci to be fired after he said in a CNN interview more could have been done to prevent the spread of coronavirus.

Trump retweeted it but later pushed back on the idea that he might fire Fauci.

“Today I walk in, I hear I’m going to fire him. I’m not firing him. I think he is a wonderful guy,” the President told reporters during the daily White House briefing.

Trump said his retweet doesn’t matter, and the tweet was “somebody’s opinion.” The President said he did notice the “fire Fauci” hashtag before he retweeted it.