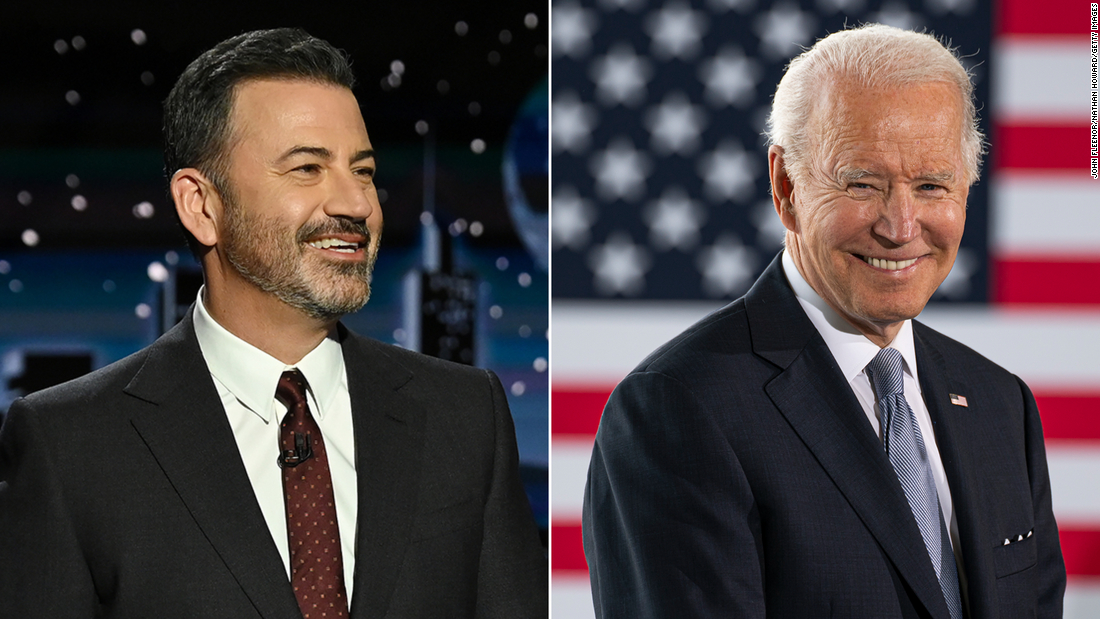 President Joe Biden made his first in-person appearance on a late night talk show when he stopped by “Jimmy Kimmel Live!” Wednesday night.

Then Kimmel and President Biden didn’t waste anytime jumping right into talking about politics with regard to gun control.

“Trump passed those out like Halloween candy,” Kimmel said of executive orders.

Biden explained to Kimmel that he has issued executive orders “within the power of the presidency” regarding guns.

“But what I don’t want to do, and I’m not being facetious, I don’t want to emulate Trump’s abuse of the constitution,” Biden told Kimmel. “I often get asked, ‘look the Republicans don’t play it square, why do you play it square?’ Well, guess what? If we do the same thing they do, our democracy will literally be in jeopardy.”

Kimmel pushed back a bit at this assertion saying, “it’s like you’re playing Monopoly with somebody who won’t pass ‘Go’ and won’t follow any of the rules.”

“How do you ever make any progress if they’re not following the rules?” Kimmel asked.

“You got to send them to jail,” he said, referencing the square in the board game.

Biden and Kimmel also spoke about inflation, which Biden called “the bane of our existence.” The President mentioned that it’s mostly in food and gasoline.

“That’s what kills you because it’s a little billboard telling everyone how expensive everything is,” Kimmel said. “If Donald Trump leaves one of those Sharpies over for you, you could maybe change the price on that, you know?”

“Last night we announced that our President, Joe Biden, would be stopping by,” Kimmel said on Monday’s show. “He will be here, which is nice, because it gives the gang at Fox News something to scream about all week.”

Kimmel then showed a clip of Fox Business host Dagen McDowell saying that the interview takes place in the “land of insanity in which we all live.”

“Oh, I see. What I do is insane. You guys telling us we should arm P.E. teachers to protect kids. That makes sense,” he said.

Kimmel then used some late night language to make his point even further.

“Tucker Carlson giving Vladmir Putin a reach around every other night, sane,” he said. “President on a late night talk show, insane. Got it.”

Having Biden join Kimmel, in particular, may be a savvy move by the White House. Kimmel has used his platform to make emotional stands about issues core to progressives’ values, including Obamacare and gun control.

It’s quite the evolution for Kimmel who started his career as the raunchy host of Comedy Central’s “The Man Show” before writing songs about “f**king Ben Affleck” and reading Mean Tweets on the ABC late night show.

But Kimmel’s entry into the political world was not much of a choice for the comedian. Many of the issues that Kimmel has taken on are personal for him.

Kimmel passionately spoke about the health care debate following the birth of his son, Billy, who was born with a serious heart issue. As for gun reform, Kimmel broke down in tears after a mass shooting took place in Las Vegas, his hometown, in 2017.

The reason that Kimmel has been able to stand out as this late night voice of the people is because “Kimmel simply sounds like a regular guy making reasonable points,” according to Bill Carter, a CNN analyst who has written multiple books about late-night TV.

“Probably more than any other current late-night host, Kimmel projects solid working-class and family values,” Carter said. “He seems to most viewers a guy who could share a beer and slice of pizza with anybody.”

Jimmy Kimmel becomes emotional after Texas shooting: ‘These are our children’

Carter added that when Kimmel is on “the edge of emotional breakdown over his fears for his newborn son, or the massacre of innocent people in his hometown,” it doesn’t come across to most viewers as “Hollywood activism.” Instead, “it comes across as human activism,” he wrote.

As for Biden, the reason for the appearance is clear: it helps humanize him to voters and get his message across to millions.

Biden and his advisers have been frustrated in recent months as their attempts to get the President’s message to break through to voters have been less than successful. CNN reported last week that the White House is looking for more opportunities to show off Biden’s personality outside of the staid set-piece speeches that have mostly marked their public relations strategy in the initial stage of his presidency, giving him little opportunity for the unscripted moments that have become a core part of his political identity over his long career.

The Kimmel appearance is a chance for him to show off the retail politician traits he’s honed during his more than 50 years in politics — traits he’s not often been able to use due to a lack of interaction with real voters driven first by the Covid-19 pandemic and then a series of crises that have kept him at the White House.