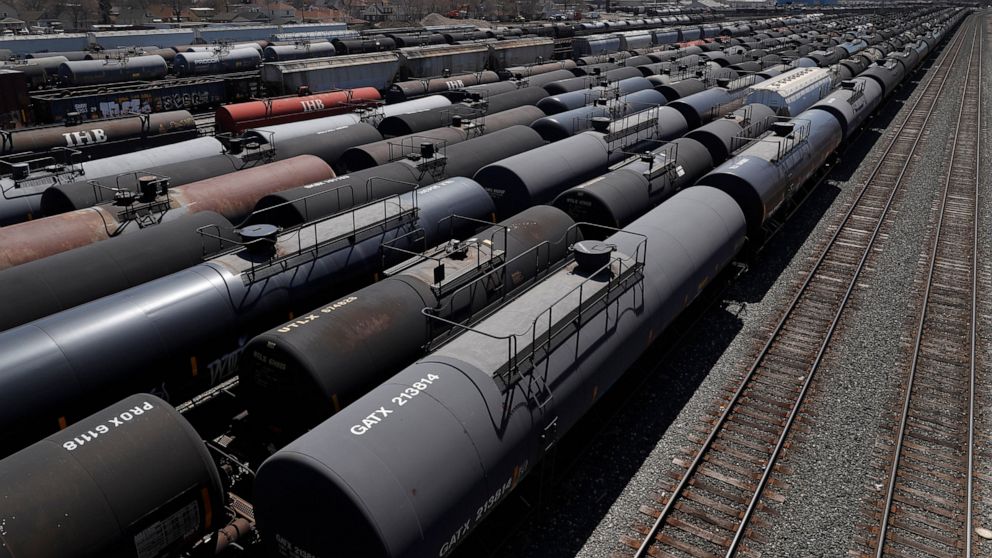 BEIJING — The price of oil remained under pressure on Wednesday after crashing over the past week, while stocks were stable as investors sought clues about the coronavirus pandemic’s mounting economic impact.

After falling by almost 50% in the past five days, the price of U.S. oil was down another 5 cents at $11.52 a barrel, highlighting concerns about a glut of supply, a lack of storage space in the U.S. and crashing demand for energy around the globe.

The volatility in oil markets weighed heavily this week on stock markets, which recovered their poise on Wednesday. European indexes were up by almost 1% after Asia largely closed higher, while Wall Street futures pointed to moderate gains on the open.

The plunge in oil prices “has stirred wider concerns of a sharp economic slowdown,” analyst Hayaki Narita of Mizuho Bank said in a report.

On Monday, the price of a U.S. barrel to be delivered next month fell to below zero. That meant traders were paying others to take it off their hands so they wouldn’t need to find places to store the swelling surplus.

The international benchmark for oil, Brent, has also dropped sharply, though it has been spared the extreme volatility of the U.S. contract as its storage does not depend on U.S. facilities to the same extent. It was down 3 cents at $19.30 a barrel, having traded at $28 just last week.

“Global markets are struggling mightily with a temporary but overwhelming demand drop,” said Stephen Innes of AxiCorp in a report.

Treasury yields fell further, indicating investors were shifting more money into bonds as a safe haven. The yield on the 10-year Treasury, or the difference between the market price and what a buyer will be paid if a bond is held to maturity, dropped to 0.58% from 0.62% late Monday.

Also Tuesday, the U.S. Senate approved a virus aid bill worth nearly $500 billion. It would provide more loans to small businesses and aid to hospitals.

Still, economic data are bleak. A report Tuesday showed the steepest drop for U.S. sales of previously occupied homes since 2015.

Pessimists say the market’s rally has been overdone and that a premature reopening of the economy could lead to only more flareups of infections.