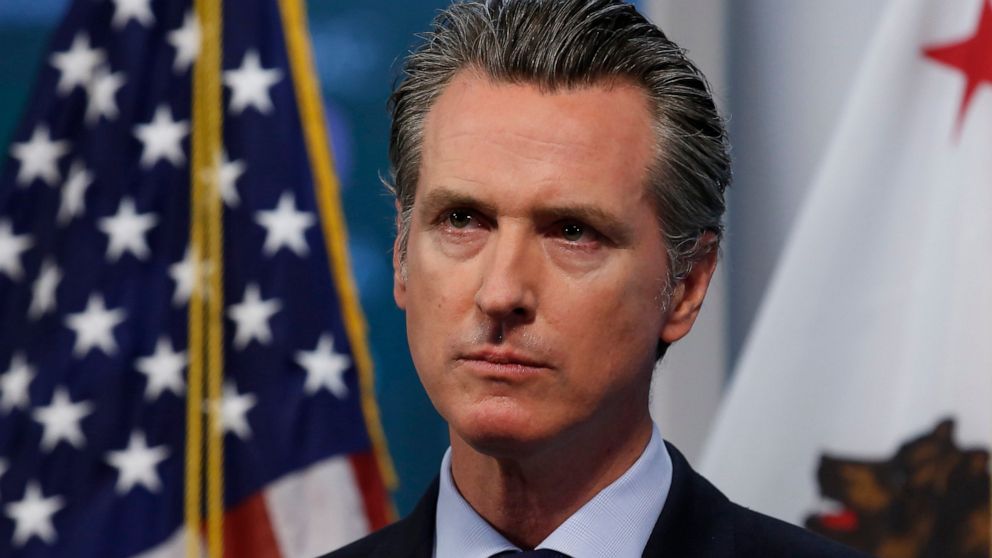 SACRAMENTO, Calif. — California will be refunded $247 million it paid to a Chinese company under a major deal for protective masks after the company failed to meet a deadline for federal certification of the masks, Gov. Gavin Newsom’s administration said Wednesday.

Newsom announced the contract last month to fanfare, saying California had inked a nearly $1 billion deal for 200 million protective masks per month amid the coronavirus pandemic. Most were set to be tight-fitting N-95 respirator masks, while the rest would be looser-fitting surgical masks. Millions of the surgical masks already arrived, but the company missed an April 30 deadline outlined in the contract for certification of the N95 masks by the National Institute for Occupational Safety and Health.

The respirator masks were set to start arriving this month, with tens of millions planned for shipment in May. The governor’s office provided no details on what caused the certification delay.

The $247 million is half of an up-front payment the state made for the contract in April in an unusual move of making a payment before goods were delivered. The state could’ve clawed back all of its up-front payment under the original agreement, but an amendment signed Wednesday gives the company another month to meet the certification. If the masks aren’t certified by May 31, California can get the rest of the payment back in early June.

The state paid $3.30 per N95 and 55 cents per surgical mask under the contract. The state made a seperate $104.7 million payment last week for the delivery of the surgical masks.

While the state initially sought 100 million surgical masks through the deal, it now plans to buy even more, according to the amendment, though it didn’t include a specific number. The state and BYD must set an updated delivery schedule for the surgical masks by Friday.

Newsom said last month that the state and federal governments had “teams on the ground” in China auditing and visiting BYD’s factories.

Newsom’s administration declined for weeks to share the contract publicly, prompting criticism from lawmakers. On Tuesday, the state’s Office of Emergency Services and Department of General Services denied the Associated Press’ request for the contract, saying sharing it could jeopardize the delivery of the supplies.

But Newsom reversed course, saying he wanted to release it to be “as transparent as possible.” When the surgical masks began arriving, Newsom said he was confident the supplies would arrive and he became more comfortable sharing the details. He said the state’s payment of $3.30 per mask was low compared to other states and federal buyers that had paid about $6 to $7 per mask.

The contract shows the agreement with BYD goes through June 2020, with an option for one-month extensions. It states everything made under the agreement must be “newly manufactured” and that the company cannot use sweatshop, forced, child or other controversial labor practices. The company has in the past faced accusations of unfair labor practices.

While the masks will be made in China, the contract requires the company to comply with various U.S. and California environmental and labor laws.

Republican Assemblyman Jay Obernolte, vice chairman of the Assembly Budget Committee, commended Newsom’s administration for “doing the best that they can to navigate a difficult situation” with certification of the masks. But he was frustrated they waited so long to release the contract.

“Our frustration is the Legislature has a constitutional duty to provide spending oversight over these taxpayer resources, and we feel like we have not been able to exercise that duty in the last six weeks,” he said.

When the treasurer’s office asked for confirmation the vendor had been vetted on April 8, the day after Newsom announced the deal on MSNBC, Thomas Todd in the Department of Finance said “they’re vetting the vendor as we speak.”

This isn’t the first time California wired money that was then returned for masks. In March, California wired nearly half a billion dollars to Blue Flame Medical LLC for 100 million masks, but canceled the deal and got its money back later that day, CalMatters reported on Wednesday.

Separately, the state was refunded $8.7 million less than two weeks after wiring the amount to a company with a Florida address, Hichens Harrison Capital Partners, according to documents from the treasurer’s office. The company, which has a subsidiary in Brazil and business with China, currently advertises an “exclusive line of ventilators” on its website.

In an April 13 email to California officials, Peter Leite, the president of Hichens Harrison Capital Partners, wrote the order was canceled and the money would be returned. Leite referred questions about the canceled transaction to the state on Wednesday. Spokesman for the governor’s office and the Office of Emergency Services didn’t immediately answer questions about the transaction.